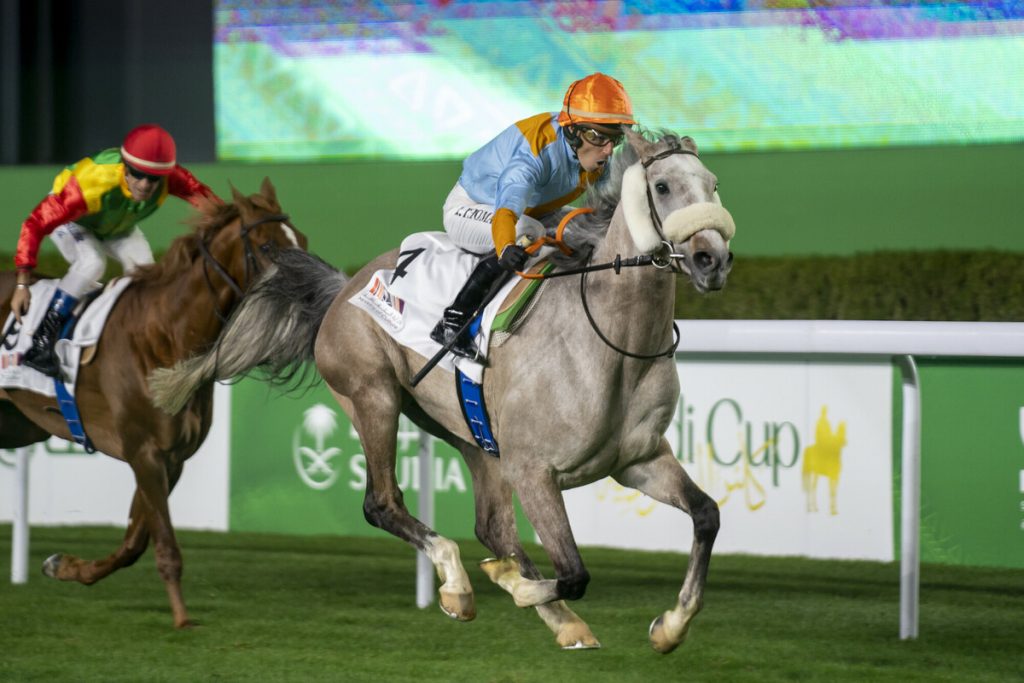 Life Is Good in US $12 million Dubai World Cup Group1

Winner of the G1 Breeders’ Cup Dirt Mile and Pegasus World Cup on his last two starts, the Todd Pletcher-trained Life Is Good faces stiff opposition from three of his compatriots in the US $million Dubai World Cup, last race on the 9 race card. Doug O’Neill’s Hot Rod Charlie, who has been based in Dubai since January and took the G2 Maktoum Challenge R2 last time, as well as Bob Baffert’s Country Grammer and the Steve Asmussen-trained Midnight Bourbon, second and third in the G1 Saudi Cup three weeks’ ago are aiming at the win.

There are three UAE-based runners; G2 Zabeel Mile winner Real World represents trainer Saeed Bin Suroor, a nine-time winner of this race, while Hypothetical and Remorse, who finished first and second in the G1 Maktoum Challenge Round 3 last time out, go for Salem Bin Ghadayer and Bhupat Seemar. The sole UK raider is the William Haggas-trained Grocer Jack.

“We are delighted with the strength of the entries for the 26th Dubai World Cup meeting,” said Major General Mohammed Essa Al Adhab, General Manager of Dubai Racing Club. “We have strength and depth across all nine races and it’s wonderful to have so many different countries represented.

“We are also extremely happy to be able to welcome back a capacity crowd for the first time since 2019 and we hope that everyone will enjoy a superb evening of racing.”

The main supporting race is the $6million Longines Dubai Sheema Classic, which has attracted a likely field of 14, including Group 1 winners Glory Vase and Shahryar, from Japan, as well as Yibir, impressive winner of the G1 Breeders’ Cup Turf for Charlie Appleby. A strong turnout from the UK includes William Muir’s G1 Coronation Cup winner Pyledriver, as well as Haggas’ Dubai Honour and Alenquer and Hukum, trained by Owen Burrows.

The UK also has strong representation in the G1 Dubai Turf (sponsored by DP World), over 1800metres, in which the John Gosden-trained Lord North will defend his title but faces opposition from popular three-time Dubai winner Lord Glitters, trained by David O’Meara, as well as Japanese raiders Schnell Meister, Vin De Garde and Panthalassa.

The card has a pair of fascinating sprints, including the 1200m dirt G1 Dubai Golden Shaheen (sponsored by Atlantis Dubai) which sees US Grade 1 winners Dr. Schivel and Drain The Clock go up against Japanese stars Copano Kicking, Chain Of Love and Red Le Zele.

The G1 Al Quoz Sprint (sponsored by Azizi), over 1200metres on turf, sees an intriguing clash between three of Appleby’s stars; the G1 Ascot Champion Sprint winner Creative Force and rapid improver Man Of Promise, successful three times over the track, as well as G2 Al Fahidi Fort winner Naval Crown. They are up against European Group 1 winners Emaraaty Ana and A Case Of You, while Bill Mott sends out Casa Creed, a narrow second in the 1351 Turf Sprint in Saudi last time out.

The card also stages three Thoroughbred Group 2s. Defending Champion Secret Ambition takes on a strong bunch of locals, including his stablemate Al Nefud, in the Godolphin Mile (sponsored by Nakheel.) Later on, Argentine Derby winner Irwin is among a cosmopolitan cast for the UAE Derby (sponsored by Mubadala) which also includes Baffert’s G1 Del Mar Futurity winner Pinehurst who narrowly held off the re-opposing Sekifu in the Saudi Derby.

Also successful in Saudi was Stay Foolish and Yoshito Yahagi’s star takes on a formidable field in the G2 Dubai Gold Cup, over 3200metres on turf. His rivals include Appleby’s Manobo, unbeaten in all five starts including in the G3 Nad Al Sheba Trophy over this course.

On 26 March, the Kahayla Classic is due off at 3:45pm (UTC/GMT +4 hours-8 hours ahead of New York), with the Dubai World Cup scheduled to take place at 8:30pm. Gates open at 12pm and tickets are available from dubairacingclub.com
~ ERA