18 February 2022, Doha, Qatar ~ Under the patronage of H.H. the Amir Sheikh Tamim Bin Hamad Al Thani and with H.H. Sheikh Mohammed Bin Khalifa Al Thani and H.E. Sheikh Joaan Bin Hamad Al Thani, the events of the H.H. The Amir Sword Festival continued on Friday, 18 February, with the second day of the Festival. The day saw a bumper eight cup race card and it was wrapped up with the Irish Thoroughbred Marketing Cup.

In the penultimate race, Al Shaqab Racing’s homebred AL MIRAGE (QA) (AF AlBahar x New Princess) continued his excellent form. Under Faleh Bughanaim, the 4YO colt recorded a double on the day for trainer Eric Lemartinel winning the Gulf Cup, a mile contest for 4YO+ Purebred Arabians by a length and a quarter. This was AL MIRAGE’s third win in five starts so far and he finished second in one of the other two. Such a brilliant start to his career suggests he could be a superstar in the making. 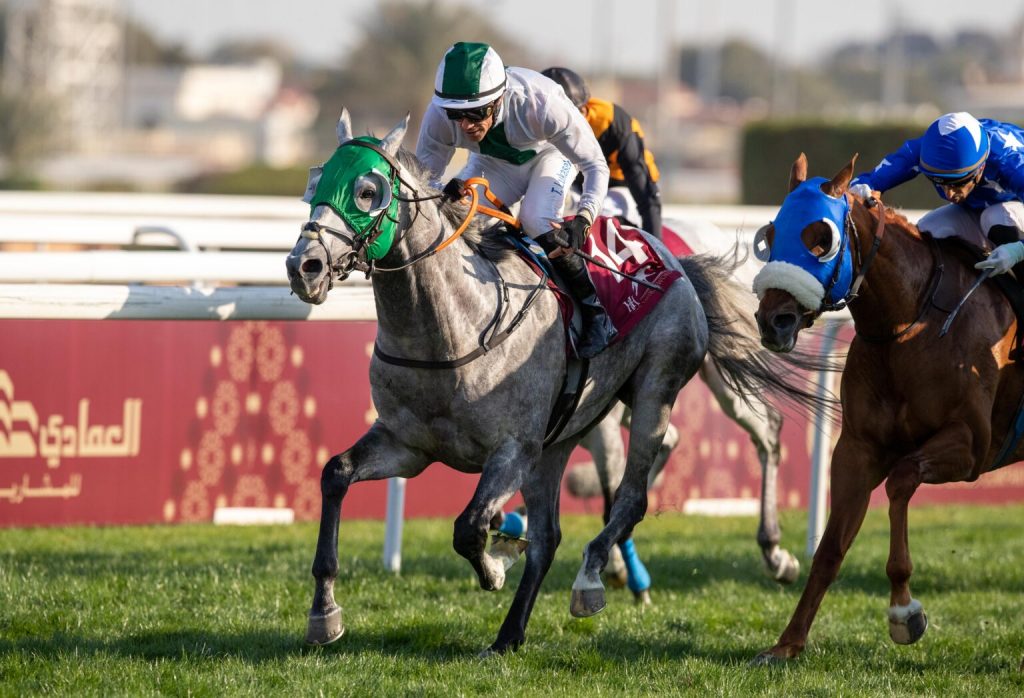 Al Wasmiyah Farm’s homebred KADUPUL (FR) (Dark Angel x Cup Cake) continued her brilliant record in Qatar with a fourth win in seven starts, winning the 1600m Thoroughbred Rose Cup for 3YO+ fillies and mares by over a length for trainer Georges Mikhalides with Tom Marquand in the saddle. Eric Hoyeau, Director of Arqana, presented the Cup to Mohammed Bin Hamad Al Attiyah. 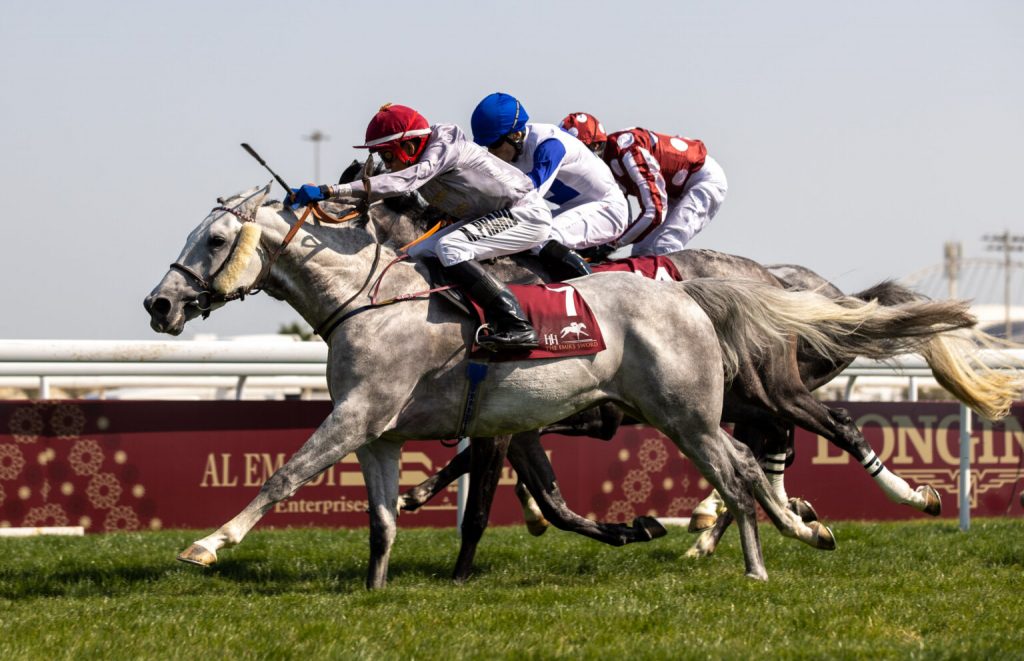 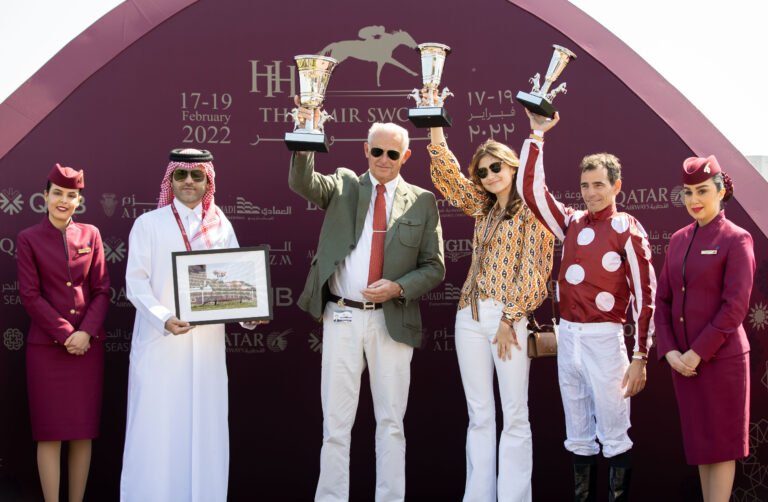 Earlier on the day, Umm Qarn and Alban de Mieulle picked up where they left off the day before with BLUE STAR (QA) (Al Mamun Monlau x Raqiyah) winning the opener, a Local Purebred Arabian Graduation Cup, completing a double on her fourth career start. Ronan Thomas rode the 4YO filly to an impressive victory by almost four lengths in the 1600m contest for fillies and mares. Omran Mohammed Darwish, QREC PR & External Communication Director, crowned the winners.