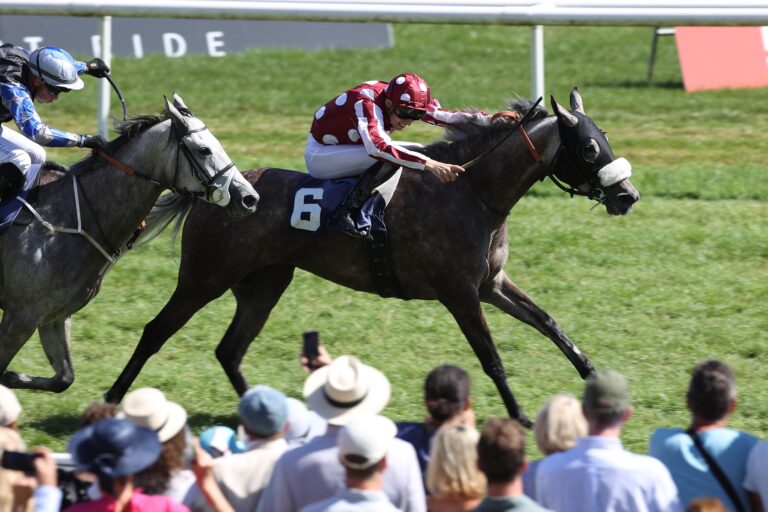 7 September 2022, Germany ~ Following up on her Listed (PA) win at Mons in Belgium last month, the talented five-year-old pure-bred Arabian Queenshala (Al Mamun Monlau x Al Ramtha) carried the colours of her owner, His Highness Sheikh Abdullah Bin Khalifa Al Thani, to the biggest success of her career when landing the Gr.2 (PA) The President of the United Arab Emirates Cup at Baden-Baden (GER) on Sunday, 4 September.

Having opened her account in October 2021 when trained in Doha, the May-born five-year-old has now won six of her 12 career starts and has consistently produced solid efforts at stakes level. Queenshala was the first winner in the silks of His Highness Sheikh Abdullah Bin Khalifa Al Thani for her young French-based trainer Jean De Mieulle when scoring at Mons three weeks ago, having joined the stable earlier this year.

Setting off towards the rear of the seven-runner-field, the blinkered Queenshala took advantage of an opening on the rail on the turn for home under jockey Olivier d’Andigne. With a strong challenge up the middle of the track, Queenshala took the lead inside the final 300m and held on bravely to score by just under a length from the English-trained Ekleel Athbah (Laith Al Khalediah), with the Polish runner, Mayar Al Khalediah (Nashwan Al Khalediah) finishing a further half a length back in third.