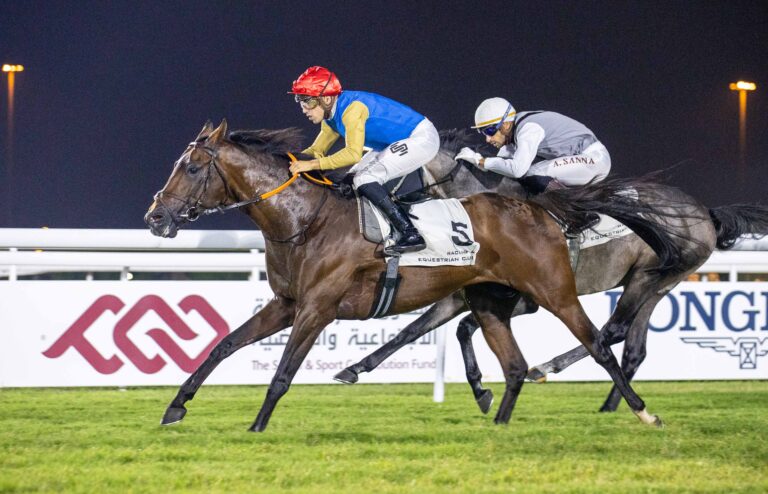 The Wathnan Racing-owned Jabalah (Al Mamun Monlau x Kouthar) won large in the last race of the nine-race card when he landed the feature race, the Umm Bab Cup for trainer Alban de Mieulle with Soufiane Saadi in the saddle. It was a day to remember for the blue and gold colours of Wathnan Racing in their first season ever, who made their way to the Winner’s Enclosure for the first time ever after the second race of the evening and seemed to know their way to it very well as they were back there twice later after the last two races respectively.

There were nine runners in the mile race. Jabalah was drawn outside and was kept by Saadi towards the rear while his stalemate Bin Al Tair (FR) (Al Tair), who broke from barrier 2, was the one who took the lead early and was followed by Algrain (FR) (Dahess), who, in turn, was tracked by Moharram (FR) (Assy). Coming near the final bend, the order of the lead remained unchanged while Jabalah was travelling smoothly in mid-position against the rail. As the pack got into the home straight, Algrain announced his challenge and took the lead, but Jabalah came from outside with an impressive turn of foot to hit the lead and once there, he stayed on gamely to score by ¾ of a length in front of the Khalid Mohammed Al Harami-owned and Abdallah Said Al Balushi-trained Arion (FR) (Dahess), who progressed nicely in the final stages and finished strongly under Alberto Sanna. Algrain, in the colours of Al Shaqab Racing was further 1¼ lengths to finish third under Faleh Bughanaim for trainer Eric Lemartinel. In landing the day’s feature, Jabalah not only completed a treble for the duo of Wathnan Racing and Alban de Mieulle on the day, but also a quick-fire double for the trio of the same owner, the same trainer and jockey Soufiane Saadi. 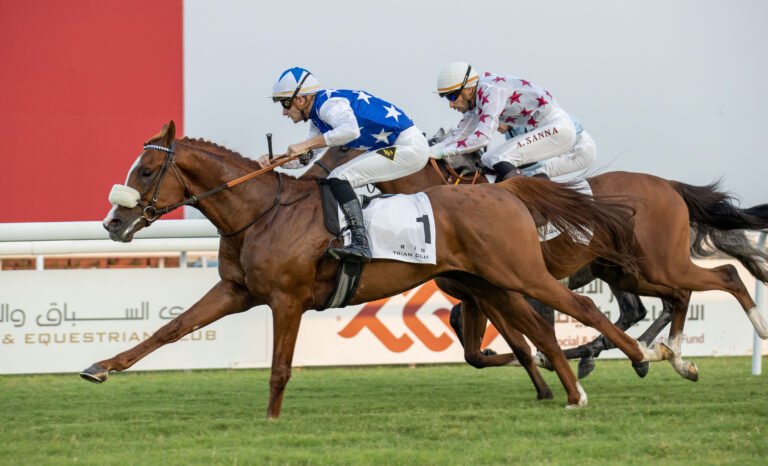 Feel The Burn under Lukas Delozier

Earlier in the day, Al Shahania Stud’s AA Feel The Burn (USA) (Burning Sand x Rich Sister) started the proceedings by making a successful debut for trainer Rudy Nerbonne as he was a good ¾ of a length winner of a 1400m Maiden for 3YO Purebred Arabians. Lukas Delozier was the man onboard. 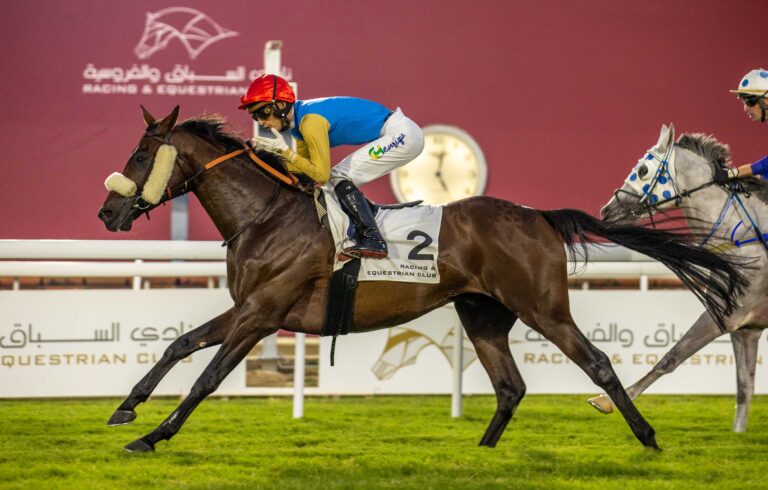 In the second race, Aramis (QA) (General x Noorah) recorded the first victory for Wathnan Racing in their first season ever, which was found later to be a start of an impressive treble. The 4YO won a Maiden for 3-6YO Local Purebred Arabians on his second start. The Alban de Mieulle-trained colt was ridden to a 1¼-length success by Carlos Henrique.