Obaiya Arabian Classic to be Run as Group 2 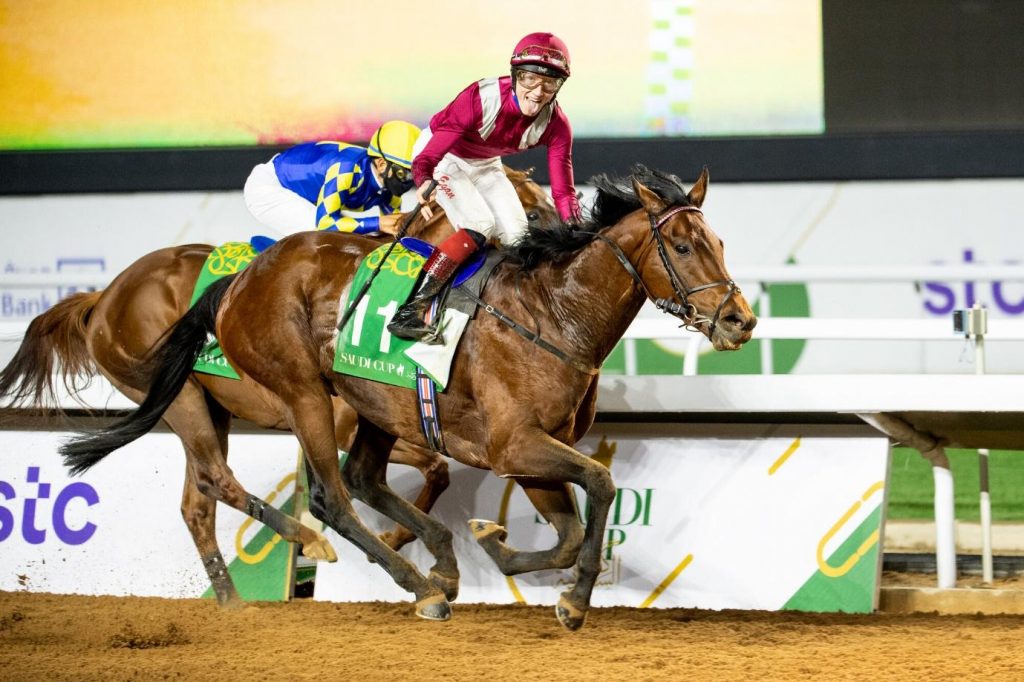 Mishriff will become the highest earning racehorse of all time if he defends his Saudi Cup crown next month. Photo: D. Felice

12 January, 2022, Saudi Arabia ~ The 2022 Saudi Cup meeting has attracted over 700 entries from 22 different countries, including a remarkable 71 international Group 1 winners, all vying to pick up some of the $35.1 million prize money across the two-day meeting on Friday 25 and Saturday 26 February.

Saudi Cup to be run as a Group 1

If he were to record a historic second successive triumph in the third running of The Saudi Cup (1800m), which will be run as a Group 1 for the first time, he would become the highest earning racehorse of all time, eclipsing Australian wondermare Winx.

Japan, a country that won two races on last year’s Saudi Cup card, is responsible for over 90 entries at the meeting and is set to be represented in The Saudi Cup by T O Keynes (JPN), most recently seen landing the Champions Cup, a qualifying race for The Saudi Cup. Breeders’ Cup Distaff winner Marche Lorraine (JPN) is another who could take her place in the $20 million contest.

There is a strong US contingent with over 150 entries, including a number of high-profile contenders for The Saudi Cup. Breeders’ Cup Classic winner and 2021 Saudi Cup fourth Knicks Go (USA) has been given an entry, along with Breeders’ Cup Dirt Mile champion Life Is Good (USA). Other possible runners from the US include Hot Rod Charlie (USA), Mandaloun (USA) and Midnight Bourbon (USA).

South American superstar Aero Trem (BRZ), currently in Dubai, has been entered, while there are some interesting European contenders, including Group 1 winners Sealiway (FR), Skaletti (FR) and Pyledriver (GB). 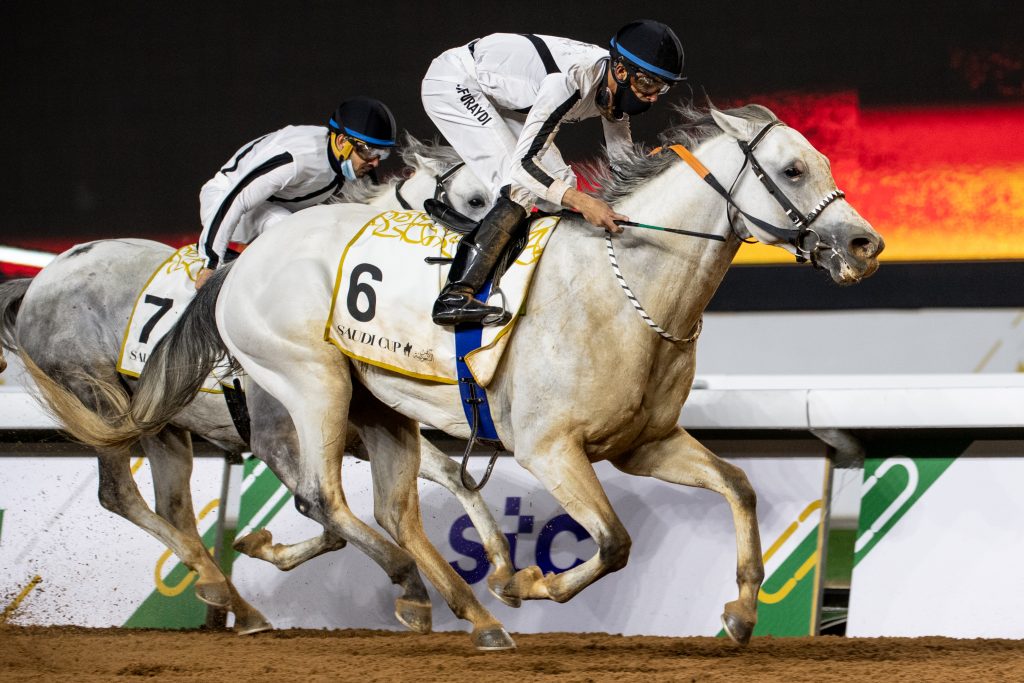 The Japanese have a strong entry in the Group 3 1351 Turf Sprint ($1.5 million up from $1 million in 2021), where Grenadier Guards (JPN) is guaranteed a spot after winning the Hanshin Cup. He could meet Ho O Amazon (JPN) and Songline (JPN), with Breeders’ Cup Turf Sprint runner-up Lieutenant Dan (USA) an interesting US entry.

In the $1.5 million Group 3 Riyadh Dirt Sprint (1200m), the US look to hold a strong hand with Group 1 winners Dr Schivel (USA) and Kimari (USA), as well as the promising Cezanne (USA). The nine-year-old Secret Ambition (GB) could line-up, while last year’s winner Copano Kicking (USA) is entered to defend his crown for Japan.

Arabians in the line up for $3 million

$2 million G2 Obaiya Arabian Classic, last year’s one-two, the locally-trained stablemates Mubasher Alkhalediah (KSA) and Mutwakel Alkhalediah (KSA) are set to take each other on again. A new addition to the Friday card is the Listed Al Mneefah Cup, an international race for Purebred Arabians over 2100m on turf with prize money of $1 million.

The highlight on the opening day of the meeting (Friday 25 February) is the stc International Jockeys Challenge where seven female and seven male jockeys from around the world compete against each other. Last year’s winner Shane Foley from Ireland is back to defend his crown and other jockeys confirmed at this stage are the UK’s Hayley Turner and Glen Boss from Australia.

Tom Ryan, Director of Strategy and International Racing at the Jockey Club of Saudi Arabia, said: “We couldn’t be happier with the entries for the 2022 Saudi Cup meeting. Not only do we have a huge number, over 300 more than last year, but the quality is exceptional with 71 individual Group 1 winners, including last year’s Saudi Cup champion Mishriff.