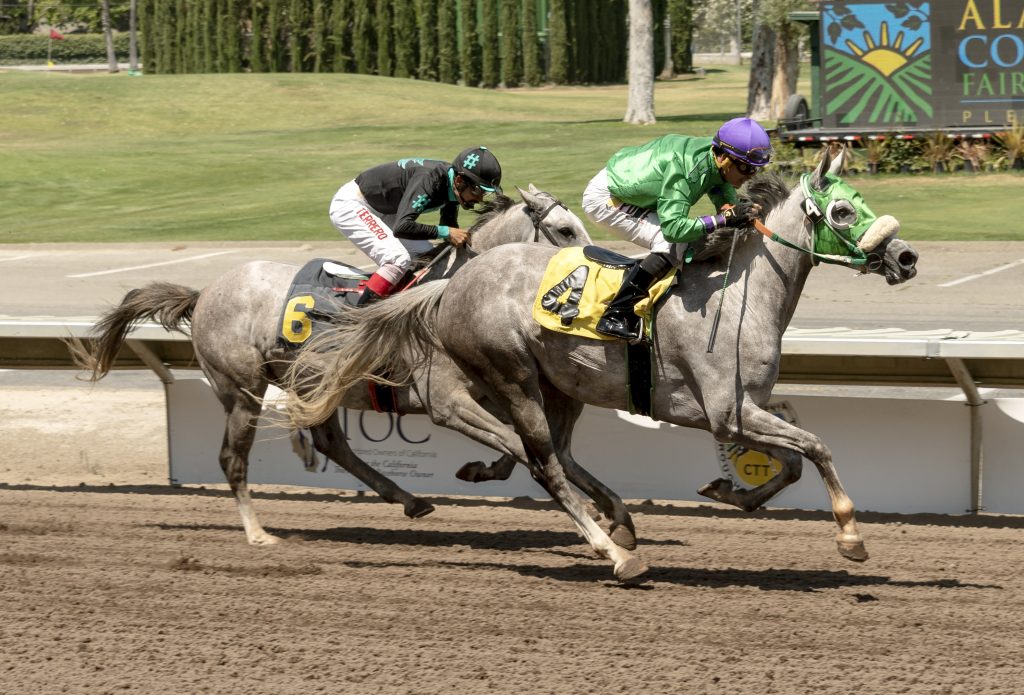 12 July 2021, California, USA ~ The first of the three races in the series, run on Saturday, 10 July 2021, at the Pleasanton race track, saw six horses go to Post as favorite, Scorched, was a late scratch.

While the heat index in the area hovered at 107 degrees, AA Rich Whiskey under Cristobal Herrera was all business. He stalked leader Pockit Rockit around the first turn until catching fire on the way home as RB Hashtag challenged the lead but did not have quite enough room at the end. AA Rich Whiskey is by TH Richie x Salsa Dancer CS by Line Dancer and is owned and trained by Howard Rubin. The win time was 1:13:93 for the 5 1/2 Furlongs on the dirt. 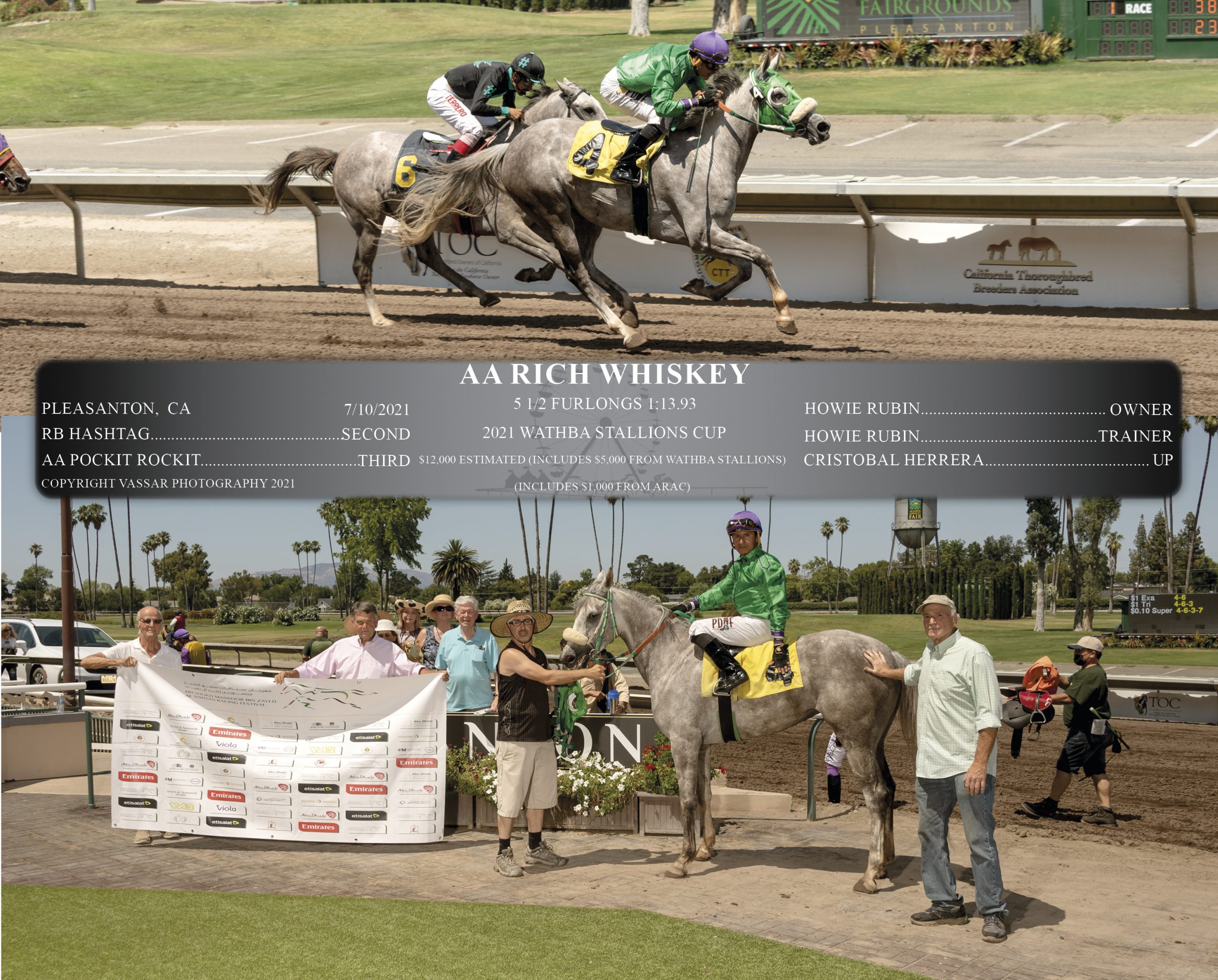 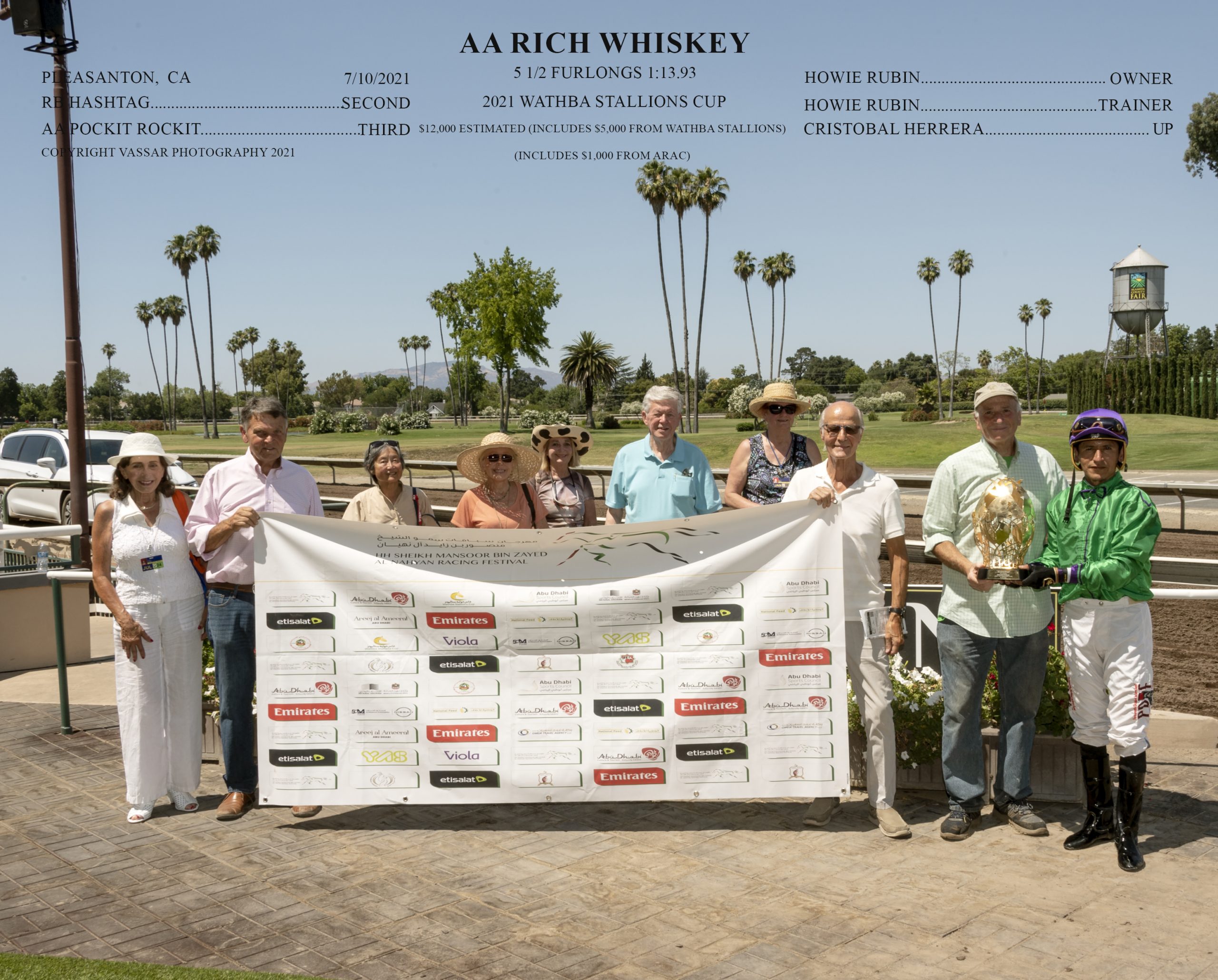