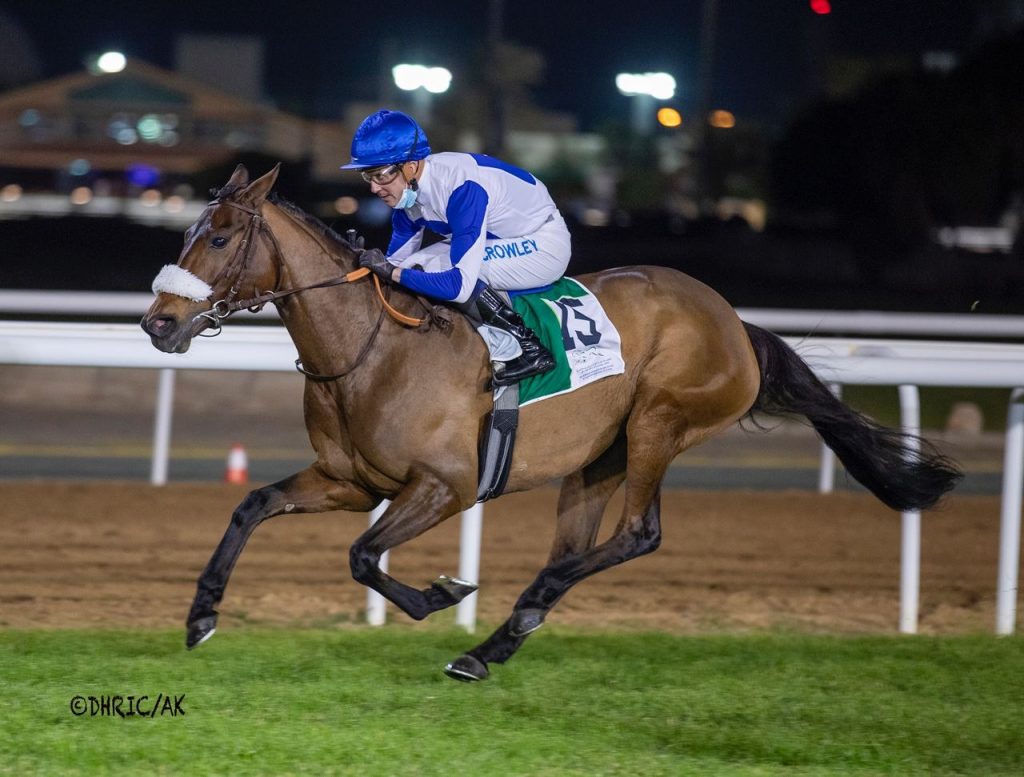 A capacity field of 16 are set to face the starter in the 2200m feature including Lady Princess, (General (GB) x Nacree Al Maury (FR) by Kesberoy (FR) seeking to defend the title she won last year and become the first dual winner of the contest since it was created in 2015, initially replacing the 1600m National Day Cup. The distance was increased to 2200m in 2020.

Trained in France by Thomas Fourcy, Lady Princess has won all her five most recent outings, starting with this prize last year and will be again partnered by Jim Crowley, aboard for all bar one of those victories.

First Classs (DAHESS (GB) x Toppoftheclass (US) by Genuine Monarch (US) was a winner at Meydan on Dubai World Cup night in March, registering a narrow success in the only Purebred Arabian contest on that card, the 2000m Group 1 Kahayla Classic. That was on dirt, and he has twice been well beaten by Lady Princess on turf in Europe over the summer.

Course specialist Hameem, seeking his ninth success in the capital for Abdallah Al Hammadi and Al Ajban Stables, won the course and distance prep race three weeks ago under Dane O’Neill who maintains the partnership.

They were only sixth, in March, in the Group 1 HH The President Cup won by Somoud who has disappointed in this race in each of the last two seasons but is a multiple Group One winner over this 2200m Abu Dhabi course and distance.

Ashton Tourettes chased home both Hameem in the prep and Somoud in last season’s HH The President Cup and connections will be hoping he can go one better in a wide open renewal.

Others to consider include Djafar, Hayyan, Soko and Teema but a case could be made for most of the 16.

The main support race is the 1600m Group 3 Sheikh Zayed bin Sultan Al Nahyan National Day Cup for which 13 have been declared, the weights headed by AF Sanad, penalised for his victory in the Group 3 Al Ain Mile at the beginning of March.

Also over 1600m and the first of the three feature Thoroughbred races to be staged on the Abu Dhabi turf each season, the Listed Sheikh Zayed bin Sultan Al Nahyan National Day Cup will also be contested by the capacity field of 16 and it too looks ultra competitive.