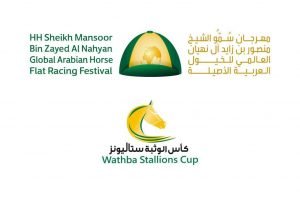 6 September 2020, UK ~ The Arabian Racing Organisation (ARO) was delighted for new trainer Jessica Quinlan who won the Wathba Stallions Cup Maiden Stakes with her first ever runner Al Shaamikh, ridden by Lewis Edmunds. The seven-furlong (1400m) contest was the first domestic race of the UK season, which opened the nine-race card at Wolverhampton on Saturday, 5 September.

Quinlan, who began training from her Newmarket base earlier this year, has three Arabians in her care, two of which, Al Shaamikh and Toufan Du Croate, are for the Qatari-based owner Mohammed Fahad Al-Attiyah. Of her success she commented: “I’m delighted, hopefully that won’t be my only winner! Al Shaamikh is a game little horse, the race didn’t quite go his way to start with. He didn’t jump off quite as quickly as we’d hoped and because he was drawn on the inside, he had quite a lot of cover. As soon as Lewis got a bit of room, he galloped on through it and has won well.
Video


“I wanted to see how both horses ran before making any firm plans as to what races would come next. Al Shaamikh could stay at this trip or we could go a bit further. Toufan Du Croate got away more quickly than we expected, but we thought this distance would probably be too sharp for him, he ran well but was outpaced in the final furlong. It’s great to have my first runners and I’m pleased for the owner who has been very patient, waiting for the season to start.”

Lewis Edmunds who was also recording his first win on an Arabian said: “He was green to begin with, and a bit unsure of himself when we were in the pack, racing on and off the bit. When we turned for home he was always staying on and I could see the horse in front starting to idle, which helped him – having a horse to aim at. I think there’s definitely a lot more improvement in him.”
~ end