The Arabian Racing Organisation (ARO) 2022 season ended with new leaders across the board, marking a new era in UK Arabian racing

With the passing of HH Sheikh Hamdan and the dispersal of his Arabian racing stock, it was inevitable that his 19 year dominance of the sport in the UK would end. It was however fitting that one of the leading buyers of his young horses, Athbah Racing has assumed the top spot and will help to extend his legacy further into the future. However the majority of their runners this season were Athbah homebreds, and all trained by Phil Collington from his base in Newmarket. Their principal winner, the Leading Horse, Ekleel Athbah, ended her UK season on a high when winning the Royal Cavalry of Oman International Stakes (Group 2PA) at Newbury in August. Athbah and Collington also had further black type success with Bayan Athbah, who secured back-to-back wins in the HH Sheikha Fatima bint Mubarak Cup (Gr3PA) at Haydock Park. 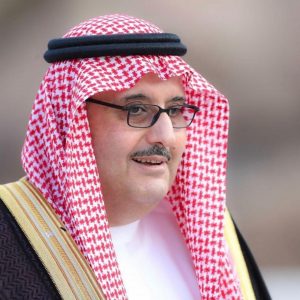 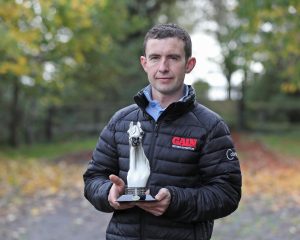 The 2022 ARO Leading Owner Award this year has been generously sponsored by long term UK supporter the Royal Cavalry of Oman and Athbah’s racing manager Abdul Moniem Ahmed Ali commented: “We thank HRH Prince Abdulaziz bin Ahmed for his leadership, daily management, financial and emotional support. We dedicate this honour to him as a token of our appreciation from the entire team at Athbah Racing.

“We thank our great trainer Philip and his team for their dedication and hard work this season, and also Genny Haynes, William McFarland and Debbie Burt at ARO for their time and efforts despite all the challenges this year. Athbah Racing is delighted that its’ story began in the United Kingdom with their racing and breeding operations, we feel like we are in our home.”

Collington who won his first leading trainer title in 2018, had a long association with Shadwell Arabians as a jockey and trainer. Along with half of Sheikh Hamdan’s string, he also inherited a handful of Athbah horses on the retirement of his mentor and doyenne of the sport, Gill Duffield in 2015. However this year’s success was not entirely down to Athbah’s support as one of his winners was Lujain, bred by Shadwell Arabians and now owned by John Elliott, who had provided Collington with his first winner as a trainer, as well as supporting him in his riding days.

Of his success this year Collington said: “It’s been a fantastic season and obviously it’s nice to be leading trainer again, along with the Group success we’ve had as well. Of course with the quality of horses we have now, we should be producing Group winners and winners across all levels. We’ve got some lovely young horses going into next year and they look very progressive.” 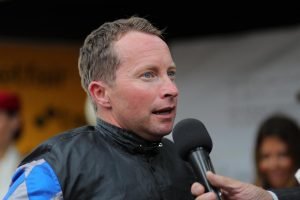 Integral to their success was ten times UAE Champion Jockey Tadhg O’Shea, who partnered Ekleel Athbah and Bayan Athbah to their 2022 UK PA Group successes. He will be presented with the ARO leading jockey trophy later this year at the HH Sheikh Mansoor Festival Jewel Crown meeting, a race which Athbah and Collington also won in 2019 with Mashhur Al Khalediah. 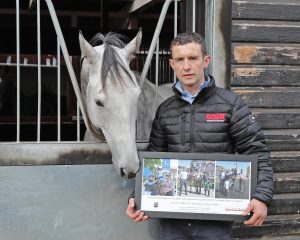 Speaking from his winter base in Dubai, O’Shea said: “It’s an honour to be crowned leading rider in the UK. Arabians are how it all started for me, winning on Danidor for the Maktoum Royal Family in 2001 at Jebel Ali. Thankfully I’ve ridden some of the best Arabians throughout my career and it’s been great to ride for Phil and Athbah Racing again in the UK this year. I congratulate them on their success and that of Ekleel Athbah, she’s a lovely filly who is improving with every run, hopefully she’ll go to the Al Mneefah Cup.”