“The thing I like about the Saudi race is it’s a one-turn, mile-and-an-eighth and Charlatan is so fast." 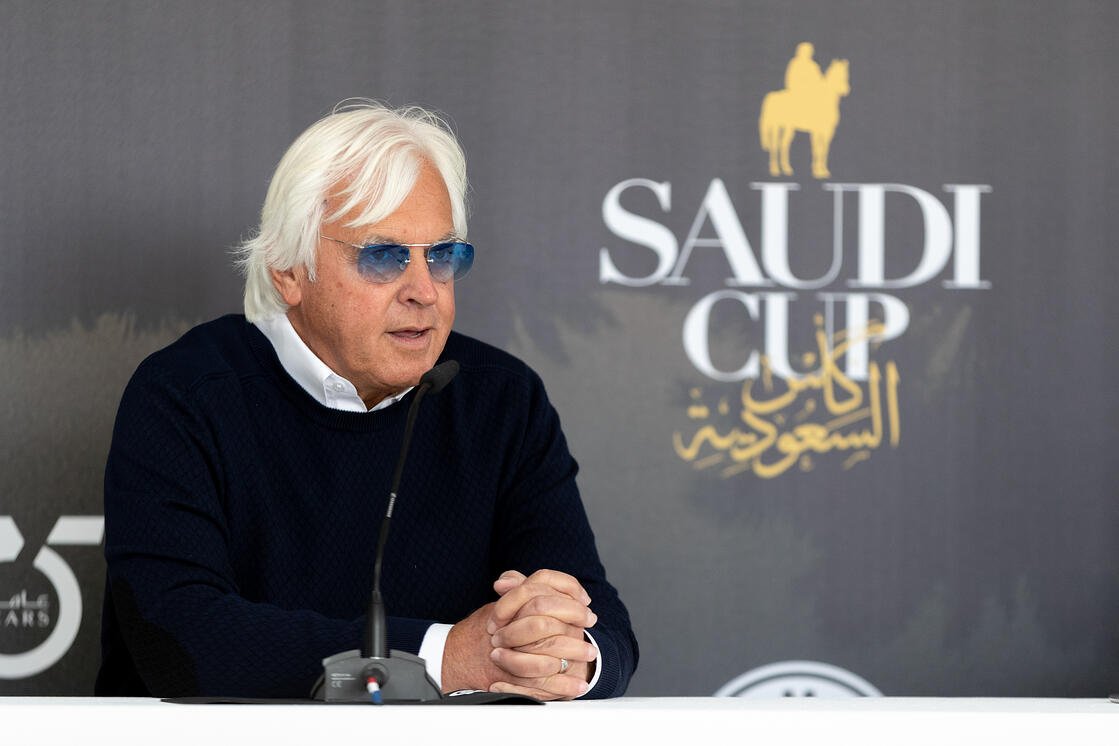 The four-year-old’s career has been blighted by injury, but he roared back with an easy victory in the Grade 1 Malibu Stakes at Santa Anita on 26 December, which put him in line for a crack at the $20Million Saudi Cup on 20 February 2021. The son of Speightstown won the Santa Anita race with Mike Smith aboard by 4 1/2 lengths.

The 1800m Saudi Cup contest is run on the dirt course at the King Abdulaziz Racecourse in Riyadh and it has, predictably, attracted some of the best horses in American racing.

Baffert said during a virtual Saudi Cup press conference: “The Saudi Cup is perfect timing for Charlatan. It’s the perfect distance, we know he ships well and he’s a good gate horse. I think The Saudi Cup fits the bill perfectly for him.

“He’s a really talented horse – he’s maturing and getting really good now. I think his talent makes up for his inexperience. He doesn’t know what it’s like to lose and I think that’s a good trait.

“It’s very challenging to go to somewhere like Saudi. You need a horse who has a really great mind and he’s got that. To win these races you need to be way the best when you’re travelling that far. I won the Dubai World Cup because I had way the best horse.

“I wouldn’t send him if I didn’t think he was doing really, really well. He’s got to be 100 per cent and ready to roll. Today, I feel that way. I wish we were leaving this week – he’s ready right now.”

Baffert had two runners in the inaugural Saudi Cup last year with Mucho Gusto finishing best of them in fourth.

He added: “It (the race) was exciting last year. The facilities were very good and it’s a very, soft and kind racetrack – one of the kindest racetracks I’ve seen. It was a great experience. That night there was a lot of buzz in the air – it was a great atmosphere.

“I think The Saudi Cup is great because it gives these older horses a chance to stay in training an extra year and run for that kind of money. It’s great but it is a challenge.

“In the Middle East they have a passion for racing. I have a few owners from Saudi who want to get more involved in American dirt racing, which is very good. We need to be a part of The Saudi Cup.”

Tacitus, owned by Juddmonthe Farms and fifth in last year’s Saudi Cup, is on course to have another go for American trainer Bill Mott. Juddamont’s founder, Prince Khalid Abdullah, sadly passed away earlier this month but the farm is set up to continue.

Riley Mott, the main trainer’s son and assistant said: “He’s been a little frustrating in that he always flirts with winning a top Grade 1 – he’s been placed in a lot of prestigious races in the US. For him to win one of these big Grade 1s would mean the world for him in his next career as a stallion.

“It looks as though there’s going to be an equally talented group this year as last year and we’re ready to face the best.

“Any time we run a horse in the Juddmonte silks it’s very special. Every trainer in the world desires to train for such an operation. Last year when we brought Tacitus to Saudi Arabia he had a nice little following locally due to the fact he was a Juddmonte horse. He had a lot of fans there on race day.

“Just to be in Prince Khalid Abdullah’s home country was very special. To bring Tacitus back this year is something we’re very much looking forward to – it was a big reason why he was kept in training.

“We were always under the impression he would get better with age. He’s done that from three to four, and from four to five it looks like he’s taken another step forward.”

Tacitus will be joined on the plane to Saudi Arabia by stablemate Channel Maker who will run in the $1million Middle Distance Turf Cup over 2100m.
~ end