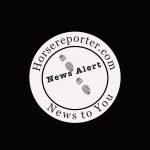 Quarantine requirements are lifted with immediate effect21 May 2021, BEF Advisory, UK ~ While there continue to be infrequent outbreaks of EHV-1 with both respiratory and neurological signs in Europe and the UK, British Equestrian’s Equine Infectious Disease Advisory Group (EIDAG) has concluded that the prevalence of EHV-associated disease has returned to its typical background…

END_OF_DOCUMENT_TOKEN_TO_BE_REPLACED 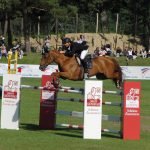