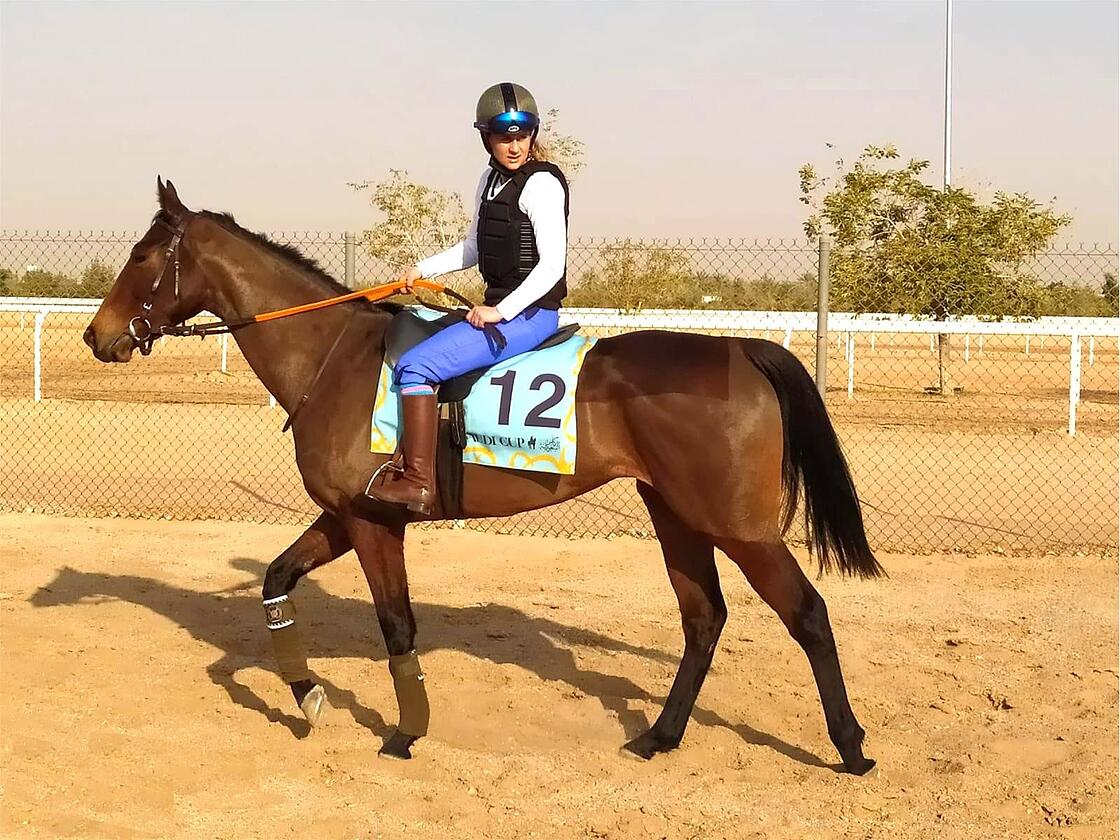 The bargain buy was picked up for just €5,500 at the Arqana February Mixed Sale at Deauville, France, last year and she went on to win the Czech Republic Oaks at Karlovy Vary last summer.

On Friday, she will line up in the $500,000 Al Rajhi Bank International Handicap – open to horses trained in countries not included in the International Federation of Horseracing Authorities’ Part One nations – on the turf course at King Abdulaziz Racetrack in Riyadh. The 2100m race has been introduced to the expanded Saudi Cup meeting for the first time this year.

The filly attempted to complete a Classic double in the Czech Derby but she could only finish ninth. She also finished down the field in the Prix de l’Opera at Longchamp on Arc day in October.

Koplikova said: “Zariyannka was favourite when she won the Oaks, beating a German filly, but I would say the rest of the season was difficult for her.

“Her performance in the Derby was not what we were expecting and when she went to Longchamp for the Prix de L’Opera, everything was bad from the beginning as we had a problem with the transport. Our car broke down on the highway, we had to wait for transport from Chantilly and we only arrived shortly before the race.”

Zariyannka, who was bred by the Aga Khan, will be taking on horses from Spain, Bahrain and Saudi Arabia in the 2100m contest on Friday. Koplikova, who has registered around 100 career winners and has ridden in France, Spain and Poland as well as the Czech Republic, will be up against some of the world’s top jockeys including Frankie Dettori, Hollie Doyle and Cristian Demuro.

She added: “Zariyannka is definitely a good filly and she traveled over to Saudi well. The conditions in the Czech Republic were not ideal but we managed it and now we just have to get ready for the race.

“The distance should be okay for her. I wouldn’t say she is in top form, but we will be doing everything we can to obtain the best finishing position. We are very professional in our approach to the race.

“I’m really excited and hopefully we can fulfill our dreams. I’m looking forward to getting to know the world’s top jockeys and competing against them. I’m excited about riding on the track but we would not be here in Saudi Arabia without the help of Adrian Beaumont from the International Racing Bureau in Newmarket. He is a great man.”

It is not the first time Koplik has taken one of his horses abroad to compete at some of racing’s biggest meetings. Subway Dancer has been a regular in France over the last four years and he put in an excellent performance when sent on a big-race mission to England.

He finished third behind Cracksman in the 2018 Champion Stakes at Ascot and landed a Group 2 prize at Longchamp the following year. On both occasions he was ridden by Koplik’s brother Radek, who won the Oaks on Zariyannka and is her regular work rider.

Koplikova added: “Subway Dancer was special both in his performances and his personality. My father is delighted that he can have these great horses in his stable.”
~ end