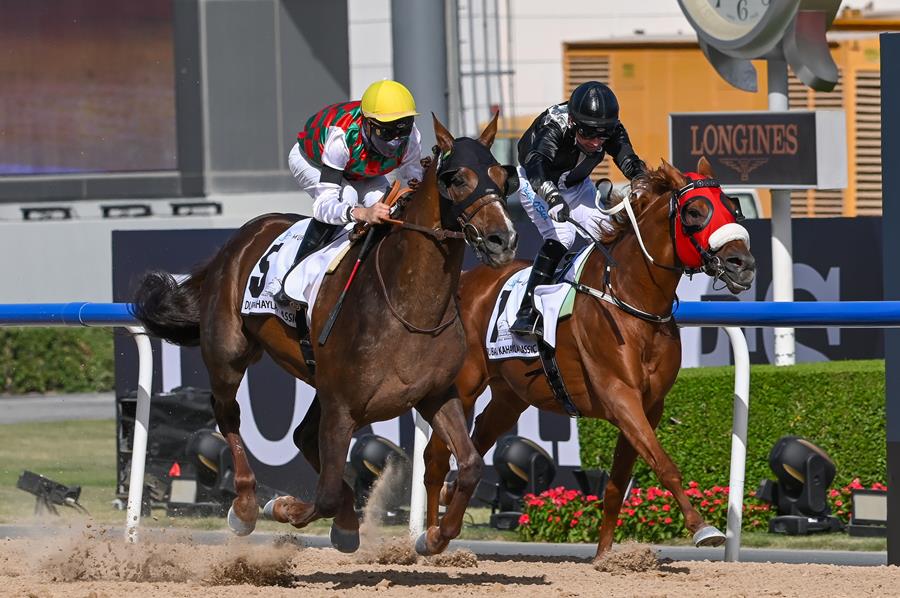 Ridden by former French champion jockey Ioritz Mendizabal, the 6-year-old had secured a perfect position on the rail, just off the pace, and easily picked up the leader AF Alwajel 200m from the winning post to win by three-quarters of a length from the Ernst Oertel-trained AF Alwajel, while Mubasher Al Khalediah finished a further three and a half lengths back in third.

“He did it really well this time,” said winning trainer Didier Guillemin, who had lifted the Al Quoz Sprint at Meydan on the same card with The Right Man in 2017. “He was quite nervous last time when he ran in Riyadh. This time, he was much calmer and we rode him differently, a little further back. I’m extremely proud to win a Group 1 here and to win it for owner Sheikh Mansour is just amazing.”

Sheikh Mansour bin Zayed Al Nayan is not only the owner but also the breeder of the chestnut and wins this race for the second time after Rabbah De Carrère lifted the trophy in 2014.

For Ioritz Mendizabal it was a first victory in this dirt race and he said: “Last time in Riyadh, I was outside and he didn’t gallop and relax. Today I spoke to the trainer and he said it was important, after (leaving) the gate to stop him and relax behind horses. He galloped and relaxed and after the first corner, I was in the (right spot). Turning (into the straight), I knew I would win.” 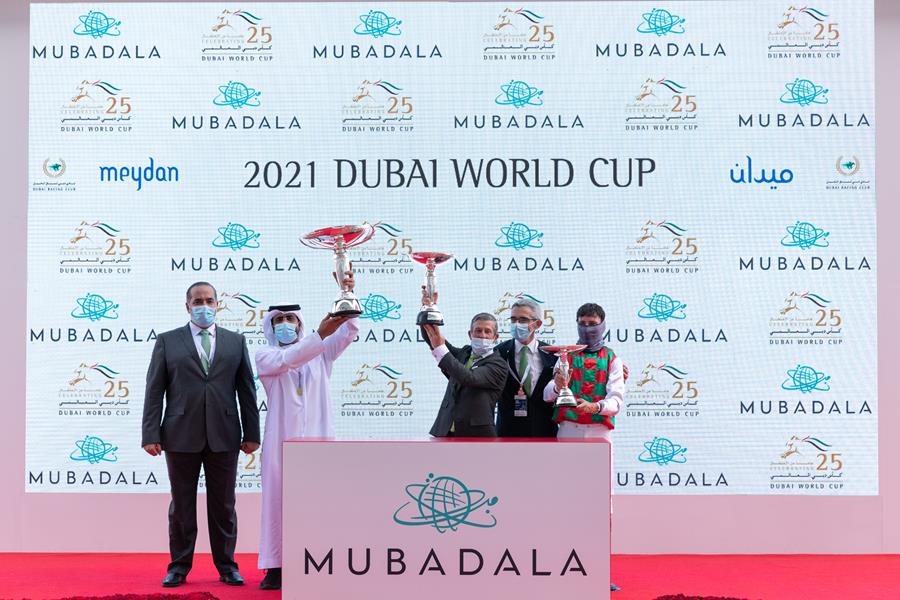 Tadhg O’Shea, jockey – “My horse ran very bravely. I had a good stall number and looking through the race there was no obvious pace horse. So I was happy to do my own thing. He travelled great in the race. He ran a very brave race. Credit to the winner. The winner was very good on the day and my fellow lost nothing in defeat.”

Christophe Soumillon, jockey HAJRES (4th) – “The horse ran very well and ran a perfect race. Unfortunately in the straight he couldn’t follow the first two horses and he finished fourth in the end.”

Adrie De Vries, jockey, Al ROBA’A AL KHALI (5th) – “It didn’t go to plan but we had a bad draw, he didn’t jump too good so we decided just to stay where he was and cut the corner and track nicely into the race. I think it’s the first time he’s been coming between horses so he’s still a bit green. In all of his races he’s been wide and today I was going through horses but he still picked up nice and picked up a cheque. He’s a nice horse for next year.”

Ryan Curatolo, jockey, BRRAQ (8th) – “I think the pace was quite fast and never stopped. I couldn’t keep up with the pace where the race was from there.”