7 November 2018, Ghantoot, UAE ~ After what seemed like an unrelenting summer, the new polo season at the Ghantoot Racing & Polo Club kicked off with a splash of colour and an all-action polo match on a wind-swept Opening Day.

Each year, opening day of the Polo season at the UAE’s only Royal polo club is traditionally dedicated to Pink Polo Day, an initiative aimed at raising awareness about breast-cancer, something that Ghantoot has comfortably been supporting for close to a decade.

And so it was that hundreds of enthusiastic revelers came together at the picturesque club to soak up the variety of entertainment, a high-calibre polo match and above all join the crusade to fight the dreaded illness.

History was made at Ghantoot when Shaikha Maitha Bint Mohammad Bin Rashid Al Maktoum skippered the first-ever all-woman Emirati team in an exhibition match against the gentleman’s team of skilled national polo players. The Polo match is under the patronage of HH Sheikh Falah Bin Zayed Al Nahyan 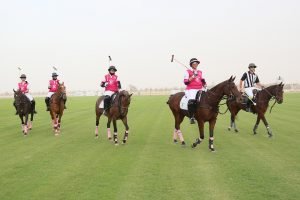 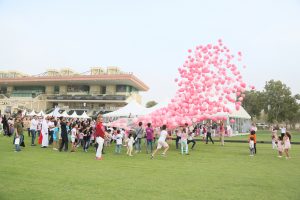 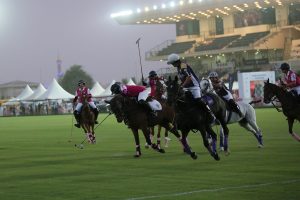 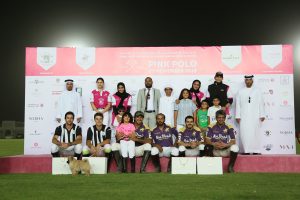