Will it be a three race shut out for AA Rich Whiskey on 16 October?

14 October 2021, California ~ Fresno is the next and last stop for the 2021 Wathba Stallions Cup series in California. 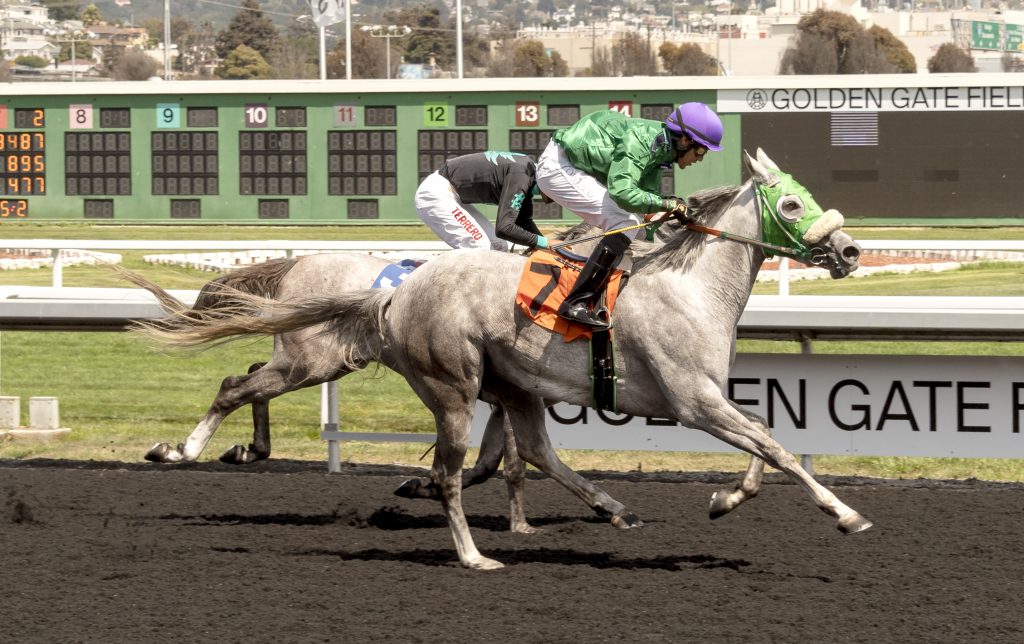 In this last race of the series, AA Rich Whiskey (TH Richie x Salsa Dancer CS) has a good chance at winning the seven horse field, having taken the win in the first two legs of the series in Pleasanton and at Golden Gate. The five year old filly may have a concern from the three year old colt, RB Hashtag (Nashwan Al Khalidiah x Hesster), also with a win at Pleasanton in July.  AA Pockit Rockit (Majd Al Arab x Richley Kept), third at the Pleasanton Wathba Stallions Cup, won in Ferndale in August. Dreamm (No Risk Al Maury x Dream Pearl) is another filly to watch with five runs and three on the board 5(0-2-1). Other entries are Naughty GreyLinda, Sweet-Wan, AA Padawan, all working for their maiden break.

California is grateful for the continued support of the Festival, begun in 2009, which has been a steady sponsor of California Arabian racing since 2011. The California Wathba Stallions Cup races are run by nomination to entries that are maidens as of 1 May 2021.

The HH Sheikh Mansoor bin Zayed Al Nahyan’s Racing Festival continues the vision to further international recognition to the Arabian race horse, breeders, owners and professionals in the world through sponsorship of races in different countries, promoting the ultimate athlete Arabian horse, and educating the general public while getting the next generation involved in racing Arabian horses.