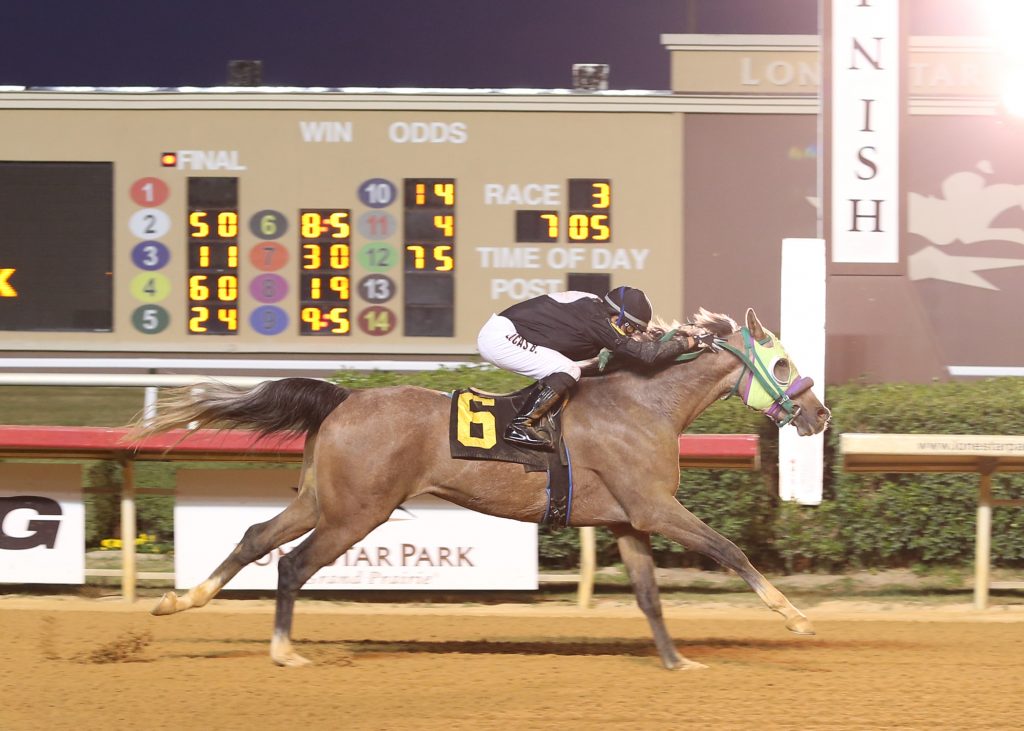 17 October 2020, Lone Star Park,Texas, USA ~ A Field of eleven Arabians broke from the starting gate in the Grade 3, $35,750 Texas Arabian Juvenile Sprint Stakes all vying for the first place prize. You wouldn’t have thought the outcome at the start when winning favorite First Classs ($5.20) was pinched back badly between horses. With Lucas Berticelli aboard, the 3-yr-old gelding by Dahess (x Toppofthe Class), slowly passed each his rivals from last to first to win going away as RB Lara and California Sand JS raced each other neck and neck for second and third in that order. Final time for the six furlongs was 1:20.24 behind fractions of 24.89, 51.36 and 1:05.66. The win was his third straight, two of which were at Delaware Park.