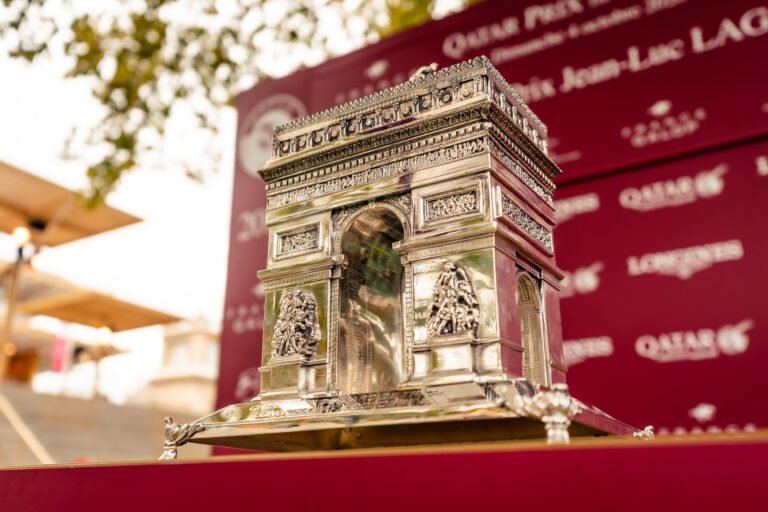 France Galop and the Qatar Racing and Equestrian Club (QREC) have confirmed an extension of their sponsorship agreement of the Qatar Prix de l’Arc de Triomphe weekend that takes place each year around the first Sunday in October. The renewal of this important partnership for French racing covers a period of 5 years, from 2023 to 2027.

In the world of sport, this sponsorship agreement stands out for its extraordinary longevity. Initiated in 2008 for a period of 5 years (2008-2012), in 2010 it was extended for a further twelve years until 2022. This new extension will now run until 2027.

The renewed partnership reinforces the prestige of a weekend that includes no less than 12 Group 1 races (including 4 dedicated to Purebred Arabian races) and offers total prize money of 10 Million Euros. The two days of the Qatar Prix de l’Arc de Triomphe weekend, together with the Friday meeting at the Saint-Cloud racecourse, thus are the main targets for Europe’s best horses at the back end of the season.

Thanks to this partnership, the international stature of the Qatar Prix de l’Arc de Triomphe has grown stronger with each renewal (every year the event is broadcast live in 60 countries) and the historic race has reinforced its leadership. 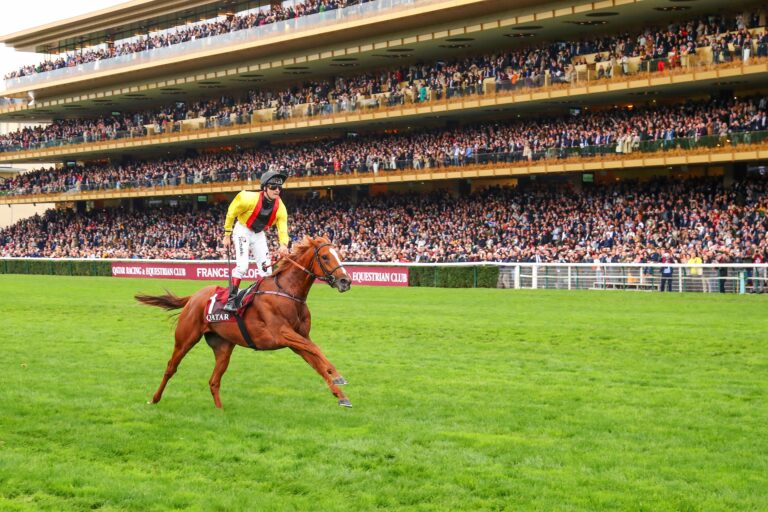 For the first time, this partnership also includes the title of the Qatar Prix du Jockey Club (in place since 2021). This very important race within the selection process of future stallions is run over 2100m and takes place each year in June at the Chantilly racecourse. The partnership with the QREC strengthens the French Derby’s high level of prize money. (1,5M€).

H.E. Issa Bin Mohammed Al Mohannadi, Chairman of Qatar Racing and Equestrian Club said: “We are very pleased to announce the renewal of the partnership between QREC and France Galop to 2027 to continue and enhance our sponsorship of the Qatar Prix de l’Arc de Triomphe weekend, which started 14 years ago. It has been a journey of exemplary success and mutual benefit over the years, and we are confident more successes are ahead. The long-standing, yet ever developing, relation between QREC and France Galop is entering a new era with our renewed partnership further reinforcing our position on the international stage as it now comprises the top two thoroughbred races in France. Under the renewed agreement, the Qatar Prix du Jockey Club is now part of sponsorship agreement along with the Qatar Prix de l’Arc de Triomphe. We are also very proud that since 2008 we have been supporting Purebred Arabian races in France and we will continue promoting the Qatar Arabian World Cup and the other premier Arabian races at the French racecourses in the coming years.

Our sponsorship of the Qatar Prix de l’Arc de Triomphe is key in implementing QREC’s strategy and realising its vision of promoting Qatar as a world hub for horseracing and a leader in the pure Arabian breed. Every year, it highlights Qatar pioneering efforts in promoting Arabian racing by having the Qatar Arabian World Cup staged along with the Qatar Prix de l’Arc de Triomphe at ParisLongchamp on the same day. The outcome has been excellent with increasing numbers of Qatari horse owners investing and running their horses in France and worldwide. Another added value of this renewed partnership with France Galop and the association with the iconic event is that it has focused attention on Qatar’s racing topped by the H.H. The Amir Sword Festival.”

Edouard de Rothschild, President of France Galop, said: “France Galop is delighted to be associated with such a loyal and committed partner as the Qatar Racing and Equestrian Club. Together, we have developed the international reputation of the prestigious Qatar Prix de l’Arc de Triomphe weekend, which thanks to its high-level sporting program is considered one of the most important events in the international horseracing calendar. This event is a fantastic showcase of the racing industry, renowned for the quality of its breeding and training program. We are delighted to continue this wonderful association.”