7 September 2020, UK ~ The Arabian Racing Organisation (ARO) today published ten entries for the UAE President Cup (UK Arabian Derby) which will be held on Doncaster St Leger Day, Saturday, 12 September. They are headed by the French trained challenger Hattal, winner of the French Arabian Derby earlier this year. Should he be successful, he will be the fourth consecutive colt to do the French-UK Derby double since the UAE President Cup resumed its’ association with the race in 2016.

The remaining entries include a further three overseas possibles from France, the Netherlands and Qatar, with HH Sheikh Hamdan Al Maktoum’s Alameen the highest rated of the six UK trained candidates.

The UAE President Cup is the oldest Purebred Arabian race series and it is fitting that it takes place on the same card as the UK’s oldest thoroughbred classic, the St Leger. Run over a mile and a quarter, The UAE President Cup (Arabian Derby) is exclusively for four-year-old Purebred Arabians. For the last three years it has been won by the winner of the French equivalent in Nafees, Rodess Du Loup and Hayyan. Hattal, trained by Xavier Thomas-Demault for YAS Horse Management and HH Sheikh Mansoor bin Zayed Al Nahyan, owner-breeders of last year’s winner, could be the fourth.

Genny Haynes, ARO Commercial and Finance Director was delighted commenting. “We are proud that this race consistently produces a top-quality winner and we are grateful to the UAE President Cup Series for their continued support of our feature race for four-year-olds.

“We also thank Doncaster racecourse and the British Horse Racing Authority for their support of international Arabian racing, enabling this race to go ahead during these challenging times. This event is now firmly established as part of St Leger Day, at Doncaster’s most prestigious meeting of the year, which enhances the contest’s prestige and Arabian racing’s status in the UK.” 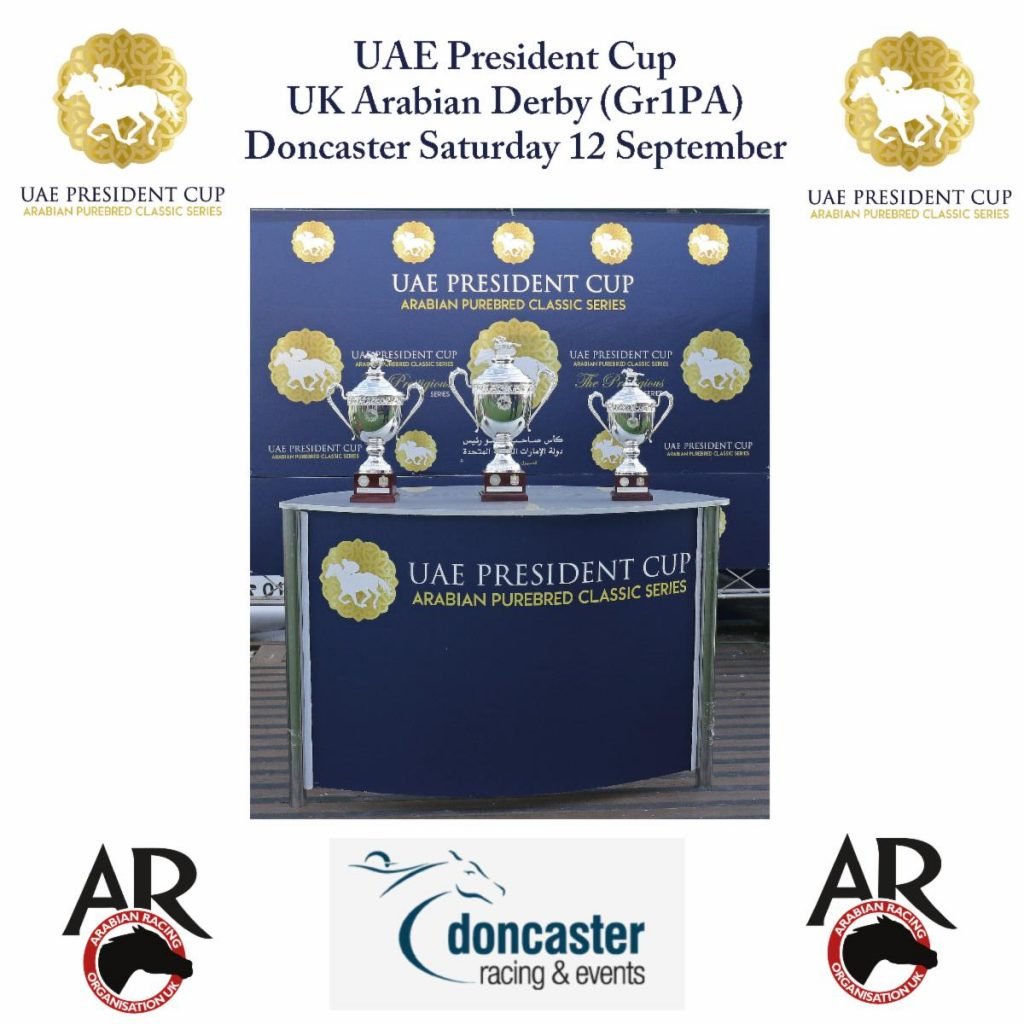