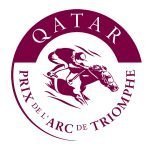 24 September 2020, Pars, France ~ On 23 September, the French Government released a map that shows the different zones of the epidemic and announced that Paris and its immediate suburbs had been placed in the Reinforced Alert Zone (ZAR).According to Government announcements on Wednesday 23 September, maximum attendance at public events will be reduced from 5000 to 1000 people in the ZAR.

France Galop has taken note of the announcement and its impact on the organisation of the Qatar Prix de l’Arc de Triomphe weekend at the ParisLongchamp racecourse on 3 and 4 October.

Pending the publication of the official decree that will specify the term sand their application by the police prefecture, France Galop has decided to suspend the ticket sales for its members. Following these latest Government measures, France Galop teams are now working on setting up a system that will remain open to racing professionals, while respecting health measures and barrier gestures.
~ end