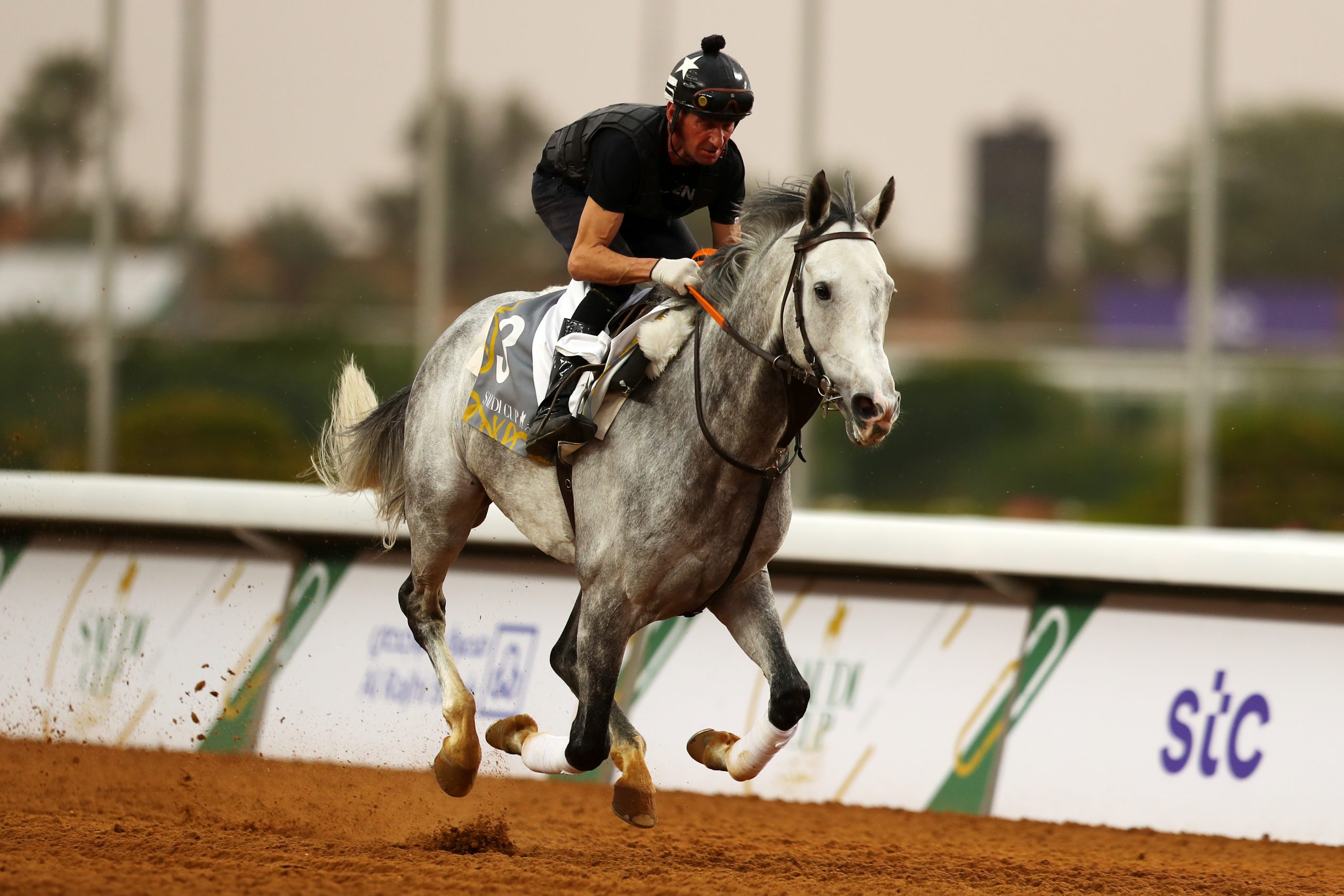 The Elisabeth Bernard trained duo, Hajres (TUN) and Jarif (FR), came onto the dirt track on Friday morning where they cantered slowly for one lap and she said: “The went cool this morning. One day when I was in Dubai, I talked to Alain de Royer Dupre, a trainer I respect very much and who has been all around the world.

“And he said to me that when you travel your horses, I have a rule to always do less than what I would do at home in Chantilly, because I consider the travel, the stress, the tiredness, the plane. So I do the same. And here today, both of the horses are just perfect. They are totally different, have different characters, but I like both of them.”

“He did his last gallop on Thursday, two days before the race,” he said. “Normally he would have been based in Poland but it’s very cold now and the weather was awful so he went to Chantilly three and a half weeks ago and that was better so he could train normally. I’m hoping he’s going to run well.”

Kacprzyk, who trains 40 horses, a mixture of thoroughbreds and Purebred Arabians, at the Słuzewiec racecourse in Warsaw and is getting used to international campaigning.

“It’s like a dream come true,” he said. “I’ve been training only five years, everything is moving really fast. Since start of my career I got the opportunity to train Al Khalediah horses, some of the best in the world.

“Salam came to me aged five, not even broken, so his career started late. Step by step he’s come through, he won a Group 3 in Italy last year in a good field, so that season I believed he can compete at the highest level.”

Established in 2020 with the second renewal set to be run on Saturday February 20, 2021, The Saudi Cup day card carries a total prize purse of $30.5m and features dirt and turf races for the highest calibre of racehorses in the world. The $2 Million Obaiya Arabian Cup 2000m dirt runs on Saturday with the Saudi Cup.

A full card of racing on the preceding Friday includes an International Jockeys Challenge which sees seven female and seven male jockeys compete as individuals as well as the $500,000 Saudi International Handicap for horses trained in IFHA-registered Part II and III racing countries.