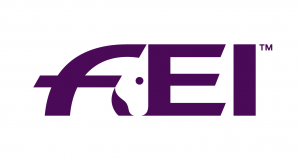 2 March 2022, FEI ~ Following the decision to remove all international equestrian events in Russia and Belarus from the FEI Calendar, the FEI Board today announced an Emergency Board Resolution to prohibit the participation of all Russian and Belarusian Athletes, Horses and Officials in international events.

The prohibition reads: prohibit Russian and Belarusian Athletes, Horses and Officials from participating in FEI Events until further notice; exclude the possibility of Russian and Belarusian Athletes (equine and human) and Officials from participating in FEI Events under the FEI flag and/or in a neutral capacity.
The prohibition comes into effect as of midnight CET on Sunday, 6 March 2022 so that FEI Events already in progress, or about to start, are not unduly disrupted.

The resolution also prohibits, with immediate effect, the display of Russian and Belarusian flags, or their anthems played at, or in connection with, any FEI Events.

The FEI Board also condemned the invasion of Ukraine by Russian military forces and the support provided by the government of Belarus.

“It is regrettable that the FEI has needed to take such severe measures, but we need to ensure the safety, integrity and fairness of FEI Competitions during these difficult times,” FEI President Ingmar De Vos said.

“We sincerely hope that a peaceful solution can be found as soon as possible.”