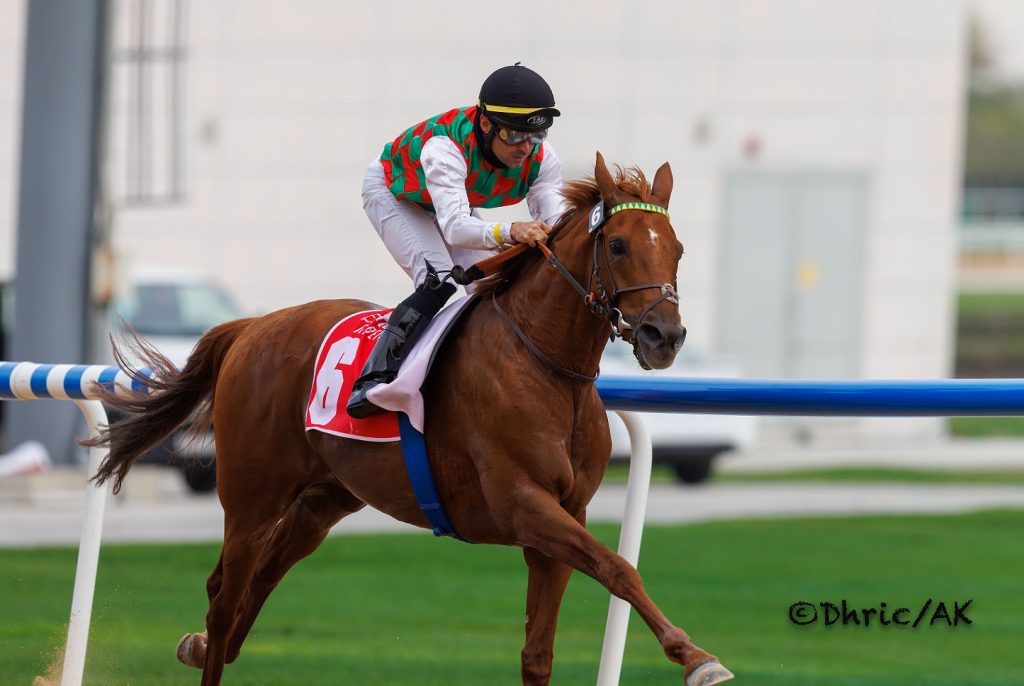 They include 2021 winner Deryan, trained by Didier Guillemin, who will aim to join Madjani and Alanudd in taking this race on multiple occasions.

He heads up a strong team for owners Yas Racing, who also run two other Group 1 winners, Jugurtha De Monlau and Brraq. Both trained by Jean-Claude Pecout, they finished first and second in G1 Maktoum Challenge (Round 3) over course and distance last time out.

Jugurtha De Monlau will ridden by Dubai World Cup-winning jockey Fernando Jara, who must negotiate a passage from a tricky draw in 10.

“He’s a horse that has some speed, but there are a quite a few horses with speed drawn inside of me,” he said. “We’ll have to see in the first part of the race how we break and what we decide to do. RB Rich Lyke Me is a very fast horse with the one post, so we may have to play the break.

“If he performs like he did last time then I think he’d going to run a good race.”

RB Rich Lyke Me will be ridden by Adrie De Vries, a dual winner of this race. The G1 Maktoum Challenge (Round 1) winner, prepared by Fawzi Nass, has a rematch with Hadi De Carrere, trained by Thomas Fourcy, who beat him in the G2 Obaiya Arabian Classic in Riyadh, but de Vries is confident of reversing that form.

“He ran a really good race in Saudi Arabia and has eaten everything since – eating is his hobby,” said the Dutch rider. “Back on this track I’d be hopeful we can reverse the form from Saudi as he’s a horse with so much speed.”

“I don’t think it’s the strongest race and I think he’s got a good chance,” said Oertel. “He’s an improving horse. I think the danger is Ashton Tourettes; he’s had a hard season but he’s fit.”

Ashton Tourettes, whose five career wins have all come away from Meydan at Abu Dhabi and Sharjah, represents trainer Ibrahim Aseel who has booked top French jockey Christophe Lemaire.

Leading Arabian trainer Alban De Mieulle is yet to win this race but he has a good chance with First Classs, who finished two spots ahead of the re-opposing Dergham Athbah in Saudi Arabia last time, while the home team is bolstered by G1 Maktoum Challenge (Round 2) winner Rajeh, ridden by Antonio Fresu for Musabbeh Al Mheiri.