18 February 2022, Doha, Qatar ~ The start of the three-day Festival began with Al Zubara Trophy Race Day at the Al Rayyan Racecourse, Doha, Qatar on Thursday, 17 February, and will conclude on Sunday, 19 February 2022. 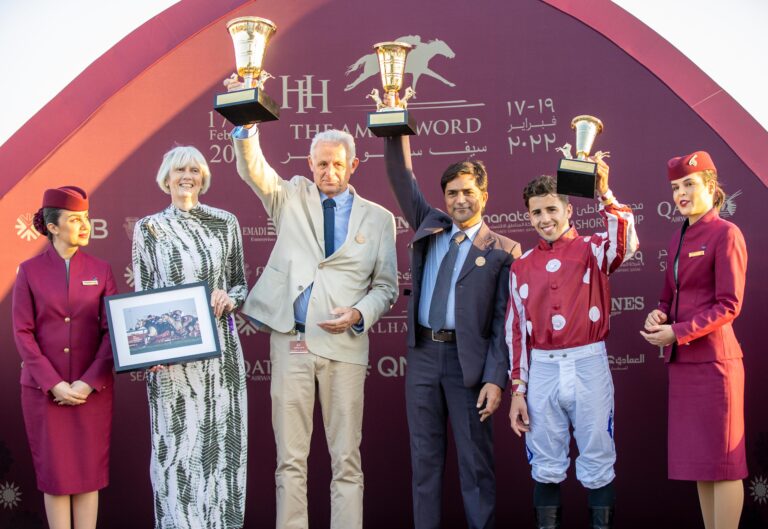 The Award was given by ARO CEO Genny Haynes 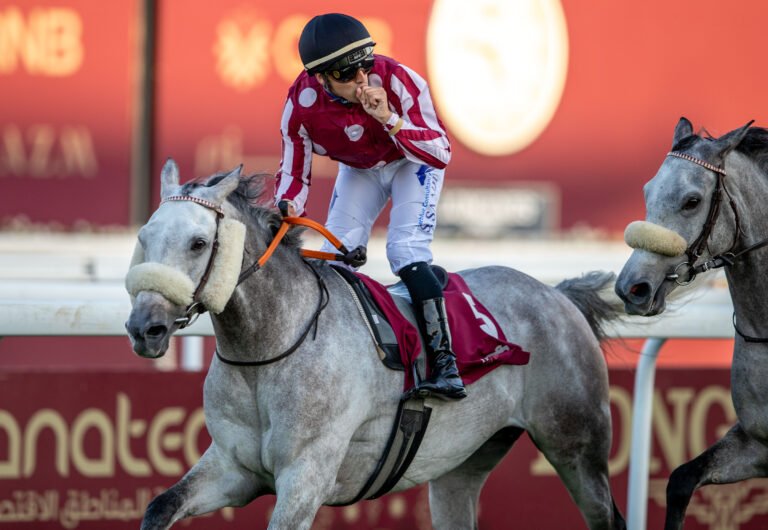 As the 11 runners broke from the barriers, Alberto Sanna took MUALE’M (QA) (Mared Al Sahra) to the lead and was accompanied by GHALI AL ATHMAN (QA) (Harran ASF) under JP Guillambert. The performance of Umm Qarn’s trio varied in the early and middle stages of the race. MEHDI tracked the leaders, AL BALAGH settled in a mid-position while SEALINE remained at the back of the field. MUALE’M and GHALI AL ATHMAN accelerated at the 500m pole and it looked as if one of them would be the eventual winner. However, things took a new turn at the 300m with both MEHDI and AL BALAGH showing an electrifying turn of foot. Both stables took the lead and battled in front to the line and it was MEHDI who found extra energy to cross the line first, beating AL BALAGH by neck. SEALINE improved nicely in the last stages, finishing the race strongly from outside, and took the third place a further length behind the runner-up. 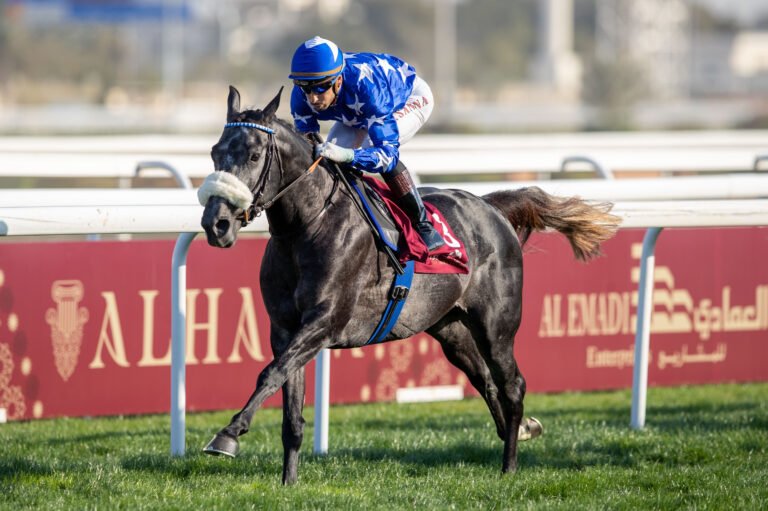 H.H. Sheikh Mohammed Bin Khalifa Al Thani’s homebred HAMEED (FR) (Amer x Arc De Ciel) remained unbeaten on his second career start, winning the 1600m Purebred Arabian Cup for 4YOs. The Rudy Nerbonne-trained 4YO colt was ridden by Alberto Sanna to a one and half-length win in the sixth race in the card. 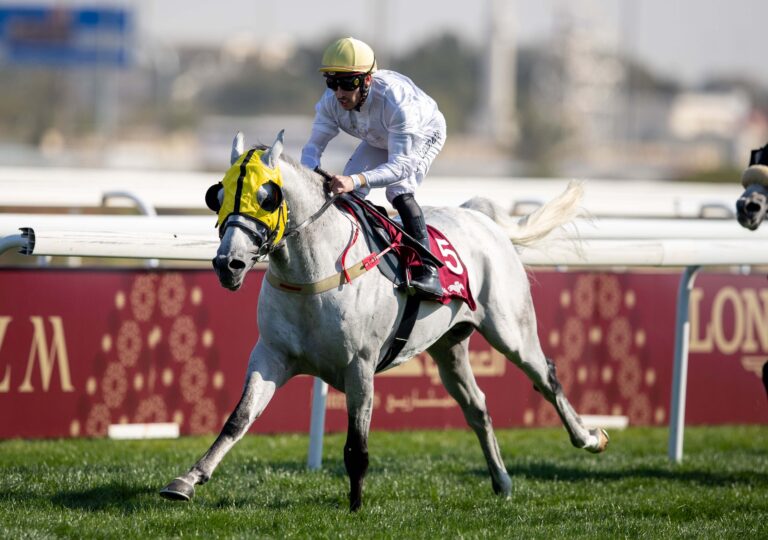 Jassim Ghazali was quickly back to the winners’ enclosure as he saddled the Sheikh Abdullah Bin Khalid Bin Nasser Al Thani-bred and owned Saoud Al Sulaimi (QA) (T M Fred Texas x Hasna) to win the Purebred Arabian Handicap Cup (0-85) for 4YO+. Marco Casamento rode the 6YO horse to a two and a quarter-length victory in the 1600m run. Sami Jassim Al Boenain, Adviser to QREC Chairman, crowned the winners.

Top races continue on Saturday with two Gr 1 Arabian races, the first, the $1,000,000.H.H The Amir Sword Gr 1 PA is sponsored by Al Hazm. The 2400m race on turf is for 4 yr-olds and was won in 2021 by Al Shahaia’s Al Mon’nia trained by Julian Smart and ridden by Thomas Lukasek.

The second, the Qatar International Cup Gr1, is a 1600 meter race for $250,000 prize money. This race was won in 2021 by Methgal owned by Al Shahania, trained by Julian Smart and ridden by Maxime Guyon.