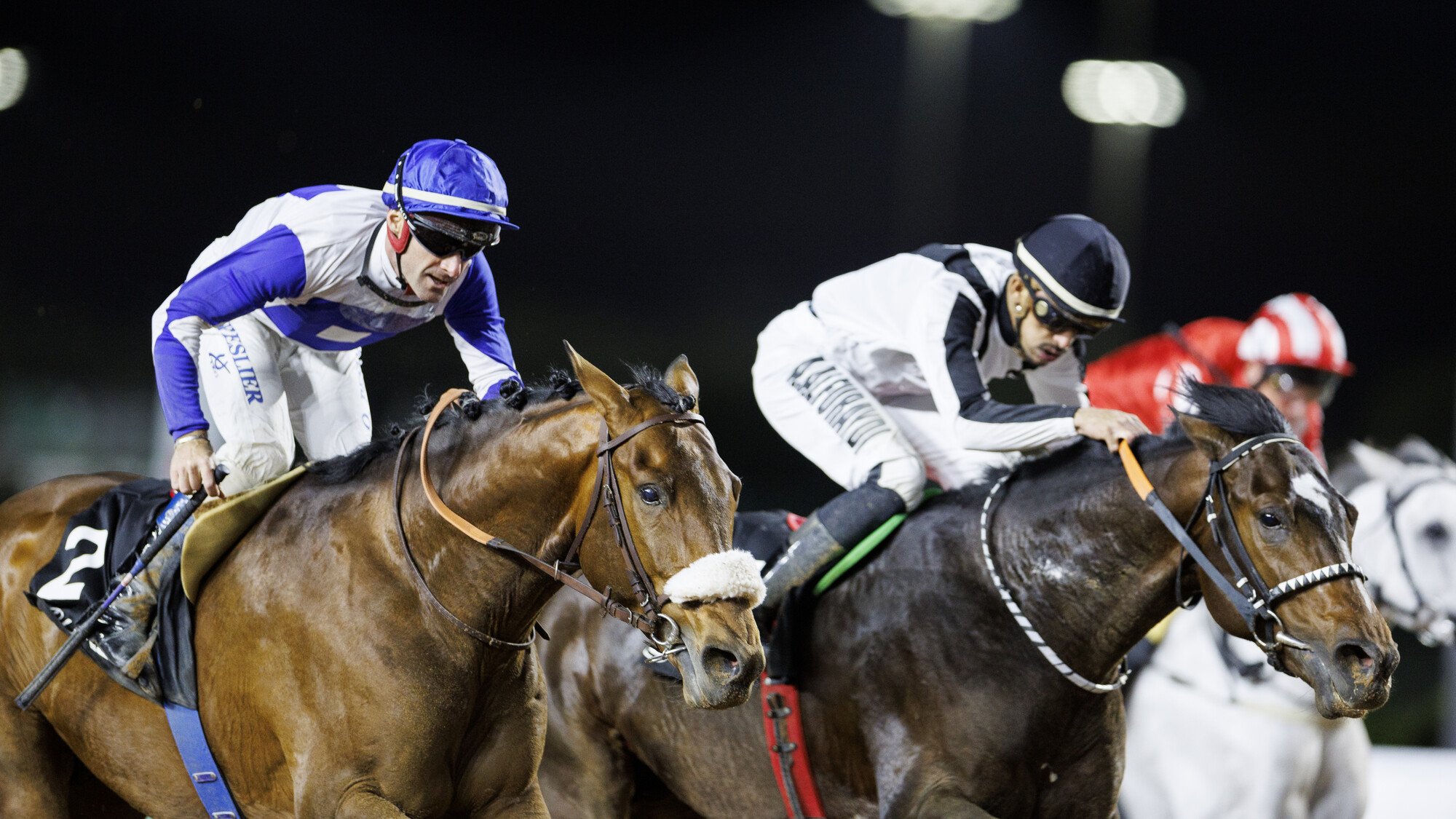 The US-bred RB Rich Lyke Me (Majd Al Arab x Rich Frynch) was one of the favorites for this race, and under jockey Adrie de Vries, the six-year-old colt ran in striking distance throughout in the field of 14.  Cruising home on the rail he may have had the race to himself until overtaken in the final metres by Tilal Al Khalediiah under Saudi jockey A. Alfouraidi and Hadi de Carrere, passing in a head to head battle until an inspired Hadi De Carrere got his nose ahead over the line, putting an end to the Al Khalediah shut out of wins for this race.  Win time was 2:16:20.

This is the third running of the race, which has been dominated by the Saudi Al Khalediah Stable won in 2020 by Tallaab Al Khalediah, and in 2021 by Mubasher Al Khalediah.