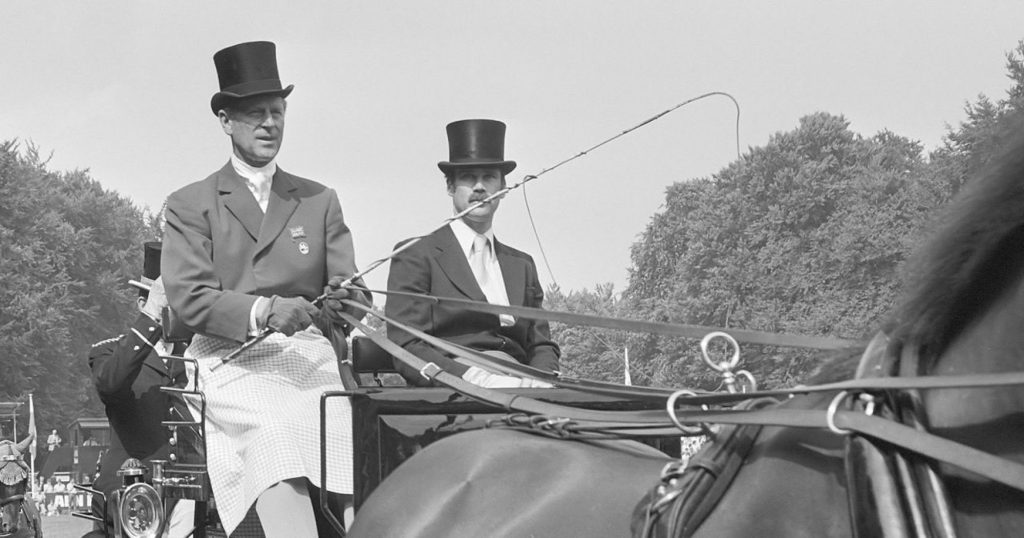 9 April 2021, Lausanne (SUI) ~ Prince Philip, the Duke of Edinburgh, passed away peacefully this morning at Windsor Castle in England. His death, at the age of 99, was announced by Buckingham Palace.

He was the longest serving FEI President (1964-1986) and was succeeded in this role by his daughter Princess Anne, the Princess Royal, for the following eight years.

Some of Prince Philip’s own greatest sporting achievements came in the sport of Driving which he introduced as a new discipline in the FEI and helped to develop during his FEI Presidency. He helped standardise international rules and became a hugely successful competitor himself, winning team gold at the 1980 World Driving Championship and bronze in 1978, 1982 and 1984. He also placed sixth individually in 1982.

Prince Philip strongly supported the FEI Jumping Nations Cup™ series, which is now one of the crown jewels in the Jumping calendar, and was hugely supportive of the launch of the FEI Jumping World Cup™ in the 1970s. He was also instrumental in the creation of the FEI World Equestrian Games™, having lobbied for such a competition for many years before it was finally staged for the first time in Stockholm (SWE) in 1990.

An all-round horseman, he played polo during his time in the Royal Navy in the 1940s and became one of Britain’s top-10 players. His passion for all things equestrian was shared by his wife and passed on to their children, particularly Prince Charles who was also a keen polo player, and Princess Anne, who claimed individual gold at the FEI European Eventing Championships in 1971, and individual and team silver four years later, before becoming the first British Royal to compete at an Olympic Games when she rode in Montreal 1976.

Prince Philip’s grandchildren have also inherited a love of horse sport. Princess Anne’s daughter Zara Tindall took the Eventing world title in 2006 and was a member of the British silver medal at the London 2012 Olympic Games. Princes William and Harry are also regularly spotted on the polo field.

Born in Corfu, Greece and educated in France, Germany and Great Britain, he was just 18 years old when he joined the Royal Navy in 1939. During World War ll he served with the Mediterranean and Pacific fleets, and by the time he left the service in 1952 he had reached the rank of Commander. At the age 26 years, he married the then Princess Elizabeth (Queen Elizabeth ll) in November 1947.

“The passing of Prince Philip is a huge loss for equestrian sport and his legacy, particularly at the FEI, will live on for many many decades to come”, FEI President Ingmar De Vos said. “I first met him in London at the FEI General Assembly in 2005, and again at the FEI Eventing European Championships in Blair Castle in 2015. He was a man of incredible energy and a great sense of humour and the FEI was honoured to have him as our longest serving President.

“His dedication to equestrian sports cannot be underestimated and will never be forgotten, especially in the Driving community. He was born in the same year the FEI was founded and sadly he will not be with us to celebrate his own and the FEI’s centenary this year. We will celebrate his life and remember him as a great ambassador of our sport.”

The FEI extends its deepest sympathy to the British Royal Family and joins the equestrian community in mourning the loss of this remarkable man.

Photo caption: Prince Philip, the Duke of Edinburgh, the longest serving FEI President (1964 – 1986) has passed away peacefully this morning at Windsor Castle in England. He was 99.
~ FEI