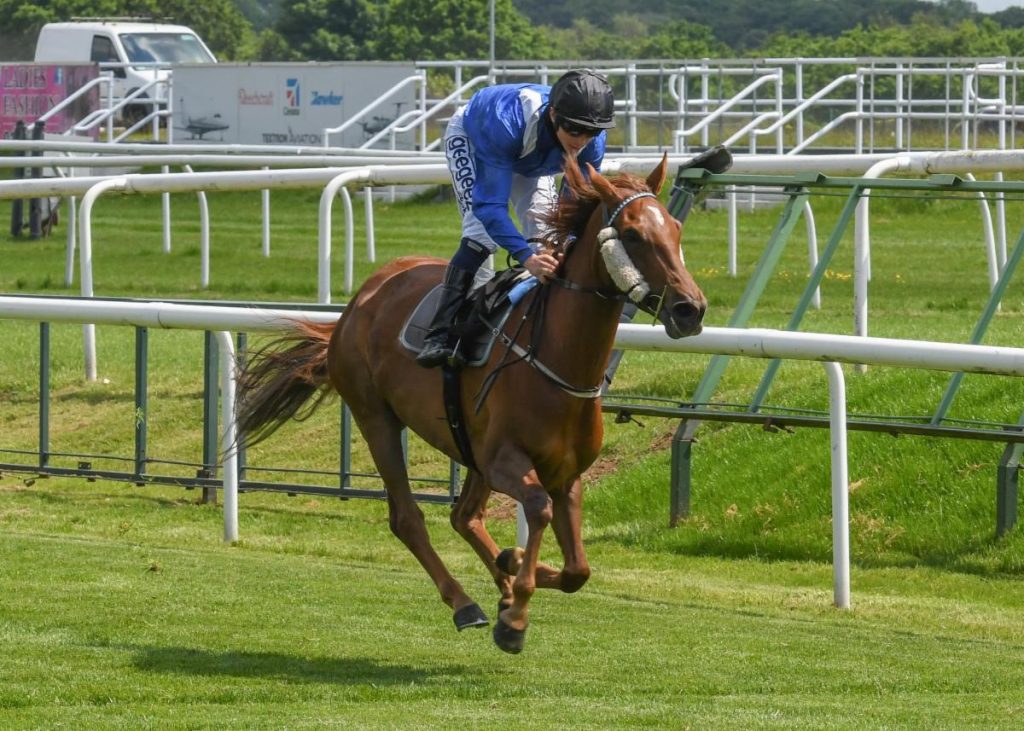 5 June 2021, ARO, Doncaster, UK ~ Jadaayil put the lack of a recent run well behind her when drawing two lengths clear of the field in the Emirates Breeders (0-90) Handicap Stakes (in association with ARO) at Doncaster ton 5 June 2021.  Shadwell Estates had a strong hand going into the race and it was a one-two-three for the blue and white with the Phil Collington trained Balqees, just denying another Owen runner, Farhaa, second place. Al-Tabari also put up a brave performance to be a close fourth for Peter Hammersley and his wife Michelle.

Owen commented: “Jadaayil only got to run once last season, and that was a good effort over an inadequate trip, she’s obviously improved over the winter. David Probert has ridden quite a bit for me now and gets on well with the Arabians, he said she just kept improving the further she went.”

Speaking of his other runners he continued: “I’m pleased with Farhaa, though I thought Toofan was my best chance, he’s a class horse at home, but it was his first run on grass. Maybe it was a bit too quick for him and he’ll improve for the run. The rest of the team remain in good spirits, Jaahez, our Racing Club horse improved from his reappearance, and we’re delighted that a number of the members were able to come today.