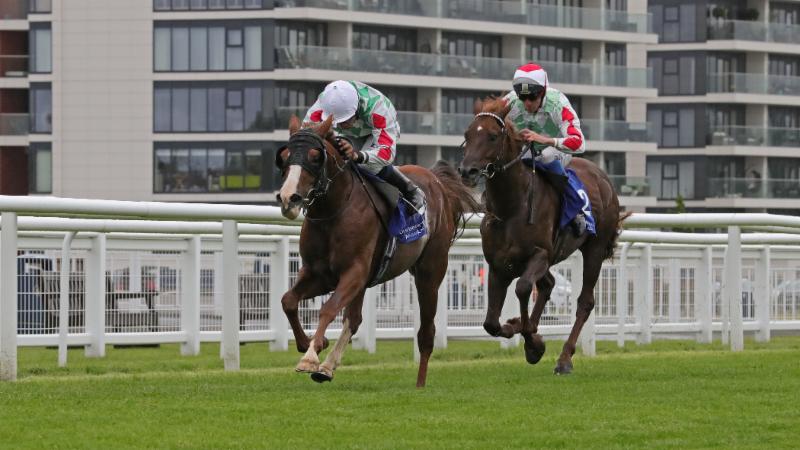 30 June 2021, UK ARO Racing ~ The veteran 2019 winner Kao Kat MHF returns to Newbury on Thursday 1st July to defend his excellent record in sprints at Newbury. One of 12 declared horses for the six-furlong Emirates Breeders International Sprint Stakes, stablemate Storm Troupour, who was second on that occasion, has also been declared by trainer Beverley Deutrom for Pharitz Arabians. The pair are both PA Group winning sprinters making their seasonal returns, but this has not been a barrier to them making the frame before.

They are part of a fascinating mix of older horses with course form, combined with much younger individuals who are at the beginnings of their careers, plus some established horses who are dropping back in trip, some for the first time. Dilmun Racing’s Abiyah Athbah was just pipped for fourth in the hottest UK Group 1PA race of 2020, the Qatar International Stakes at Goodwood over a mile. She later won impressively over a furlong less, prompting her trainer Pete Hammersley to suggest that a crack at the newly sponsored Royal Cavalry of Oman International Stakes, a Group 2PA in August, for which this is now the prep, could be on the cards. Should things not go to plan, the Goodwood option remains on the table.

The same could well apply to the James Owen Racing Club’s Tijaary who was sixth behind Abiyah Athbah in that Group 1PA contest. His sole run over course and distance was disappointing, but that was on much faster ground, so he may improve, but this should also set him up for bigger targets next month. Owen also fields three runners for Shadwell Estates, Nadelshiba, who won in Belgium last year and was a close second to Mazyoonah on their reappearance over further. Mazyoonah is better off in the weights in this conditions event, but she’s already proven over this trip, and boasts the eye-catching booking of champion jockey Oisin Murphy.

Owen’s other runner is Muneer, one of three juveniles entered in the race. She looked to have plenty of potential despite her greenness when winning on her debut over a mile a Lingfield in May. She drifted across the second, the Phil Collington trained Al Khaleejy, who reopposes here, but Muneer showed a significant turn of foot to make up lost ground and regain the lead, suggesting this drop to six furlongs will be in her favour. Hollie Doyle will be in the saddle, fresh from her first Arabian win, also for Owen and Shadwell, at this track last week.

As well as Shadwell Estates’s Al Khaleejy, Collington has two newcomers in the field, Upstart Crow and Mlatem Athbah. John Elliot and Teresa Kinsey’s Upstart Crow is a homebred four-year-old half-brother to two winners, including one at Group level. Athbah Stud’s Mlatem Athbah is also well-related to several winners, but both horses are likely to benefit from the outing. After the withdrawal of his other runner, Jamaraat, the field is completed by Evermore Racing’s lightly raced mare, Kaymeleon. Her patient connections have allowed her to mature slowly and are hoping that a drop in distance will help her realize her potential.

Genny Haynes, Arabian Racing Organisation (ARO) Commercial and Finance Director said: “ARO would like to thank the Emirates Breeders for sponsoring this race. It is part of a series that supports UK Arabian racing through maidens, conditions races and a variety of handicaps that cater for all levels. There will also be a Best Turned Out Award presented by Racing Welfare, as part of their ongoing recognition of the hard working staff in UK Arabian racing.”