How to make a Champion by Elaine Kerrigan 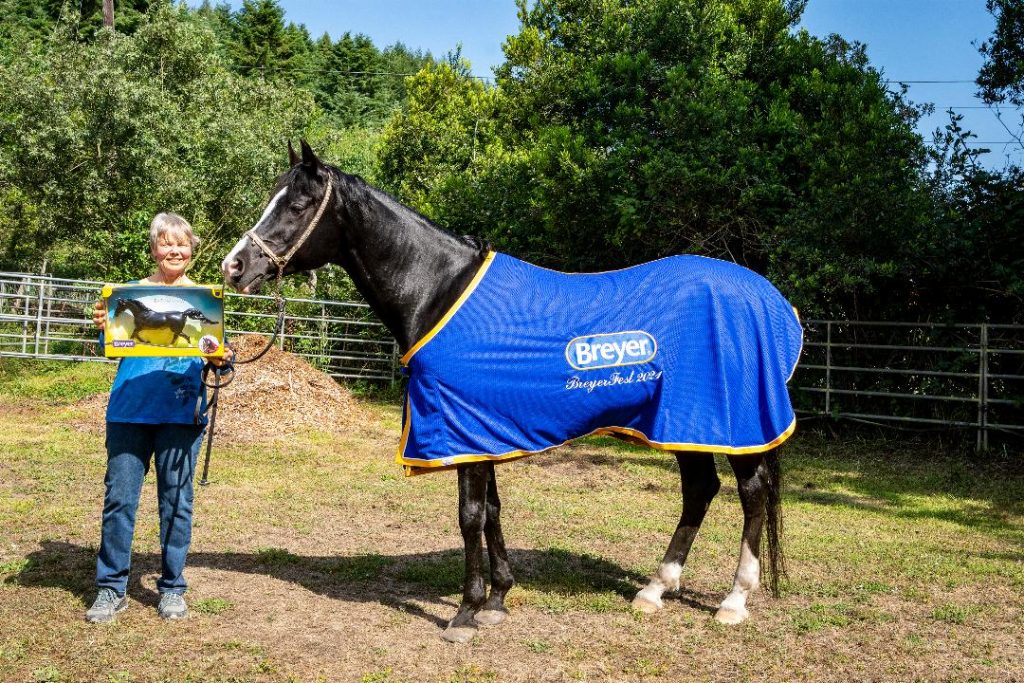 27 November 2021, USA ~ How to make a Champion. Owner Elaine Kerrigan of Kerrigan Bloodstock from Eureka, California, shares her journey with Champion KB Omega Fahim++++// to achieve top Arabian Horse Association performance awards of LEGION OF MASTER and LEGION OF EXCELLENCE “++++//. The blue black stallion known as  Meg has now been immortalized in a Breyer model.

We speak to Elaine Kerrigan about her partnership and journey with her home-bred stallion, a multiple champion in many disciplines.

Horsereporter (HR): We understand that Meg is out of your breeding program. Were both Meg’s sire and dam performance horses?

Elaine Kerrigan (EK): Meg (Amir Fahim+ x Amyrah Adhemah) was born at our farm on April 11, 1996, five months after his sire, Amir Fahim+, passed away. Amir Fahim+ was an all around performance stallion that excelled in endurance. To his credit, however, he had shown and won in halter, western pleasure and equitation, English pleasure and equitation, trail horse, stock horse, western riding, hunter hack and hunter over fences. In endurance, he had won 50 mile, 2-day 100 mile and 5-day 250 mile rides. He had many best condition and high veterinarian score awards. I logged nearly 2000 miles of competitive endurance. He was trained with the basic dressage method and achieved the 3rd level skills.

Amyrah Adhemah was trained as a pleasure riding horse, but was primarily a top quality broodmare that niched very well with Amir Fahim+. For me, this was my golden cross with Amir Fahim+. They had many high quality performance offspring.

HR: What made you think or realize that he had such talent as you worked with him?

EK: I knew he had the genetics and conformation to be talented. His prior siblings had all been very successful. So, from the very start, I knew he would be easy to train, along with his strong conformation and extraordinary gaits, to stand up to the rigors of endurance and eventually high level dressage. However, it did seem that his sire and dam had saved the best for last as his sire had already passed and his dam died when he was 4 months old. The reason he earned the name of “Omega”.

HR: What are his best attributes – i.e. – quick to learn, patient, calm, good gaits? Did he love performing?

EK: He is very, very quick to learn. So, be careful what you teach as one is always “teaching”. His conformation and gaits, just like his siblings, are remarkable and almost a “trademark” passed from his sire and dam. While he is a good boy, he is very much a show off.

HR: Can you tell us your riding/training background? Did you grow up with horses? Have you always had Arabians? Did you ride Meg throughout his career?

EK: I seemed to be the only one in the family that was interested in horses. I begged to go to rental stables as often as possible and I was ﬁnally allowed to have a horse of my own when I was 13. I had no help, so learned the hard way and not always the correct way. I just rode! I would be with my horse as long a possible, everyday that was possible. While I liked the Arabian for the breed it was, I liked all horses and did not care what I was riding as long as it was a horse. I did not start to own Arabians until I was in my early 20’s. In my late 40’s I started, rode and showed Meg the ﬁrst few years of his career, but eventually I had to send him to a trainer that was more experienced at the higher levels of dressage if I wanted him to excel and become the horse that achieved so much.

HR: What inspired you to go for these achievement awards? Are you naturally goal oriented in other parts of your life? Have your worked outside your farm/home?

EK: I guess I have always been a competitive person. While enjoying an activity, I tend to want to be the best I can be. My interests has always been in horses, though I was, also, an avid motorcycle competitor. I had worked as a large animal veterinary technician for many years.

HR: Were you helped in your direction and journey by other trainers in the specific disciplines? What did you learn along the way?

EK: I was most inﬂuenced by trainers that highly considered the biomechanics of horse and rider. These are generally dressage trainers. I am continuously learning the amazing possibilities between horse and rider.

HR: Do you mentor other riders? Do you have children who also ride?

EK: I have been a trainer and riding instructor for many years. Semi-retired now.

HR: Are you still breeding Meg and any qualifications for mares?

EK: Meg is still breeding on site and with stored frozen semen. Also has offspring in Europe.

HR: Breyer’s KB Omega Fahim++++// model — depicting the stallion in a trot — was officially released recently during BreyerFest 2021, an annual celebration for model horse collectors, usually held at the Kentucky Horse Park in Lexington. We imagine you are extremely proud of him in all ways. How is he doing at 25 years of age? 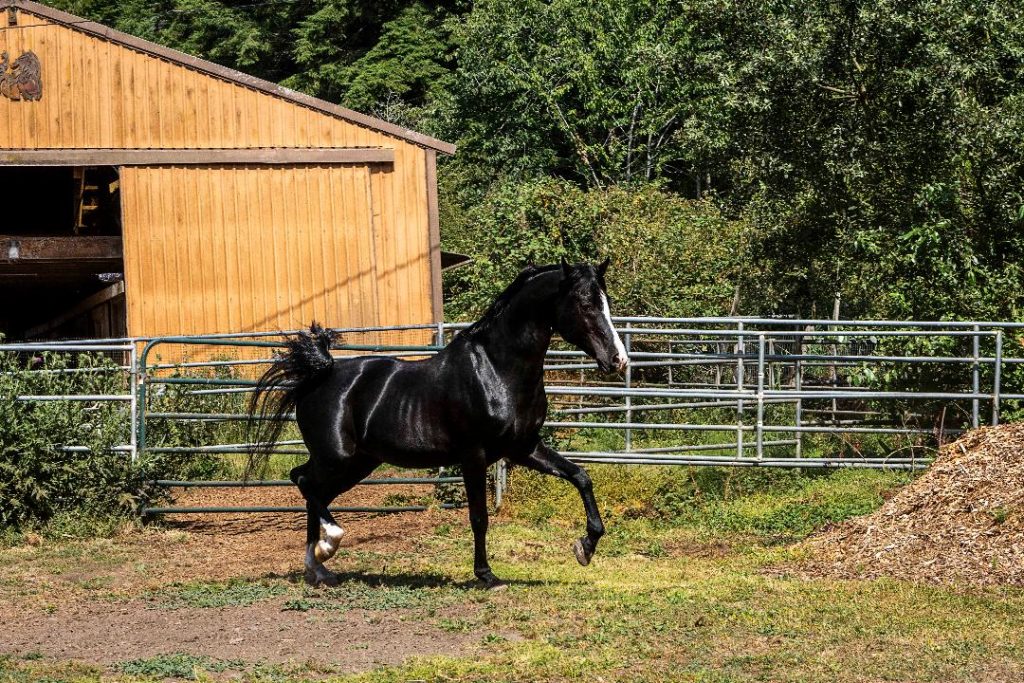 EK: For his age of 25 years, he looks and acts like a horse half his age — befitting of Breyer material and a credit to his linage.

The Arabian Horse Association has a record of progeny for Meg as of 2021 with 37 registered foals, 31 Half-Arabian and 6 purebred.