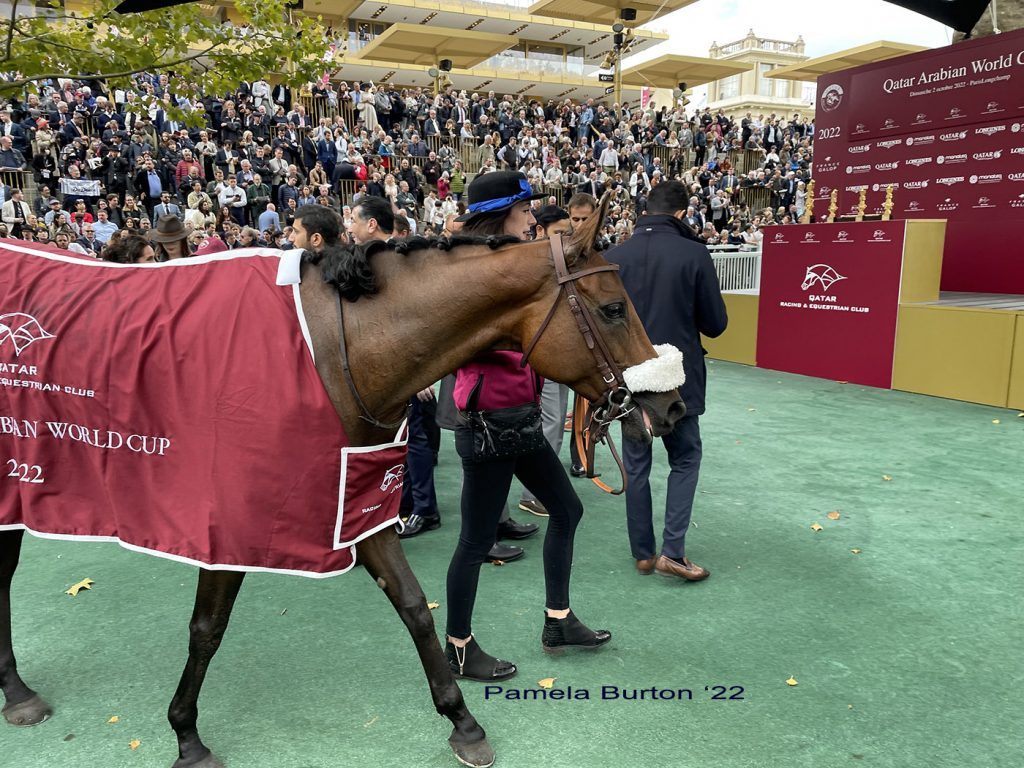 Sunday, October 2, QATAR ARABIAN WORLD CUP PARISLONGCHAMP ~ Lady Princess proved herself the best of the day once again with her win at the 2 October 1Million € Qatar Arabian World Cup, which is considered to be the Arc de Triomphe for Purebred Arabians. Second to Hoggar de L’Ardus in this race last year, she gained her revenge on Sunday, as her nearest pursuer, Ebraz, was a length and three quarters in arrears, and her come from behind method running up the outside, worked again to her advantage. Djafar, a stablemate of Ebraz and also trained by François Rohaut at Pau (Pyrénées-Atlantique), was three lengths further away in third.

Ridden by the British jockey Jim Crowley, Lady Princess is trained by Thomas Fourcy at Royan-La Palmyre (Charente-Maritime region), gaining him his fifth win in this race. Lady Princess has now completed the Grand Slam for Purebred Arabians: First winning the Emir’s Sword in February, followed by the Qatar International Stakes at Goodwood in July, and now the Qatar Arabian World Cup at ParisLongchamp. The mare was bred in the Charente region by Bruno Bellaud.