Part-time Belgium trainer Timo Keersmaekers has his eyes set on The Obaiya Arabian Classic with his superstar horse, Messi 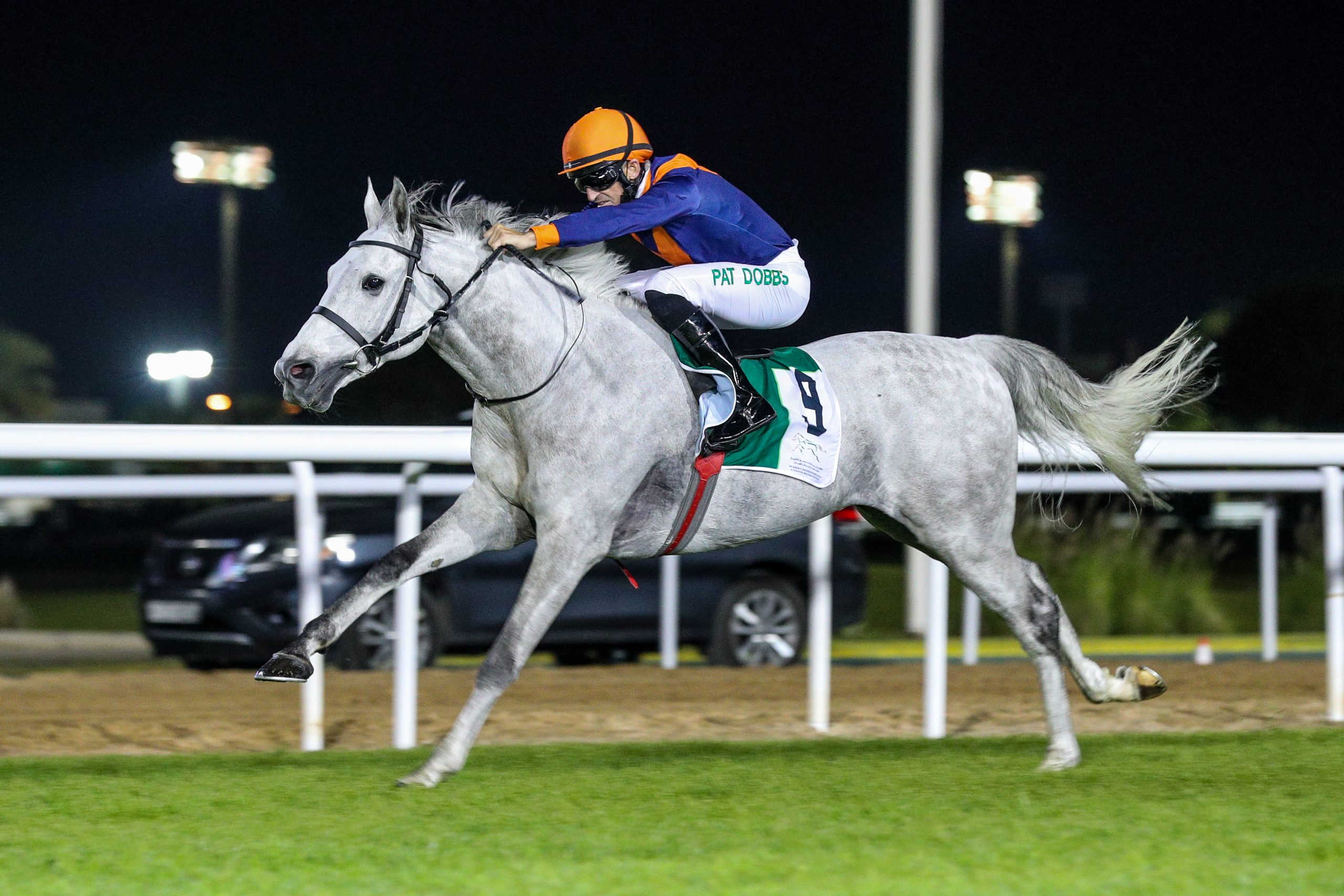 Now Keersmaekers, who has just eight horses in his family’s stable located 30km from Antwerp in Belgium, is dreaming of another huge pot in the $2m Obaiya Arabian Classic, the world’s richest race for Purebred Arabians, staged at the glittering Saudi Cup meeting in February.

Keersmaekers said: “It’s a great target for Messi. He proved himself in Paris and what he did in Abu Dhabi was great. We had dreamed of competing against the best Arabian horses and Messi has helped us live that dream.

“I wouldn’t have thought about the Obaiya Arabian Classic before now, but he deserves his place in those sort of races.

“He’s an eight-year-old, nearly nine, so I’m aware we need to do it now. We’re not able to say ‘maybe next year or the year after’ – that’s not possible. We need to enjoy him now.

“I need to try to keep him at the level he is at and go to the races with him in the form he is in now.”

If it wasn’t for the global Covid-19 pandemic, Keersmaekers would have been too busy to have been able to worry too much about the world’s top Arabian races. He would have had other cups – plus saucers and plates – on his mind as the boss of a successful tableware business in Belgium.

He had started training his parents’ Arabian horses while studying at college as a teenager but had to pack it in as his business interests began to take over, leaving little time for the demanding world of racing.

Keersmaekers said: “I’ve always had horses but with my business I didn’t have the time to train them myself. Normally, I spend 70 days a year traveling at trade fairs and visiting clients. This year, due to the coronavirus, I was able to spend that time with the horses so I said ‘ok, we’re going to train them ourselves again’.

“Messi won his first race this year even though I didn’t think he was ready, so I thought there was a lot of improvement in him. He won his second race as well so I kept on training him and I thought he was capable of winning races in France.

“I was extremely happy with him when he finished second in the Arabian World Cup at Longchamp. It made me start dreaming of the races in the Middle East but, due to coronavirus, I didn’t think I would get the chance to go. All of a sudden I got a message asking me if I wanted to go. I was lucky to get the invitation and I’m very thankful.”

Having started riding showjumpers in his early teens before switching to racing Arabian horses, Keersmaekers has developed a unique training style.

He added: “I started riding showjumpers at 14 and then my parents got involved in Arabian show horses. There were a few which are not good enough for shows so we started racing them.

“Our trainer wasn’t getting the results so I said to my mother that we should start training them ourselves at home and it went very well.

“We try to mix a little bit of the normal horseracing training and a few ingredients of showjumping training. We have a 750m oval training track. It’s not fancy or anything special and the horses are ridden out in the woods and forests.

“Messi trains a little bit in the morning and spends a lot of his time in the field – he enjoys it. He’s had a bow tendon in the past and he had to have an operation. I think being out in the field with the surface not being perfectly flat surface helps give him more elasticity in his legs.”

Much like his footballer namesake, Messi has been in great demand since rising through the ranks to the premier league of Arabian racing. There have been big-money offers from inside Belgium as well as from Turkey and the Middle East.

None of them have been enough to tempt Keersmaekers to part with his star striker and there is a certain football-mad member of his family keen to keep hold of the stunning snowy grey.

The trainer said: “I was breeding horses on the side and we had this foal. I said to my nephew that he could name him. He picked Messi.

“It’s easy for people to remember his name now and he’s often been the underdog in his races so that’s generated even more interest.”

Editor
Organised by the Jockey Club of Saudi Arabia and run at the King Abdulaziz Racetrack in Riyadh, Saudi Arabia, The Saudi Cup is a two-day festival of international racing headlined by the USD$20m Saudi Cup – the world’s most valuable race.

Established in 2020 with the second renewal set to be run on Saturday February 20, 2021, The Saudi Cup day card carries a total prize purse of $30.5m and features dirt and turf races for the highest calibre of racehorses in the world.