Nominations are up for the Dubai World Cup 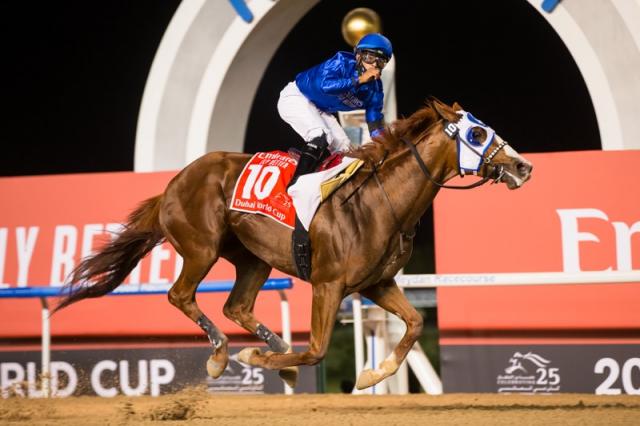 With nine races, including six Group 1s, on the card and $30.5 million in total prizemoney, the Dubai World Cup meeting promises to be a spectacular day of racing, culminating in the 26th G1 Emirates Airline Dubai World Cup.

Sheikh Rashid bin Dalmook Al Maktoum, Chairman of Dubai Racing Club, said: “To have more than 750 horses from 20 different countries nominated shows the continued strength of the Dubai World Cup meeting, which has grown each year since its inception in 1996. This achievement has been made possible by the vision and guidance of His Highness Sheikh Mohammed bin Rashid Al Maktoum, Vice President and Prime Minister of the UAE and Ruler of Dubai, who is the world’s most influential supporter of this sport. We are delighted to have so many Group and Grade 1 winners nominated, including established stars such as Life Is Good and Hot Rod Charlie, and we thank the horse connections for their support and their trust in Dubai. We look forward to welcoming connections and fans to the 26th Dubai World Cup and we aim to deliver a spectacular night.”

The Purebred Arabians get their chance to shine in the $1million Dubai Kahayla Classic, the traditional curtain raiser to the day. With 70 entries, there will be a quality field including 2021 winner Deryan and second AF Alwajel, representing three-time UAE Champion Owner Khalid Khalifa Al Nabooda. Also among those nominated are Abbes and First Class from the barn of Alban De Mieulle of Qatar, Hajres from trainer Elisabeth Bernard, Hidalgo Du Croate under Julian Smart’s care,  Lady Princess from trainer Thomas Fourcy, Mubasher Al Khalediah with Saad Bin Mutlaq, and the US entry, Iridesse with Ernst Oertel.