There's a new Alkhalediah in town 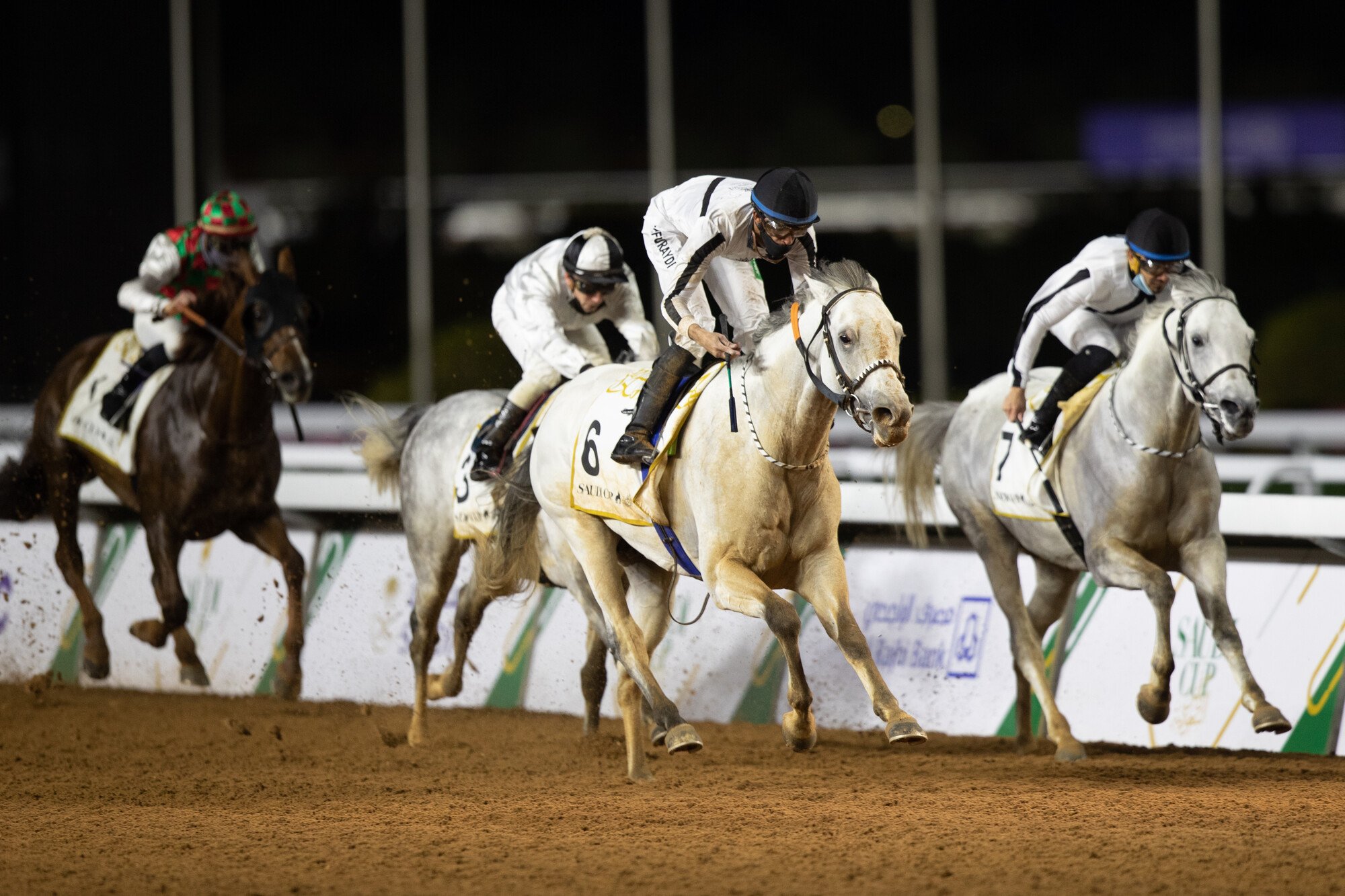 The 6-year-old gave warning last time out that this upset could happen when beating Tallaab Alkhalediah – defending champion from this 2000m race in 2020 – in the Group 1 Prince Sultan World Cup. Both horses are trained locally by Mutlaq Mashref and owned by Alkhalediah Stables.

It was between the grey Alkhalediah pair in the home straight and Alfouraidi, who had enjoyed a victory in Friday’s stc International Jockeys Challenge, came with a powerful run wide of Mutwakel Alkhalediah approaching the final 200m and took the prize by a length and a quarter.

Prince Fahad, representing winning owner Alkhalediah Stables, said: “It means a lot to us; His Royal Highness Prince Khaled always wants to have the first in all races. We wish that the champ of last year won it this year; thank God we won this race with a Saudi jockey and got first and second places, which is a very good start to the year, and we hope to get better in the future.

“Our jockey won a Group 1 at the end of last month, so we were expecting a lot out of him. I think this horse is one of two future stars of Alkhalediah Stables. Hopefully we will see him in the Dubai Kahayla Classic, and hopefully he can win. We hope he repeats the love story of Tallaab Alkhalediah.”

Eddie Castro, jockey finishing 2nd on Mutwakel Alkhaledia said: “It was a nice race. My horse ran good. There are no excuses. I think maybe 2000 metres is a bit far for him. Maybe 1800 metres will be better for him.”

Cristian Demuro, jockey, Hajres, 3rd “He ran good. I think if the race was run over further, he would have finished second. Longer is better for him.”

Harry Bentley, Fettah Du Loup,13th: “He didn’t run well today. I do not know what the reason was. He was negative.”
~ end