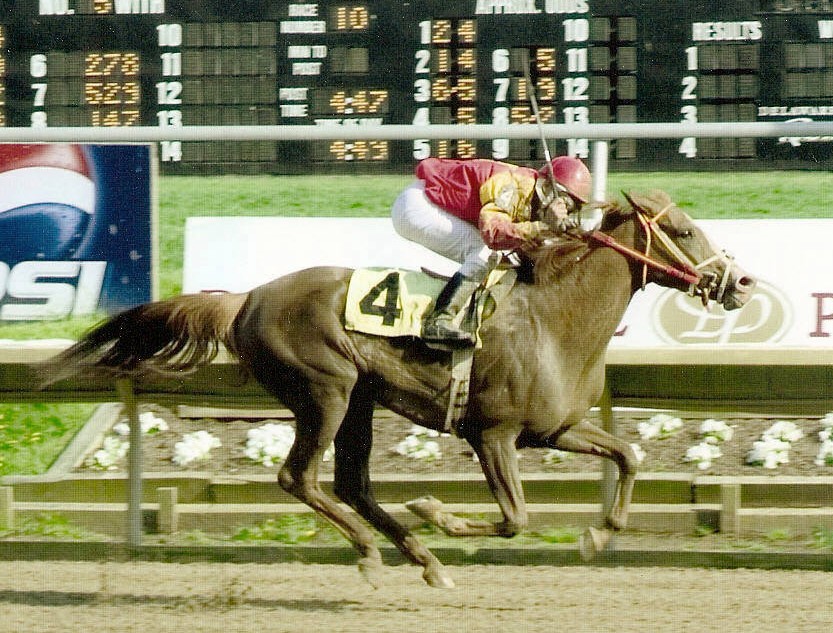 In order for a horse to be considered into the Racing Hall of Fame, it must meet criteria within the following mission statement: “The horse shall have made a significant contribution to Arabian racing in the United States through the horse’s own performance and the performance of its progeny.” Additionally, the following gender criteria must be met:

In this spirit, we are proud to announce the 2021 Racing Hall of Fame Inductee, FRYNCH. Frynch will join her place in the Racing Hall of Fame alongside her great mother, Fryga, who was inducted in 1999. Bred by Dianne Waldron and Willie J. Linahan, Frynch took her first breath in the country of her namesake, France, on February 6, 2000, and was then imported in December of that year to Dianne’s Rosebrook Farm in Brooksville, Florida. Frynch would go on to earn $249,756 in just 28 lifetime starts, surpassing even her famous mother in earnings, and doing it in about a third the number of races. Frynch stormed tracks from coast to coast, even as a three-year-old. But her four-year-old campaign was her breakout year, when she took the Jewels of the East Sapphire Sprint Stakes, the Buzz Brauninger Distaff Stakes, the Cre Run Oaks, and a second in the Gladys Brown Edwards Arabian Cup Distaff Championship Stakes (G1). Frynch would be named Darley Champion 4-Year-Old Filly later that year. Even so, it would be in the breeding shed that her royalty would truly shine, particularly through her daughters.

In 2009, Wycked (’09 filly by Burning Sandy) was born to Rosebrook. She earned three wins from four starts in the United States and was named Darley Champion 3-Year-Old Filly.

We are proud to induct Frynch into the AJC Race Hall of Fame, in recognition of her significant contributions to Arabian racing in the United States through both her success on the racetrack as well as the notable achievements of her progeny. We offer our congratulations to her breeder and owner, Dianne Waldron of Rosebrook Farm. 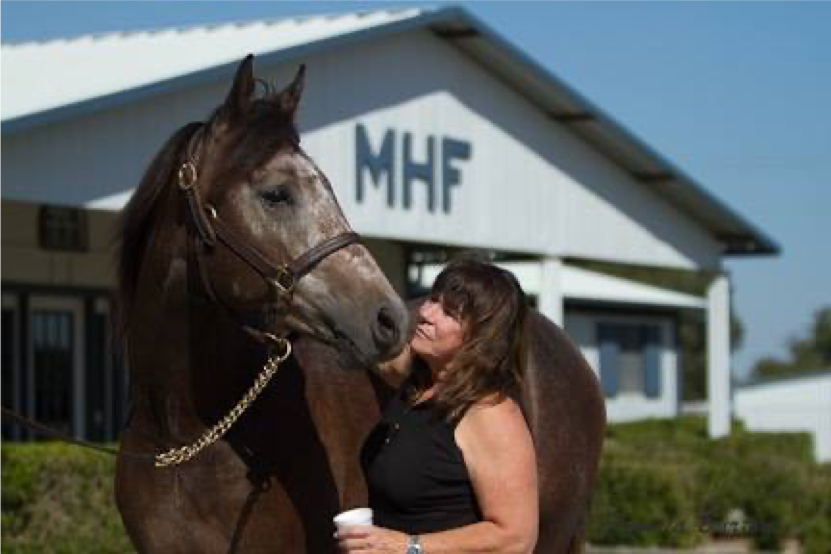 In order for an individual to be considered into the Tent of Honor, he/she must meet criteria within the following mission statement: “The person nominated shall meet the criteria of length of service to the breed (15 years in the Arabian horse industry, having raced 10 years), courage to do what is best for the horse, be above reproach, devoted to the horse and community, and provide service in the areas of leadership, heritage, education and/or research.”

It is, therefore, our pleasure to induct Michelle Morgan into the AJC Tent of Honor for her extraordinary contributions to the sport of Arabian racing.

Owner and founder of Mandolynn Hill Farm in Aubrey, Texas, Michelle Morgan is an industry leader in Arabian breeding, flat racing, and endurance in the United States and around the world. With the goal of breeding and producing superior athletes with the capacity to perform and excel, Michelle’s horses have successfully competed in many disciplines nationally and internationally.

Michelle grew up in Texas with a passion for Arabian horses. She purchased her first Arabian in 1987 and fell in love with the breed’s personable nature and ability to bond with people. As a young adult, she competed in the Arabian show world, as well as dressage and Hunter/Jumper. In 1991 under the encouragement of her husband, Dr. Mickey Morgan, Michelle entered the racing arena mentored by September Farm’s Martha Dean Thurman (owner of the legendary *Sambor) with an Arabian stallion named Amazing Son, who proved to be one of the best in the field of Arabian racing. Later, Denise Gault of Race Street Management, Inc., became an instrumental guide and personal friend in building the Mandolynn Hill Farm program.

Michelle has remained a stalwart leader in our community now for three decades, and has served as a national and international spokesperson and ambassador for the promotion and preservation of Arabian racing and breeding. She has been invited to participate on numerous panels of the Sheikh Mansoor bin Zayed Al Nahyan Global Racing Festival conference in Abu Dhabi and around the world to lend her expertise on racing and breeding practices.

The homebred horses of Mandolynn Hill Farm (many of them horses that Michelle also trained) bear the familiar “MHF” initials and have been seen in countless winners’ circles in Arizona, California, Colorado, Delaware, Florida, Michigan, Texas, the United Kingdom, Oman, and Poland. One particular homebred, Sudden Mischief, also was named Darley Older Horse of the Year award in 2005. Michelle has bred over 250 Arabian racehorses throughout her breeding career.

Under Michelle’s care, Mandolynn Hill Farm has also stood as one of the nation’s premier stallion stations, standing elite breeding stallions such as Chndaka, Grilla, Kaolino, Nivour De Cardonne, and others.

In addition to over twenty years of service on the board of the Texas Arabian Breeders AssociationMichelle currently serves on the Arabian Racing Cup (ARC) Board of Stewards – a position she has held for many years – particularly overseeing the ARC Breeders Incentive Program which offers cash bonuses to breeders of the top three nominated horses in over 15 races annually across the United States.

We are proud to induct Michelle Morgan into the Arabian Jockey Club Tent of Honor in recognition of her lifelong talent, commitment, and leadership within the sport of Arabian racing. Michelle will be inducted on Saturday, November 20, 2021 at Lone Star Park in conjunction with the Texas Arabian Claiming Series Stake.

The Arabian Jockey Club congratulates both of these outstanding inductees on receiving these prestigious awards, and thanks them for their tremendous contributions to the sport of Arabian racing.

In 1995, the Arabian Horse Trust began an honorary program that recognized great Arabian racehorses (Racing Hall of Fame) and leadership individuals within the sport of Arabian racing (Tent of Honor). In 2008, all voting privileges and decisions were transferred by the Arabian Horse Trust to the Arabian Jockey Club (AJC), and have remained under the AJC’s domain ever since. With respect to great achievement superseding all criteria, inductees are chosen only when individuals and horses are found to be worthy of the honor. As such, this award is not awarded annually. In fact, this year’s inductees represent only the 14th induction into the prestigious program.
~ end