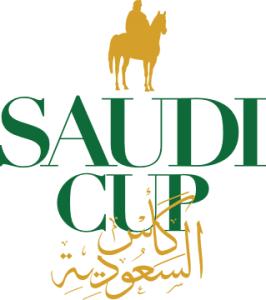 Prizemoney will be withheld from the horse, MAXIMUM SECURITY (USA) trained in the USA by Jason Servis, until the JCSA is able to satisfactorily complete its investigation and any inquiry.

This decision has been taken in the interests of safeguarding the integrity of racing in the Kingdom of Saudi Arabia, and is based on the following considerations:

Following the running of the 2020 Saudi Cup Jason Servis and others were indicted on charges in the USA. The sealed indictment, which covers a period of time between 2018 up to February 2020, alleges that Jason Servis administered performance enhancing drugs (PEDs) to horses in his care, including MAXIMUM SECURITY.

The administration of PEDs is prohibited under the JCSA Rules and the Horseman’s Guide to the Saudi Cup, to secure the integrity of racing and the welfare of racehorses. Prior to the race the JCSA received no allegation and no indication that MAXIMUM SECURITY had ever been administered PEDs.

However, as a result of the USA indictment the JCSA received an objection to the participation of MAXIMUM SECURITY in the race. As a result of that objection and the indictment, the JCSA commenced its own investigation into the allegations which was notified to all connections of runners in the race, and to the wider public.

That investigation remains ongoing but has been hampered by the Covid-19 crisis and the fact that the JCSA is not a party to the ongoing legal proceedings in the USA. Therefore, unless and until the evidence that supports the sealed indictment in the US Proceedings is placed in the public domain, that evidence is unavailable to the JCSA’s investigation and to any JCSA inquiry.

The JCSA is bound to reach a fair and reasonable decision on the objection and circumstances of MAXIMUM SECURITY’s running in the race and it cannot do so without the consideration of relevant evidence that has been gathered by the prosecution authorities in the US Proceedings in respect of the sealed indictment.

Therefore, the JCSA cannot properly conclude its investigation and any inquiry by its Stewards’ Committee cannot be commenced without consideration of all relevant evidence including that gathered by the prosecution authorities in the US.

The JCSA will make no further comment until the conclusion of the investigation.