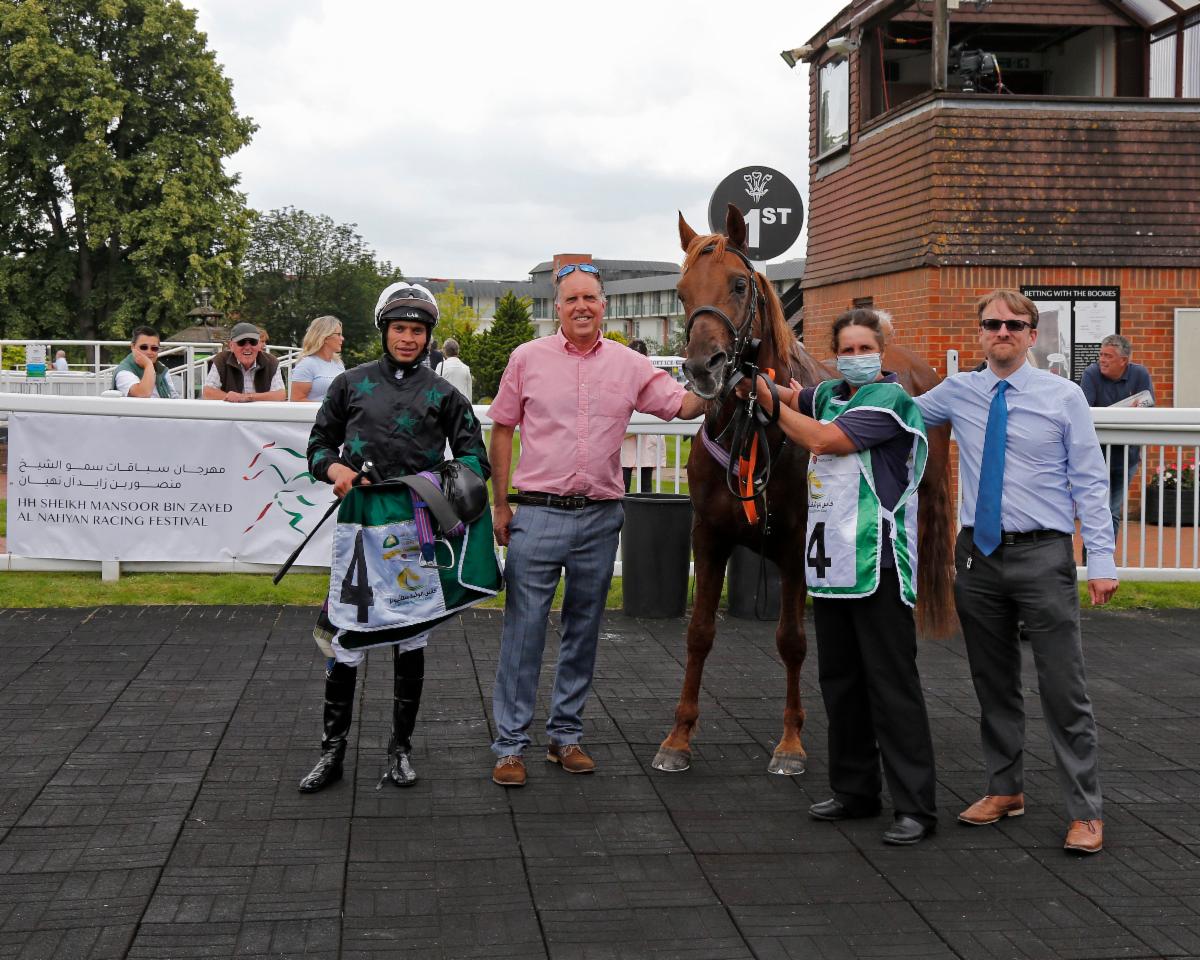 14 July 2021, UK ~ Sean Levey and Zayin Zyperion broke a three-year absence from the winners’ enclosure for owner-breeder Paul Simmons when they secured the Wathba Stallions Cup at Lingfield Park by a short head on 14 July 2021. One of five runners in the race for trainer Pete Hammersley, the six-year-old son of No Risk Al Maury headed Evermore Racing’s Kayack, with Steve Blackwell’s Aljawaaher two lengths away in third.

Levey commented: “That was very good, the horse traveled brilliantly throughout. He’s obviously an experienced type who knew exactly what he was doing. He didn’t pick up when I first asked him, he put his head up and thought about it for a stride or two, but he responded in the end, put his head down and ran to the line well. I’m delighted.”

Simmons was all smiles saying: “My last winner was three years ago with his half-brother Zayin Zachilles who I did so well with. Zyperion really deserved this win, he’s been placed in all his starts since he progressed to handicaps, he’s done nothing wrong. Kayack gave him a good race right to the line. Sean gave him a brilliant ride and brilliantly trained by Pete of course!”

Hammersley agreed saying: “Brilliant wasn’t it? Well deserved, we’re very pleased with him. It’s nice to get another winner on the board, we’ll have a look and see where we can go next with him.”
WATHBA STALLIONS CUP HANDICAP STAKES 0-55

The mile and a quarter (0-55) handicap was the fourth Wathba Stallions Cup sponsored races run as part of the Arabian Racing Organisation (ARO) season. The race is held as part of the global HH Sheikh Mansoor bin Zayed Al Nahyan Racing Festival programme of races, with the Wathba Stallions Cup series aiming to promote the breeders of Arabian racehorses. It is supported by Wathba Stallions, the breeding arm in the UAE and France, of HH Sheikh Mansoor bin Zayed Al Nahyan, Deputy Prime Minister and Minister for Presidential Affairs, who is also Chairman of the Emirates Arabian Horse Association.