On the Road to the Dubai World Cup 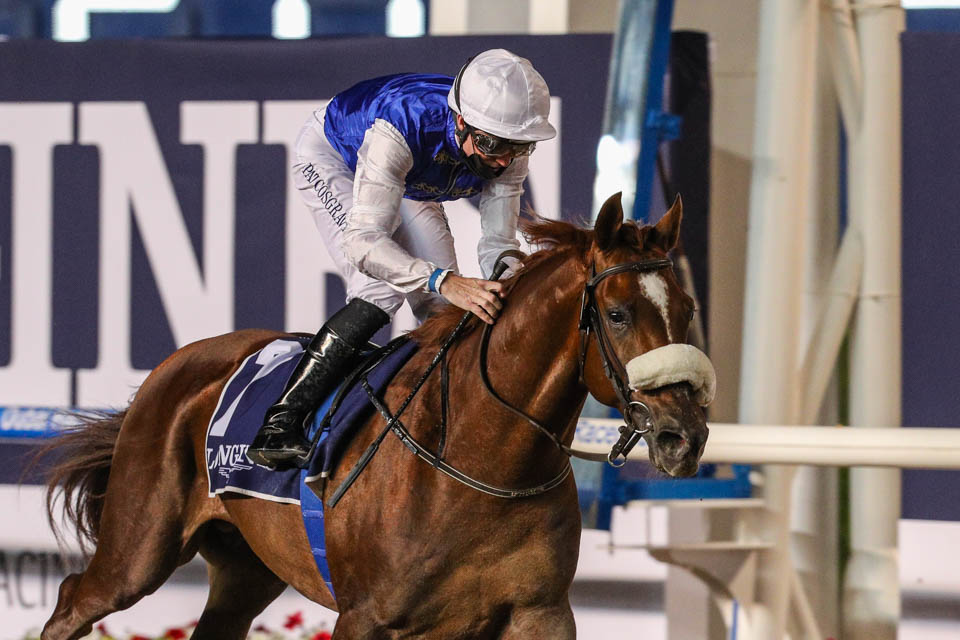 Confidently ridden by Pat Cosgrave sporting the blue and white silks of Byerley Racing, the 5-year-old entire was settled in about fifth of the nine runners. When Cosgrave pressed the accelerator, his mount picked up nicely, hitting the front about from 300m home, taking over from the R1 winner, Brraq, and never in danger thereafter, breaking the track record in the process.

After two Abu Dhabi turf outings to kick off his UAE career, he reverted to dirt, a surface on which he was a Grade Three winner in his native US, to land the Listed Madjani Stakes, over this 1900m course and distance in the middle of December, his previous outing.  Win time for the R2 1900 metres was 2:07:07


Cosgrave said: “He just did not like the grass or going clockwise at Abu Dhabi, but I was very confident last time even though I hit the front too soon when we won that.

“He is a lovely, straightforward horse who you can ride to suit the race because he is genuine and versatile. He also has loads of ability which really helps!”