In this changed times, innovative competitions keep us sharp

15 September 2020, Windsor, UK ~ The Virtual Windsor Autumn Series has received over 1,200 entries, with participants competing from 16 countries around the world. The September edition of the first-of-its-kind virtual show series — which runs entirely via a live-stream composed of video competitions, photographs and calls — will take place from 25-27 September 2020. Alongside online Showing, the Show also hosts a new-format video jumping competition, The Omega Equine Equitation Jumping, The Omega Equine Pony Club Dressage Home International, and The Riding for the Disabled Association Dressage Challenge. 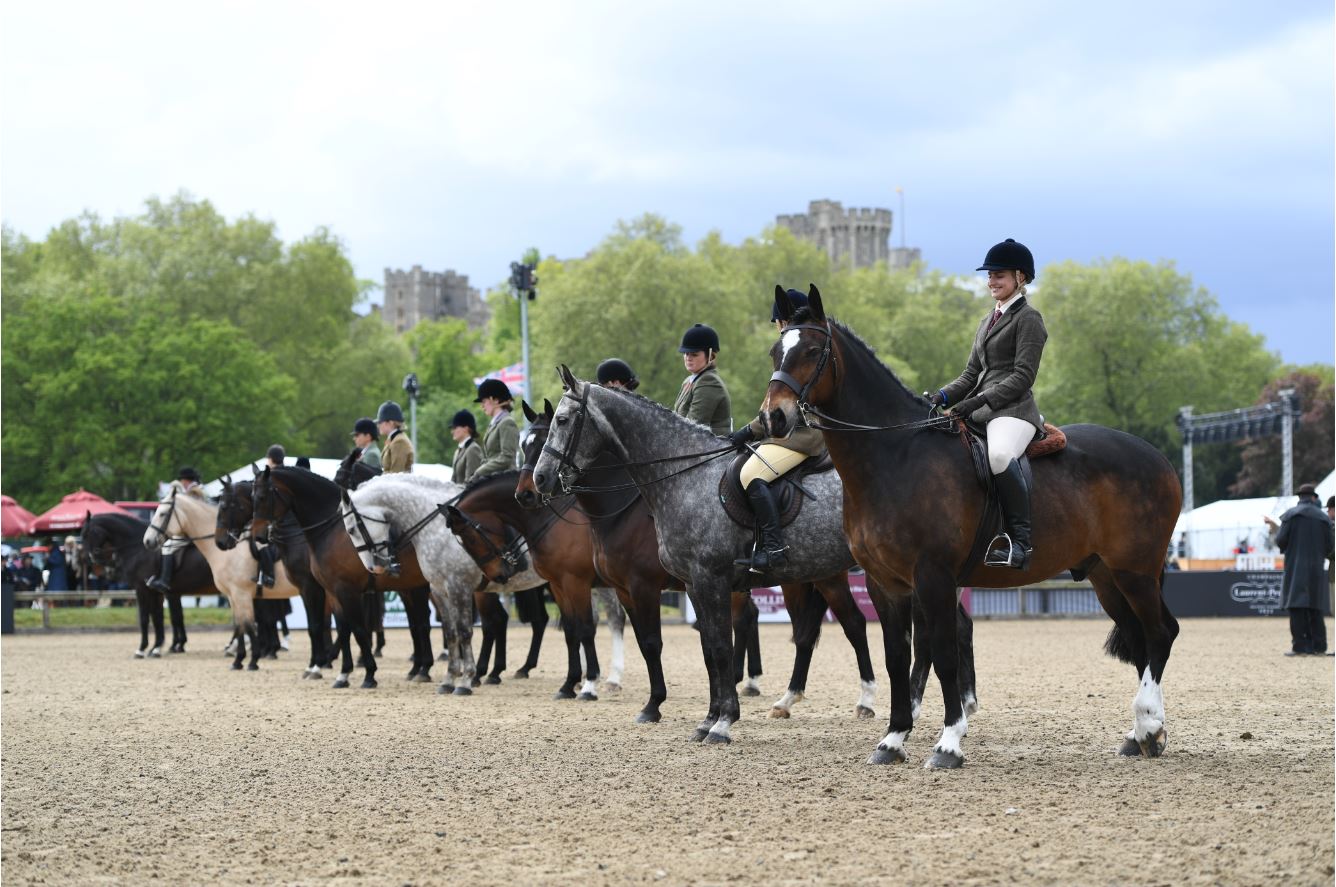 The 20 Online Showing classes saw a good turnout, with several well-known names making an appearance. Top showing producer Robert Walker’s seven-year-old daughter Isabella will contest Class 12, the Plaited Mini Pony, on the eight-year-old Sorells Royal Jubilee. Robert says, “Willow, as he’s known at home, has given Isabella four years of enjoyment. He has been very successful in Lead Rein [classes] picking up many wins, including the Blue Riband and Champion at Cheshire two years running.”

Young rider Liberty Taylor-Hopkins competes in the Intermediate class on the Emma-Jayne Dujardin-produced Carnsdale Kings Secret. Emma-Jayne, sister of Olympic medallist Charlotte Dujardin, is a renowned Showing Producer, who said previously that she is “Very proud to be the Producer of two of the top Show Hunter Ponies in the top 10 of the [May Edition] Virtual Windsor Horse Show.” Liberty is a previous winner at the inaugural Virtual Windsor Show, where she took the Show Hack and Riding Horse title on Whalton Goodness Gracious.

Another one to watch in the Online Showing will be Fiona McIntyre, an Australian Showing Producer who was recently awarded the 2020 ‘Lady of Racing’ for her contribution to the retraining of former racehorses. Amongst her entries is Bart Cummings’ former grand stayer Precedence, who competed in four Melbourne Cups and won two Moonee Valley Cups. The online Showing classes have been particularly popular amongst Australian riders, with 135 entries across the board.

The Showing will be played out over the three days of the Show and will culminate in The Voltaire Design Supreme Championships.

Brand new for this Series is The Omega Equine Equitation Jumping, an entirely new video discipline which brings jumping competition into the mix. Riders complete a set test, which incorporates a one-stride triple of any safe height and construction along one side of a 20x40m marked out space, and are marked on their rhythm, riding and the willingness and shape of the horse. Designed to make competition accessible, and to promote excellent horsemanship at all levels, the Autumn Series will see two sections: U16s and Open.

The U16s will see a familiar name in the shape of 13-year-old Ellie Stockdale, niece of the late Tim and cousin of Joe. She rides Ostaras Umberto, a Dutch New Forest Pony who she has owned for six months, with whom she has recently been to Pony Club Camp. The Stockdale family has been great supporters of the Royal Windsor Horse Show for many years, with both Tim and Joe securing memorable victories there.

The Open section also sees young rider Gracie Tyte, better known by her social media handle @pony_nuts. Gracie, who is also an ambassador for British Eventing, blogs about her training journeys with her four horses and has a quarter of a million followers across her social media channels. She contests the class on her six-year-old mare, Myspires Another Star.

The Omega Equine Equitation Jumping has seen great support from overseas riders, with entries from as far afield as Canada, Bulgaria, New Zealand and Finland. Six entries have also come from Thailand, including nine-year-old Punyaphat Budsaenkhom who contests the U16s aboard City NP, having previously achieved 10th in The 2019 Thailand Pony Showjumping Championship.

Entries for the qualifying rounds of The Omega Equine Pony Club Virtual Dressage Home International have also closed and selection for the national teams is underway. The competition, where the winners of the qualifying rounds go on to represent their countries in the Virtual Home International, saw 89 entries from across England, Scotland, Wales, Northern Ireland and the Republic of Ireland. Several competitors, including Tirion Budd (Wing Man) and Jazmin Vollands (Mo Chara Nua) represented their country at the inaugural event at Royal Windsor Horse Show in 2019 and are competing for the 2020 Virtual Trophy, former RWHS Tetrathlete, Lauren McGlennon (OMS Lady Esquire) is also competing for a place on the team.

THE RIDING FOR THE DISABLED DRESSAGE CHALLENGE

There was a total of 43 entries for The Riding for the Disabled Dressage Challenge, supported by Players of the People’s Postcode Lottery and Wyychanger. Open to all levels and grades of riders, the result is decided on the highest overall percentage, with riders performing the test most suitable to their grading. Alongside some well-established RDA and para riders, the class was also an opportunity for many new RDA riders to take part in their first competitions virtually in this COVID-19 year, including Sophie-Alice Pearman (Carnival Red), Lisa Brooks (Blue), and Alfie Brew-Lee (Maple), who are all riding in their first dressage competition at Virtual Windsor.