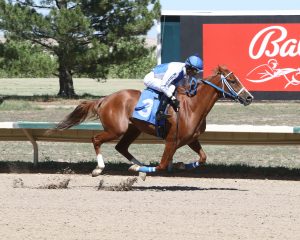 Kazzu led out the gate, setting the pace with Codyman AA and Breadline keeping up the pace while Uptown Ringoffire ran comfortably at the rear of the pack.  Around the far turn the three year-old RS Risk Taker, guided by regular jockey Travis Wales, had advanced three wide, and took the lead in the stretch, with no challengers as he won going away. WMA Smoke Signal, ridden by David A. Martin, was again second place, with his record three seconds for the 2022 Arapahoe Wathba Stallions Cup race series. Uptown Ringoffire was third under Scott Bethke, and Cody Man AA under Chris Fackler was fourth.  The winning time was 1:19:15/

Winning owner and trainer Nicole Ruggeri said,” He is a late foal and still a young three-year-old. We will see how he comes out of this race series and then make a plan. He looks like he could be a distance horse.” 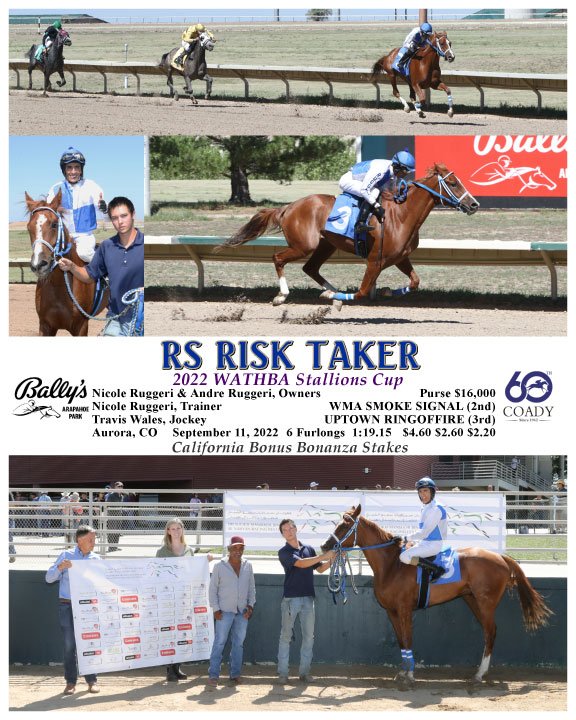 Thanks to Arapahoe Park for hosting the 2022 Wathba Stallions Cup

The Arabian Racing Association of California (ARAC) Colorado-based race series has united the US Arabian racing group bringing together an exciting field of mostly three and four-year-olds from Mississippi to California – from Washington State to Texas.