29 November 2020, UK ~ Six runners will contest the Shadwell Arabians Stallions (0-95) Handicap Stakes to be run at Wolverhampton on Monday 30 November. The nine-and-a-half-furlong contest will be the final race in the 2020 Arabian Racing Organisation (ARO) season.

ARO Patron HH Sheikh Hamdan is well represented with five of the six runners, three of which are trained by leading trainer James Owen. Emiraaty and Farhaa have done all their racing overseas this term and though placed, are both seeking a first win for the season, whilst Mayzoonah was a course and distance winner in a lower grade on her latest outing. Farhaa could be the one to follow as she is reunited with three-time ARO leading lady jockey Joanna Mason. Mason who has recently turned professional, was the last jockey to get the five-year-old filly’s head in front when it mattered.

Owen also fields Sattam for his own Racing Club, who will be hoping for a good show for their last UK runner of 2020. He ran well on his debut at the Midlands track before making a quick reappearance in the UAE President Cup (UK Arabian Derby). There he finished fourth, with Loolwa more than two lengths ahead in third, she also reopposes here. Trained by Phil Collington, she was very professional that day and has since made the frame over course and distance, giving weight to the winner and second. Her stablemate Anfaas, like Emiraaty, has won over a mile at the course, but lacked her usual finishing kick on reappearance and is a tried in a visor here. 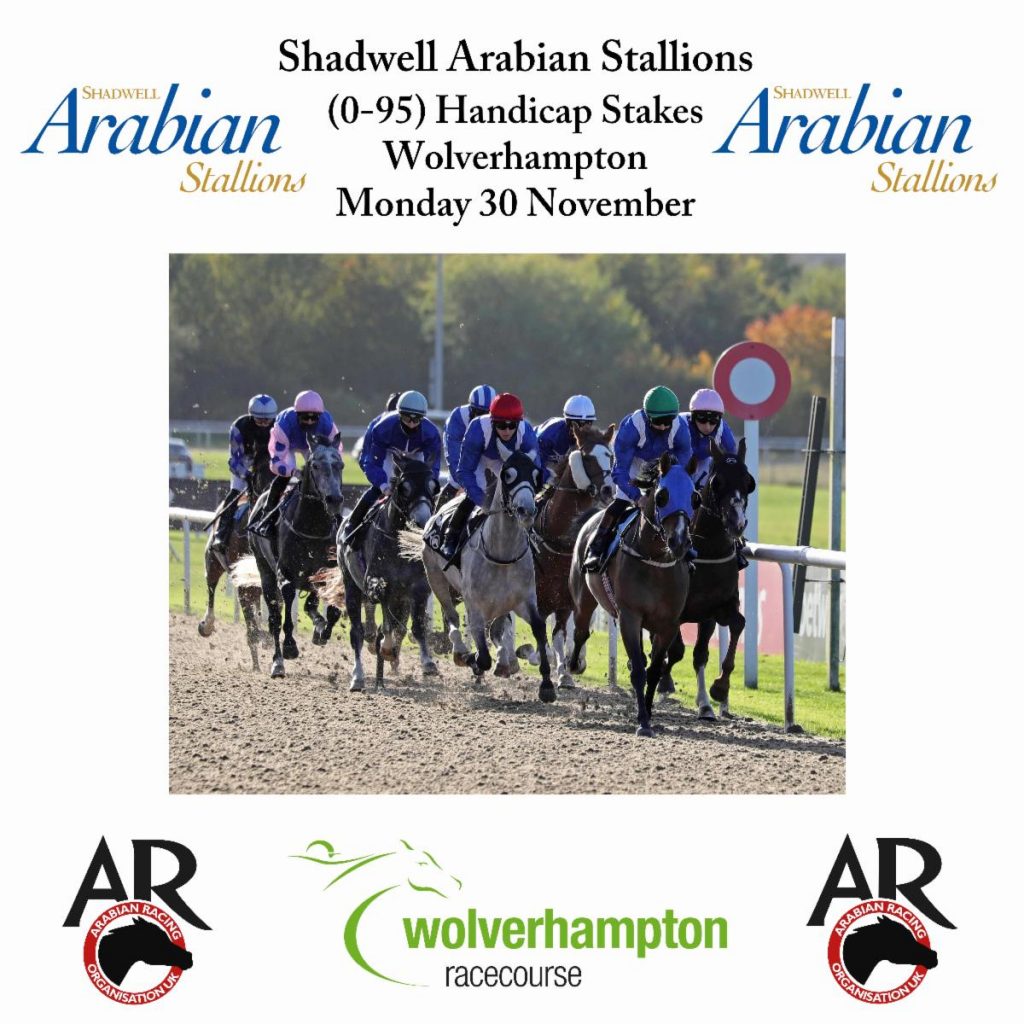 Genny Haynes, Arabian Racing Organisation Commercial and Finance Director said: “We thank Shadwell Arabian Stallions for sponsoring our last race of 2020, in what has been a challenging year for everyone.

“ARO is extremely grateful for the support of all our valued sponsors this season, which has enabled us to maintain our presence as part of UK racing. In addition, we also thank the British Horseracing Authority and Wolverhampton Racecourse for their continued assistance in 2020.”