4 December 2018, UK ~ MANARK (MAHABB) will start his stallion career in 2019. Bred in France by Haras de Mandore, MANARK won impressively on debut at three. His trainer, Damien de Watrigant, commented: “MANARK showed a lot of natural speed and was very precocious. He was always very easy to train.”

Exported to the UAE, MANARK was then trained by Erwan Charpy. After a first run in Abu Dhabi, he was entered in the Group 2 PA Bani Yas at Meydan, over seven furlongs where he demonstrated outstanding speed and won by more than nine lengths. His next start was the prestigious Group 1 PA Dubai Kahayla Classic, over ten furlongs. Ridden by Dane O’Neill, he took the lead from the start and fought off every attack to win by more than two lengths. His trainer commented: “MANARK has been the best Pure Arabian I have been fortunate to train, as he combined an exceptional physique with pure class on the racetrack. His great early speed coupled with a very high cruising speed has been his main asset, winning unchallenged over 1400m as well as 2000m, against top performers.”

The first foals of HANDASSA and TAAJER will be on the ground in 2019. With great pedigrees and amazing temperaments, both stallions have been well received by breeders and will continue to stand respectively in the UK and Italy. AL SAOUDI and AL JAKBAR will both stand in the UK at Shadwell Stud. From limited opportunities, they have produced good racehorses who have performed worldwide, in Sweden, Morocco, the UAE, the UK, France, Oman, etc.

Richard Lancaster, Shadwell’s Stud Director, said: “We are delighted to be able to stand a remarkable new stallion such as MANARK, that has shown precocity and speed at three and who continued to perform at the highest level throughout his career which culminated with his victory in the Kahayla Classic.

“Also standing in France, AF AL BURAQ, MADJANI and NO RISK AL MAURY do not need any introduction. They will, without a doubt, leave their mark in the history of Arabian racing.

“Our 2019 stallion roster offers various opportunities to all breeders to find the right match for their mares. We are very grateful for all the support we receive from breeders worldwide.” 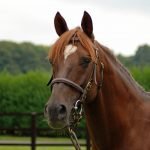 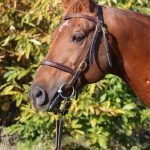 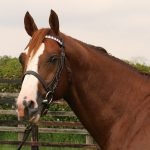 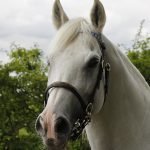 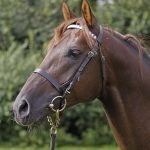 The complete roster, with the nomination fees and conditions, will be available shortly on Shadwell Arabian Stallions website and Facebook page. Breeders are invited to contact our team to receive their 2019 stallion brochure. Mare applications are welcome; limited books apply.