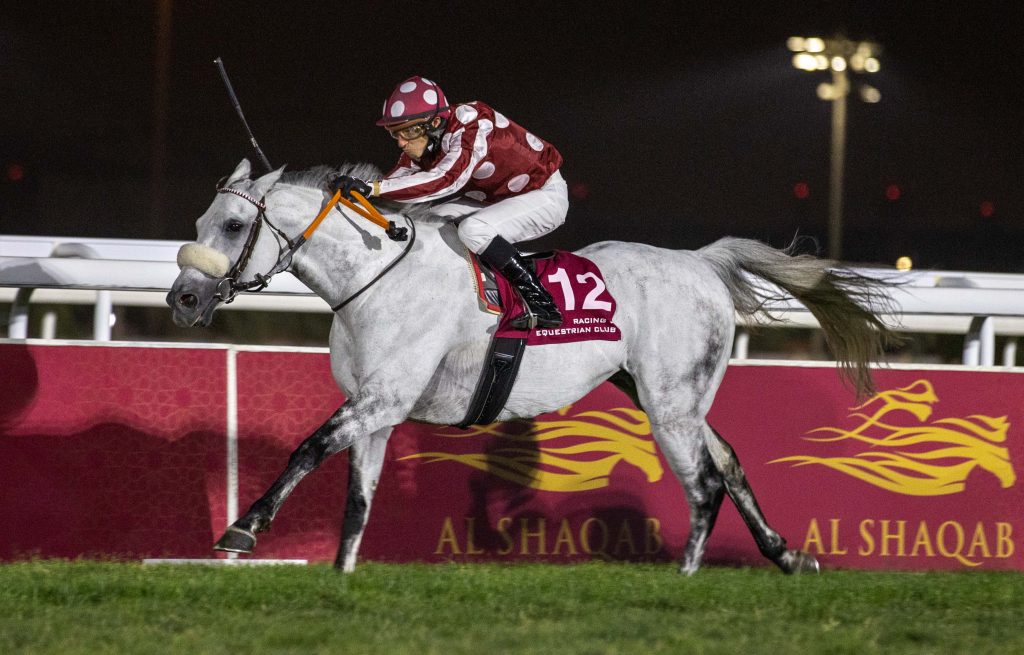 Umm Qarn’s TAYF (Amer x Djelmila) was right in his comfort zone as far as the distance goes as the Alban Elie De Mieulle schooled horse landed the QATAR GOLD SWORD (Gr1 PA) (Far Bend) (4YO & older) for the first time in three attempts in all these years. The Qatar Arabian World Cup winner had Ronan Thomas for company in the 2000m outing and the Frenchman gave his 9yo mount the go ahead right at the top of the straight and the grey horse obliged, first taking a narrow lead and then pressing his advantage even as H.E. Sheikha Yasmeen Bint Mohammed Bin Khalifa Al Thani’s MON’NIA (Amer x Margouia) and H.E. Sheikha Reem Bint Mohammed Bin Khalifa Al Thani’s EBRAZ (Amer x Massamarie), two of the three Julian Colin Smart wards in the run gave chase on the straight. Tomas Lukasek was astride the H.H. The Amir Sword winner Mon’nia, while Alberto Sanna partnered the prolific Ebraz, and both the contenders fell short as Tayf won by a length, even as a neck separated the runner up and the third place finishers. 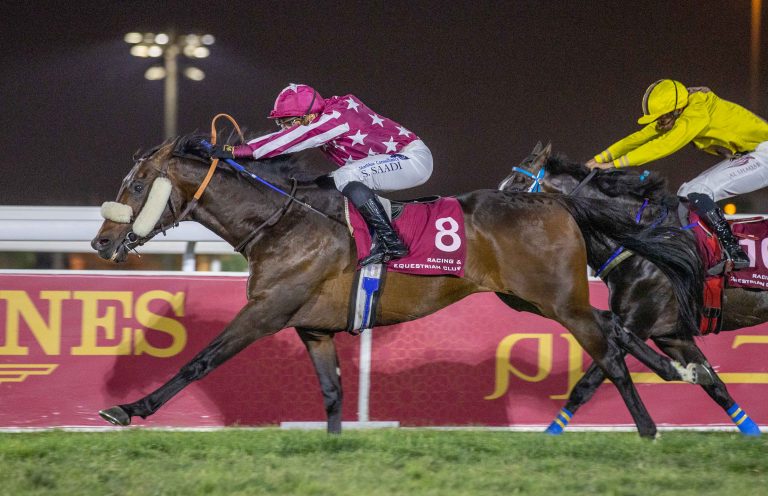 Mohammed Bin Hamad Khalifa Al Attiyah’s SIR MONLAU (Al Mamum Monlau x Al Anqa) registered his first victory in Qatar in a fine win in the QATAR SILVER SWORD (PUREBRED ARABIANS 4YO Only). With Soufiane Saadi in the saddle for the first time, the Alban Elie De Mieulle schooled 4yo was coming off a forgettable outing over C&D. The bay colt put up a fantastic run as the duo entered the frame and the winner’s circle for the first time on these shores, winning by a length and a quarter. 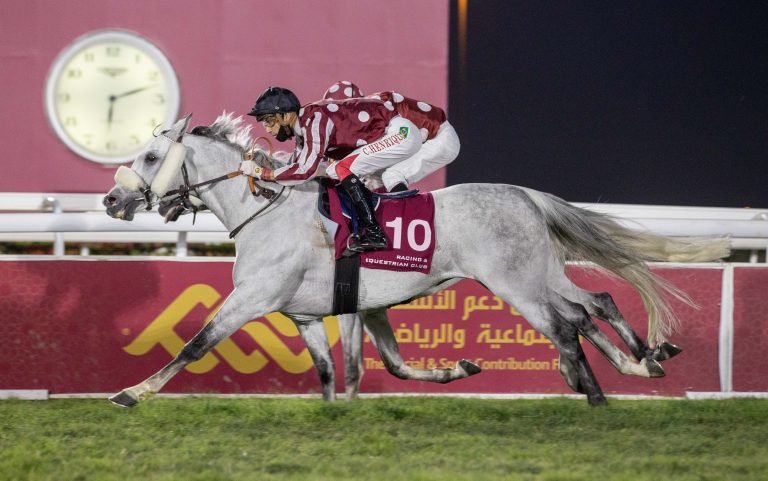 Umm Qarn’s SEALINE (Amer x Jaljalah) led a one two for the colours and the trainer Alban Elie De Mieulle when the 7yo landed his first victory on turf on Wednesday. In the QATAR SILVER TROPHY (LOCAL PUREBRED ARABIANS 4YO & Older), Carlos Henrique and his 7yo mount was locked with stablemate Aahil, ridden by Ronan Thomas, in the final stages of the mile long run. Sealine managed to edge out Aahil by a neck at the post for a close victory, only second this campaign. 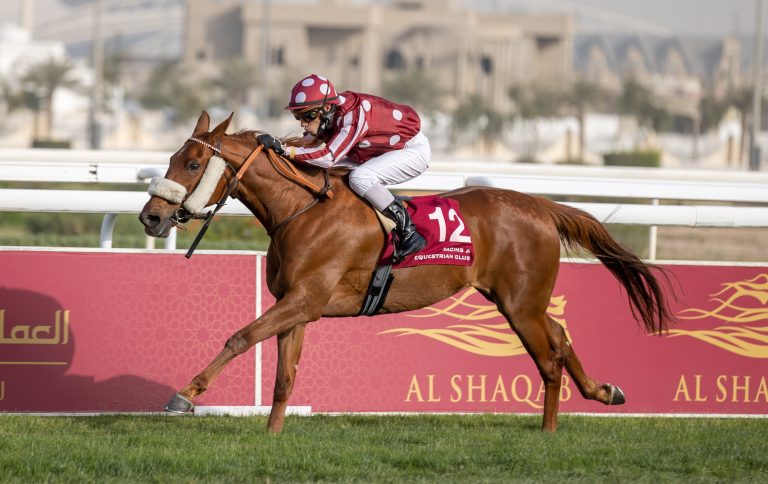 Umm Qarn’s AL ARABIE (Al Mamun Monlau x Altesse D’aroco) bounced back from a forgettable finish last time round at Al Uqda Complex to register her first career win on Wednesday. The Alban Elie De Mieulle trained filly was faced with a much longer trip than her promising first runs last month but was much at home in the seven furlong PUREBRED ARABIAN MAIDEN PLATE. Ronan Thomas guided the 4yo to a comfortable victory with three lengths and a quarter to spare.