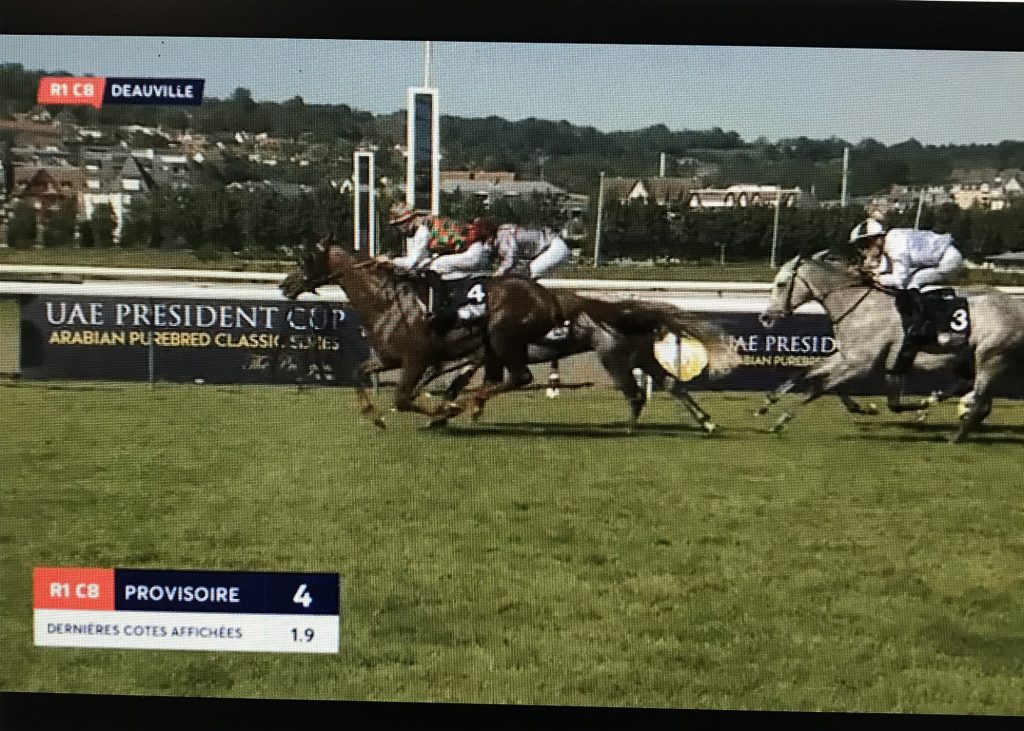 Deryan over the line before Melabi 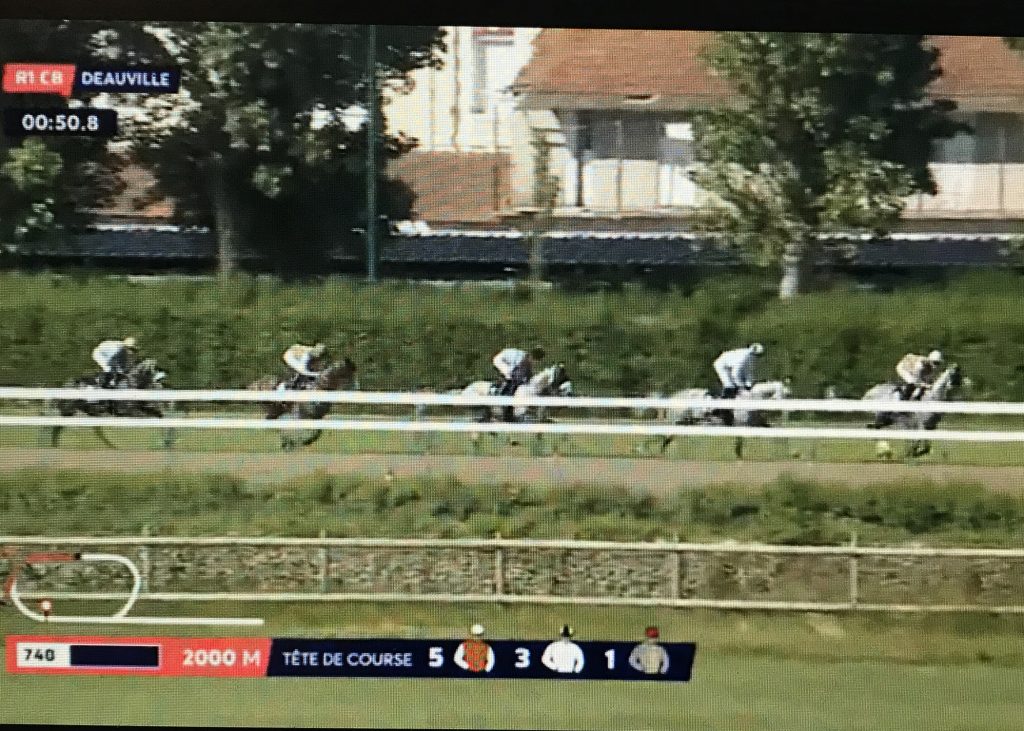 The 2000m race began like a parade with Ibn Gadir QA in the lead until the 1600m mark with favorite, Deryan, holding in 4th position. As the horses turned into the straight, the gauntlet was thrown and the horses surged ahead as a group, with Deryan, piloted by Ioritz Mendizabal coming fast four across on the outside. It was a fight to the finish, but Deryan continued the charge to cross the line ahead of 2nd Melabi, with 3rd Hajres Tun and 4th Ibn Gair QA just behind and Shalaa maintaining 5th, all still in close combat. Winning time – Temps du 1er: 2.18.13

1. DERYAN (Mahabb x Haboob by Akbar) ridden Ioritz Mendizabal, is trained by D. Guillemin, and owned by Yas Horse Racing Management.
Deryan last raced in Toulouse on May 11 2020 where he came in 2nd and before that he won his race in Pau in January, all races being at 2000m. His record for 2019 was 5(2-1) at the longer distance.
~ end