The second staging of The Saudi Cup meeting, headlined by the $20m Saudi Cup, has attracted a star-studded list of entries from across the globe. 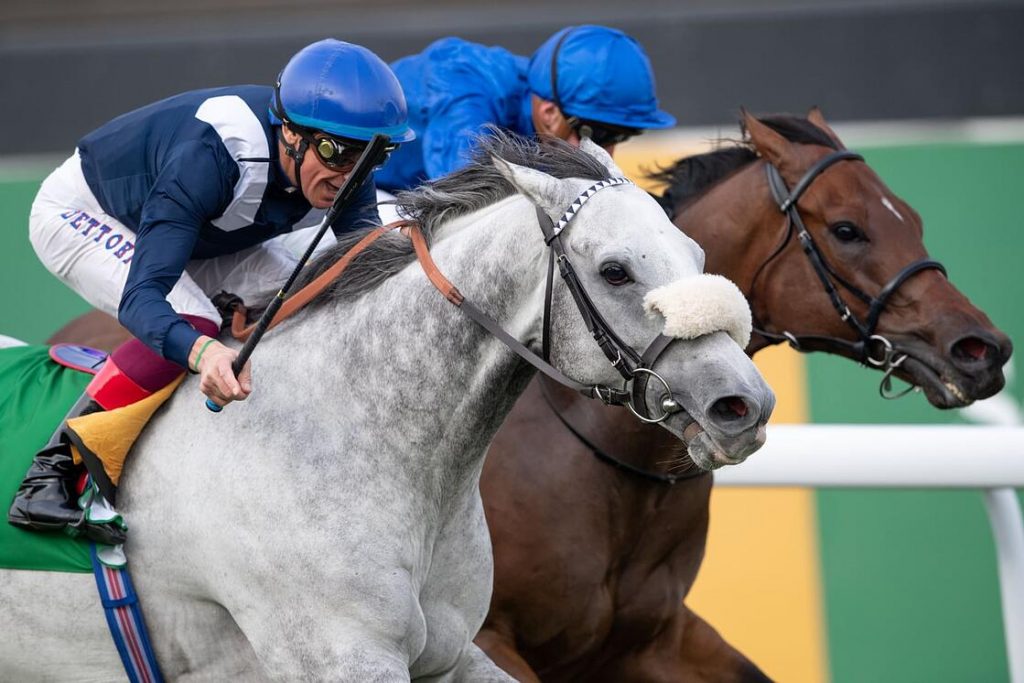 13 January 2021, Saudi Arabia ~ After a successful inaugural event last year, the two-day meeting, held at King Abdulaziz Racecourse in Riyadh on 19 and 20 February, has been expanded significantly in 2021 with increased prize money and a new race, resulting in an even stronger list of entries than 12 months ago.

The highlight will once again be the $20m Saudi Cup, the world’s most valuable race. The 1800m contest has attracted some high-profile entries, such as Kenny McPeek’s top-class Preakness winner Swiss Skydiver (USA), 2020 Breeders’ Cup Dirt Mile winner Knicks Go (USA) and Charlatan (USA), the winner of the Grade 1 Malibu Stakes.

More than 100 horses from nine countries and a total of 17 Group 1 winners have been entered for the feature race on the dirt and they also include last year’s Saudi Derby runner-up Mishriff (GB), while Japan’s recently crowned Dirt Horse of the Year (2020), Chuwa Wizard (JPN), is another who could be set to line up having gained an automatic spot for The Saudi Cup when winning last month’s Champions Cup.

Gronkowski (KSA), now in the care of Abdulaziz Khalid in Saudi Arabia, has been entered to run in the meeting’s highlight again after finishing 10th last year under Frankie Dettori. The locally trained winner of the 2020 Dirt Sprint, New York Central (KSA), has been entered in The Saudi Cup this year as has local hero, Alzahzaah (KSA), trained by Shaleh Alotalbi, winner of his last four starts, the latest being the domestic Grade 1, the Crown Prince Cup last month.

Channel Maker could also line up in the $2.5m Long Distance Turf Handicap, run over 3000m, which boasts over 100 entries from around the world and also includes the 2020 victor Call The Wind (FR), international globetrotter Prince Of Arran (GB) and English St Leger runner up Berkshire Rocco (GB).

In the The Obaiya Arabian Classic, $2,000,000, 2000m, Dirt, NH 4yo&up there are some of the world’s top runners including the 2020 winner, Tallaab Al Khalediah (KSA) trained by Mutlaq Bin Mushref – KSA, the US-bred Money To Burn trained by Eric Lemartinel from the UAE and the talented Jayide al Boraq (MA) trained by Khalifa Al Neyadi of the UAE.

Justin (JPN), who earned an automatic spot for the Dirt Sprint when winning the Grade 3 Capella Stakes last month could line up in that race, while the Purebred Arabian entries in the 2000m $2m Obaiya Arabian Classic are headlined by the Group 1-winning Messi (BEL), trained by Timo Keersmaekers in Belgium and last year’s winner Tallaab Al Khalediah (KSA), trained locally by Mutlaq Bin Mushref.

This year’s meeting, which starts on Friday 19 February, sees the addition of a new race, the $500k Saudi International Handicap, specifically designed for horses trained in IFHA Part II or Part III countries.

The race will form part of Friday’s proceedings where riders from across the globe will compete for the International Jockeys’ Challenge, won last year by Sibylle Vogt who is coming back to defend her crown.

Tom Ryan, Director of Strategy and International Racing for the Jockey Club of Saudi Arabia, was excited by the quality of talent entered for this year’s event.

“We are absolutely thrilled with the final entry list for this year’s Saudi Cup meeting, especially given the challenges everyone has been faced with over the past 12 months.

“Considering this is only the second year of a new international racing event, both the quality and depth of entries has grown significantly, and there is some really strong momentum behind the meeting. We have seen marked improvements across the board but most satisfying to us is the support that our turf races and the Saudi Derby have received.

“The Saudi Cup itself is fascinating with exciting entries from the USA, Japan, Europe and the Middle East, while we are delighted with the response to our new race, The Saudi International Handicap, which gives an opportunity for horses trained in part two and three racing countries to compete on the global stage.”