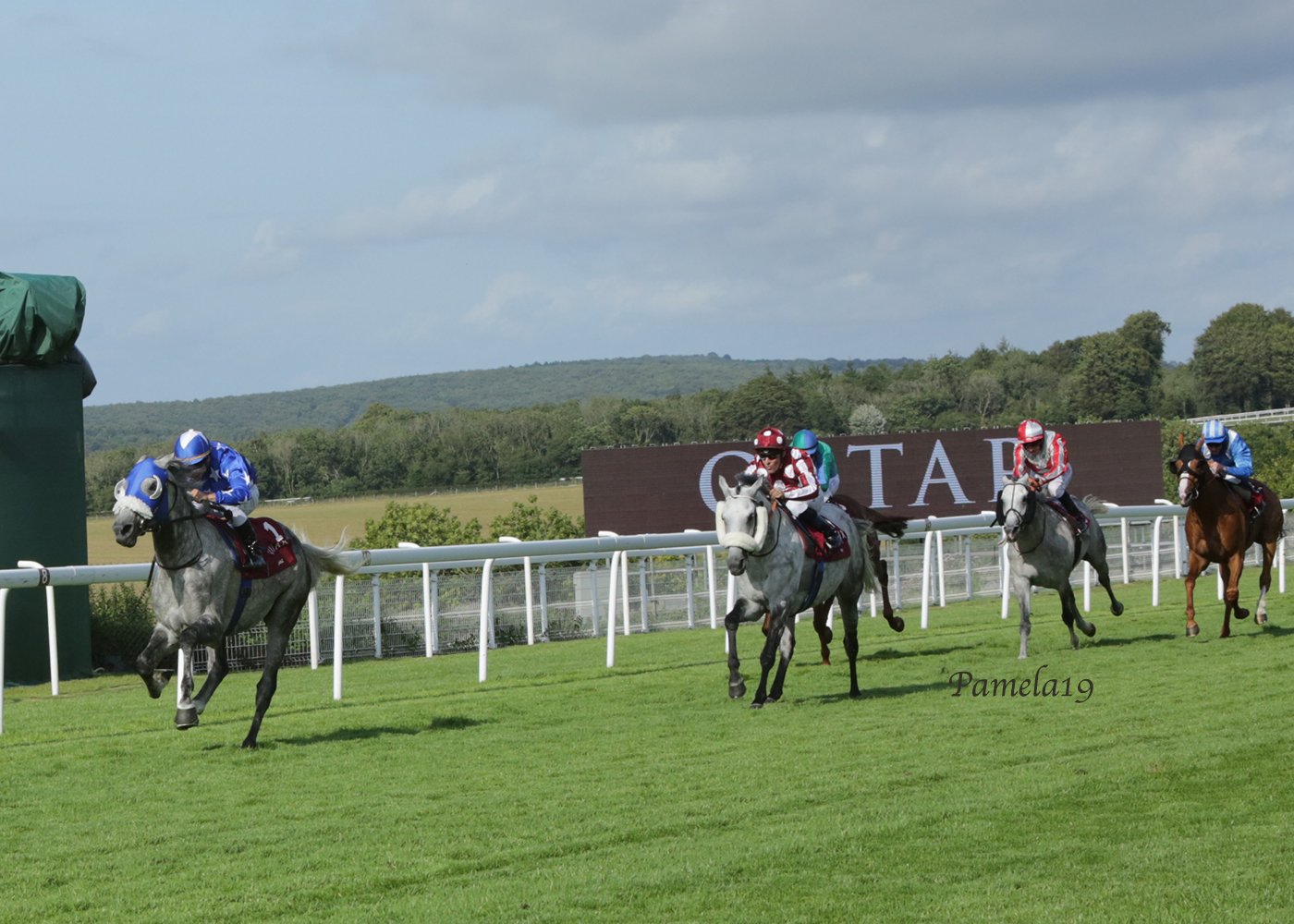 30 July 2020, UK ~ For a fourth consecutive year, two of the world’s leading Arabian racehorses, Ebraz and Tayf, will go head to head in the Qatar International Stakes. They complete a field of nine declared runners for the £200,000 Group 1PA contest, to be run over a mile on 1 August, the final day of the Qatar Goodwood Festival. The race will be the first to be held in front of UK spectators since the onset of Covid19 and promises to be a thrilling contest.

The Qatar International Stakes is the most valuable race in the Qatar Racing and Equestrian Club calendar. It is the first stage of the Doha Triple Crown, three Group 1PA contests over a mile, a mile and a quarter and a mile and a half. The Qatar Arabian World Cup at ParisLongchamp on Arc weekend is the second stage and the HH The Amir Sword, highlight of Qatar’s annual February Festival, concludes the challenge, making it a true test across three countries.

Ebraz, the world’s highest rated Arabian, is the only horse to win the Doha Triple Crown, which carries a $1million USD bonus. In what was a truly historic achievement, following his Goodwood success on 1 August 2019, he put up a strong performance to win in Paris and then claimed a third victory in the Doha, HH The Amir Sword in February 2020. Dual Group 1PA winner Tayf is a worthy opponent, having beaten Ebraz here in 2017 in an epic dual throughout the final furlong and finished runner-up to him here last year, and in this years’ HH The Amir Sword.

Also opposing from France are two progressive five-year-olds, Deryan and Bel’izam. Deryan comes here on the back of a recent Group 1PA success over further, and has three further pattern wins to his name, including one at this distance. Bel’izam has scored three pattern successes so far and was beaten half a length in November on only his second attempt at the highest level, also at this trip. This month he denied Ebraz a win on his European reappearance, so is clearly going the right way.

The remaining five runners are all UK trained, the largest number of domestic challengers since the race began in 2015. Whilst Storm Troupour and Zayin Angkor Centurion have been found wanting in this before, the most interesting could be Shaheer, making his UK debut for new connections. He was Group 1PA placed in France as a juvenile and at Meydan in 2018. The sporting connections of Tijaary and Abiyah Athbah both admit that career bests are required, however they are the youngest and least exposed of the UK runners. All will be coming here without the benefit of a preparatory outing and with prize money down to sixth, the competition for the lower places will be strong.

QREC CEO Nasser Bin Sherida Al Kaabi commented: “We have all been impacted by this pandemic, but this year’s edition of the race reflects our passion to support Arabian racing under any circumstances. I also would like to thank both ARO and Goodwood for their commitment and hard work.”

Commenting on the event ARO Finance and Commercial Director Genny Haynes said: “We are honoured that a contest of this quality will be our opening race of the season. That two of the leading contenders are renewing their rivalries in this race for a fourth time and are previous winners, underlines the appeal and durability of the breed.

“Though our season has been delayed, we are very grateful for the continued support of Qatar Racing and Equestrian Club and Goodwood racecourse of UK Arabian racing at this most challenging time. Though our season has been pushed back in the calendar due to the current circumstances, we are all delighted to have the opportunity to showcase our sport on the world’s stage once more.”