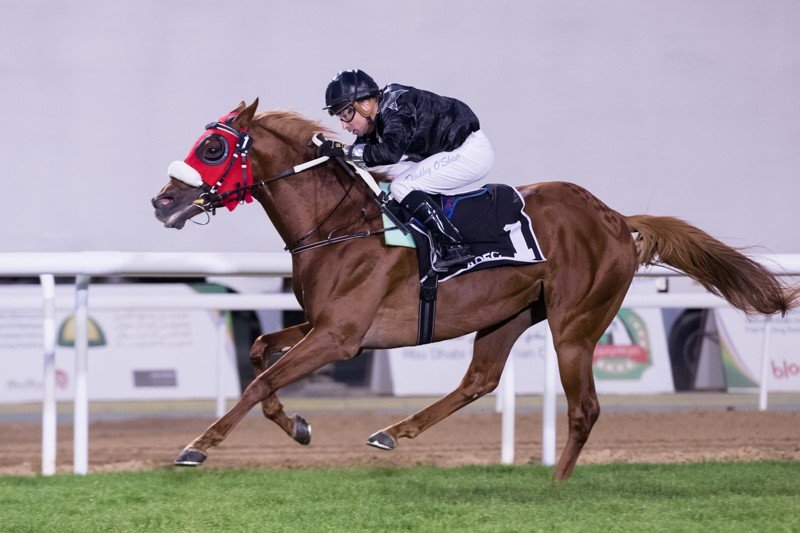 AF Alwajel (UAE) – Rider Tadhg O’Shea is happy with the gate drawn by AF Alwajel, after finishing his last piece of work last Sunday. O’Shea reported he rode the horse in training like he would ride him when tackling the big race. He said “Stall 1 is a good draw for him and we believe he will do well as he had a good workout last Sunday over this distance at the dirt track.

“The last time he ran it was the first time he was going over a mile and a quarter and we feel he’ll improve for it. He’s trained well over the trip again and is looking strong. During that workout he cantered before picking up pace as he entered the stretch.”

Al Zahir (UAE) – Trainer Ali Rashid Al Rayhi reported Al Zahir was happy and that his preparations had gone very much according to plan. He is expected to just be kept ticking along ahead of his run out of gate 3.

Al Rayhi said: “The draw is a good one and if he jumps well and keeps pace with the rest he will have a definite chance. He runs on dirt after a long time, but he seems to have adapted well to conditions and we are looking forward to running him Saturday.”

Hayyan (FR) – Trained by Frederic Sanchez, a former jockey who had a ride in the race in 2002, Hayyan came onto the dirt track at Meydan on Wednesday morning where he cantered once round the track and then quickened over the final 400m.

His trainer said: “We are only a small yard, so I ride him myself here in the morning. This morning we met up with Richard Mullen, who took over. The horse is in very good form. He is a very good traveler, as he already travelled as a 4-year-old and is used to it. The question remains how he will adapt to the track as he hasn’t run on it yet.”

RB Money To Burn (USA) – Trained by Eric Lemartinel in Abu Dhabi, the filly is preparing for her start at home and her trainer said: “She won in February and since then she has been ticking over nicely. She is not going to be doing any more work between now and the race. She has been drawn on the outside, but that is not a problem.”

The Kahayla Classic is the first race on the card for Saturday, 27 March 2021, Dubai World Cup day.