5 August 2021, USA ~ The Arabian Racing Association of California is back at Golden Gate Fields on 13 August with two Arabian Stakes Races. Located along the shoreline of San Francisco Bay, the one-mile (1,609 m) Tapeta synthetic track has provided the backdrop for a large share of the history of horse racing since 1941. Due to requirements from the COVID pandemic, racing where the city meets the bay will host Wine Country Racing from 6-15 August.

PARC racing club members Daniel and Liana Costa will be represented by
Prestons Lady AA, handy winner last year at GGF. She will be challenged by two other local mares, Skeedaddle, owned by Dorothy Burt, also a multiple winner, and Dream Pearl+, the 10 year old ‘War Horse” who continues to amaze with her spirit and determination.

Two other mares in the race, are DjuDjuSeq and the sprinter Aura Makarina who blew away the field at Pleasanton earlier this year.

(Nominations through ARAC. Entrants must have been a maiden before
1 May 2021. Further Conditions on www.arabianracingofcalifornia.com

Returning will be the winner of the first Wathba Stallions Cup, AA Rich Whiskey. This time she will be strongly challenged by the recent winner RB Hashtag, owned by Michael Garcia, and the PARC filly Dreamm, daughter of Dream Pearl, on her third out.

Unique to these two Stakes racing will be the dam (Pearl) and daughter (Dreamm) racing at the same track on the same day in back to back races.

The $12,000 prize money included $5,000 from the Wathba Stallions Cup and HH Sheikh Mansoor bin Zayed Al Nahyan Racing Festival. The Festival, begun in 2009, has been a steady sponsor of California Arabian racing since 2011. The California Wathba Stallions Cup races are run by nomination to entries that are maidens as of 1 May 2021. 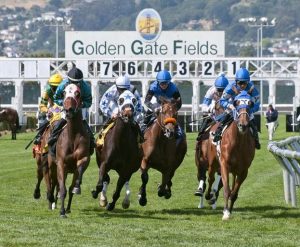 The HH Sheikh Mansoor bin Zayed Al Nahyan’s Racing Festival continues the vision to further international recognition to the Arabian race horse, breeders, owners and professionals in the world through sponsorship of races on six different continents. The Wathba Stallions Cup supports our horses at the grass roots level as they advance in their racing careers.