UAE Racing Takes Off on 29 October at Jebel Ali 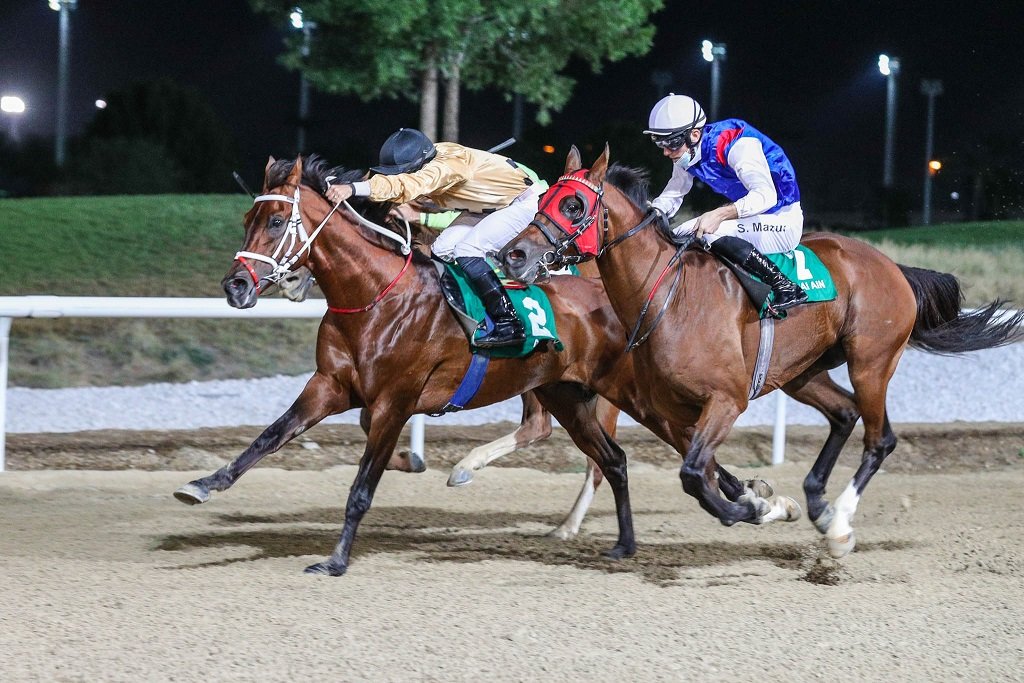 28 October 2021, Dubai, UAE ~ The 2021-22 UAE flat racing season kicks off on Friday, 29 October 2021, at Dubai’s picturesque Jebel Ali Racecourse, commencing the action at 1:45 p.m. for the first of seven fixtures. A highly competitive 1200m feature, schedule as the fourth race, tops the meeting, but the day is also filled with fresh and familiar faces—both human and equine.

On Saturday, 30 October 2021, Sharjah Longines Racecourse will host its first meeting of the 2021-22 season. Chief among those is the AED 100,000 HE Sheikh Dr Sultan bin Khalifa Al Nahyan Cup for Purebred Arabians over 1700m (about 8.5 furlongs). A prestige handicap, it has drawn a highly competitive overflow field of 16 with two reserves.

Topping the ratings at 80 is 9-year-old ES Nahawand, a UAE-bred Mohamed Daggash-trained four-time victor owned by Amhed Mohd Saif Murshed Al Marar. Consistent and appreciative of these conditions, he won over course and distance one year ago and has proven to be able to fire off a layoff. Pat Dobbs picks up the mount.

Veteran rider Adrie de Vries takes the reins on Al Wathba Racing’s Musheer Al Wathba, making his first start at Sharjah Longines for Jean de Roüalle. The son of Tahar de Candelon was a prestige handicap victor in March 2020 at Al Ain, but has raced sparingly since and failed to seriously factor in three runs in 19 months. Just a 5-year-old, the chestnut entire has every right to return to form.

Saad bin Suhail Salim Bahwan’s Omani invader Al Mufham SB has already proven an affinity for course and distance when winning in handicap company on April 3 and reunites with regular pilot Al Moatase Al Balushi from a well-drawn post four. A winner of four of his seven starts, the improving 4-year-old has won his last four races on dirt.

The always-capable yard of Ernst Oertel has entered a pair in AF Alajaj (Tadhg O’Shea aboard) and AF Kal Noor (Malin Holmberg)—both banner-bearers of champion owner Khalid Khalifa Al Nabooda. Drawing well on lights weights of 53.5kgs and 53kgs, the pair have won five of their 14 collective starts, with the former a 3-for-4, progressive sort who can run on either surface.

The nightcap handicap and lone Thoroughbred fixture is also over 1700m. HH Sheikh Hamdan bin Mohammed Al Maktoum’s 11-year-old five-time winner Fraserburgh will look to turn back time under Xavier Ziani, but must tote 59.5kgs in the process. Meanwhile, stablemate Lahmoom, less than half his age at five, appears well-spotted in this affair for trainer Salem bin Ghadayer.

Reigning UAE champion trainer Doug Watson has entered three, including EERC’s Rougher, who will try to live up to the promise he has often flashed in his unsuccessful efforts. Sultan Ismail Ahmad Abdulla Albalooshi’s Obeyaan and Salman Ali Alsabri’s Poet’s Mind give Watson a strong hand in this 12-horse test. Like Rougher, each has shown promise in the past and may have benefited from a summer of rest and relaxation.

A pair of Purebred Arabian maidens and handicaps, respectively, make up the day’s first four races, including an exciting straight 1000m/five-furlong maiden sprint in front of the grandstand to kick off the day. Oertel and Al Nabooda hold a three-pronged army in each of the maidens, topped by Tadhg O’Shea-piloted AF Marmuq in the sprint opener and AF Mukhrej in the 2000m second race. Both handicaps appear wide-open affairs over Sharjah’s niche 1700m distance on a day that will welcome back fans to the popular racecourse.
~ ERA