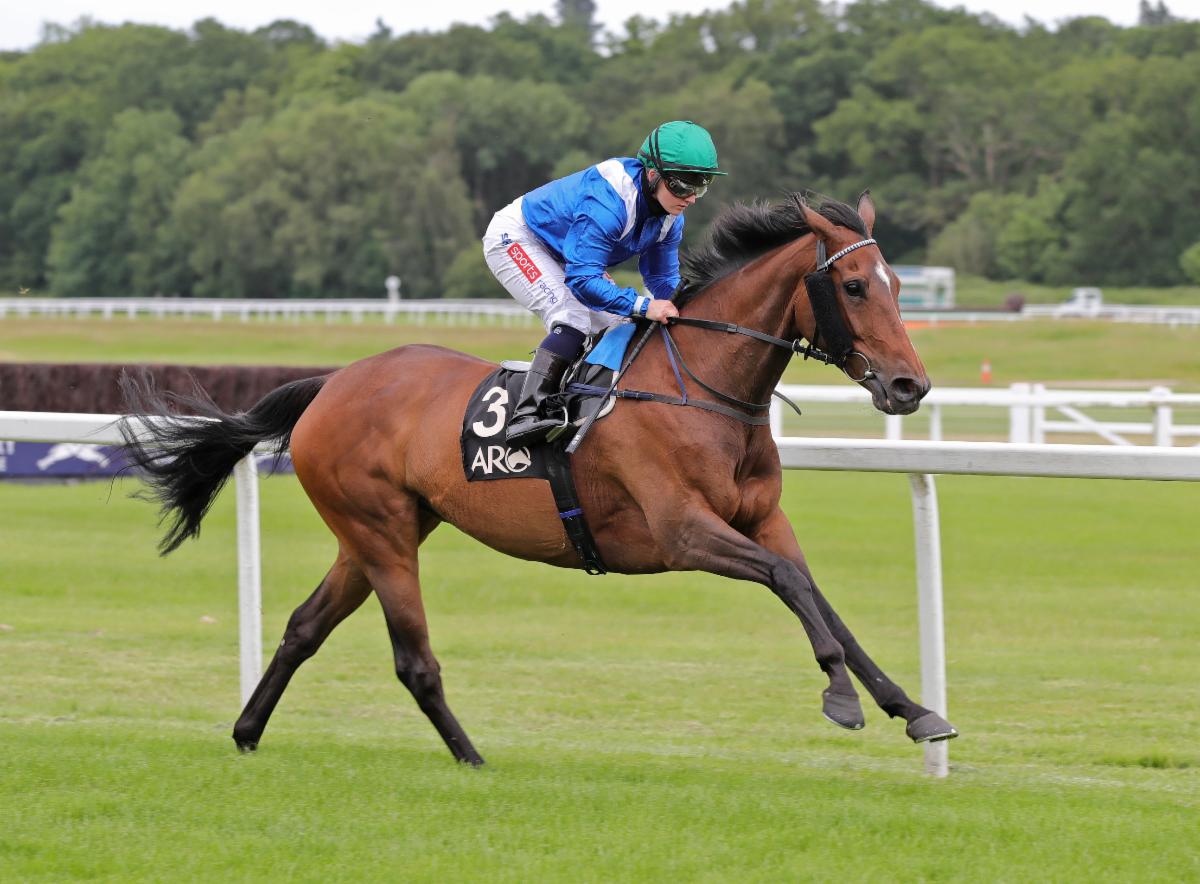 22 June 2021, Newbury, UK ~ It was a first win on an Arabian for Hollie Doyle, when she partnered the James Owen trained Farhaa to a near four length victory in thearabianracehorse.com International Conditions Stakes at Newbury this evening. It was a one-two-three for Shadwell Estates with the Phil Collington trained Loolwa in second and another Owen runner in Toofan third.

A delighted Doyle commented: “Farhaa was really straightforward and traveled beautifully, the further she went the better. I’d watched the replays of her races and she seems to travel well, but not find as much as you might think, so I just filled her up for as long as I could and let her lengthen at just under two furlongs out and she’s responded really well. I think she really loved this ground.
“My grandparents bred Arabians for racing and though they’ve sadly passed away now, my parents are getting involved again. My mum’s getting it back up and running and they’ve got two yearlings at home.”
Owen, who had won the race previously with Al Kaaser, when Farhaa was second was pleased with the mares’ performance saying: “She’s been a bit frustrating recently, but Hollie gave her a great ride. The soft ground definitely helped her today.”
The Arabian Racehorse’s editor, Debbie Burt commented: “It’s been a pleasure to support Arabian racing for nearly ten years and I couldn’t be happier to see a jockey of Hollie’s calibre win my race today. I’d also like to thank Shadwell Estates, Steve Blackwell and Nicki Thorne for supporting the race and congratulations to James and his hard-working team who are having an exceptional season.”
Genny Haynes, ARO Commercial and Finance Director said: “It was great to see Hollie gain her first Arabian win, as her family has such a connection with the breed and of course we congratulate James and Shadwell Estates for winning with a homebred mare. ARO is extremely grateful for Debbie’s continued sponsorship and it was also good to welcome representatives from the UAE to watch the race. It was also great to be back at Newbury racecourse who have always been so supportive of our racing.”
The Arabian Racing Organisation (ARO) returned to its home track of Newbury racecourse for the highly competitive renewal if the Thearabianracehorse.com International Conditions Stakes.  The race had a prize fund of £3000, with the winning owner receiving an original bronze trophy to the value of £650, plus mementoes to the trainer and jockey, and to the groom of the horse judged to be the Best Turned Out. The mile and a quarter race previously formed part of the DIAR prep series and the corresponding event was won by Al Kaaser in 2019.
Doyle was 2020 Sunday Times Sportswoman of The Year and HWPA Jockey of The Year in Britain: Riding on Top
Full Results:
~ end
Follow Horsereporter On Facebook