3 September 2020 ~ The Arabian Racing Organisation (ARO) welcomes a full field of 12 runners for their first domestic race of the season, the Wathba Stallions Cup Maiden Stakes. The 7f (1400m) contest will be the opening race on the card at Wolverhampton on Saturday, 5 September starting at 4.50 pm.

Current ARO champion trainer James Owen has five horses entered, three for ARO Patron and long-time champion owner HH Sheikh Hamdan bin Rashid Al Maktoum, two of which, Wanassa and Nadelshiba, are making their debuts. Also having their first outings are Serafim Forta from Forta Stud and Sattam for Owen’s own Racing Club which provided last years’ Champion Arabian, Tijaary. Former ARO champion trainer, Phil Collington has two for His Highness of which Mustafeed, runner-up over this distance last year must be strongly fancied to go one better. 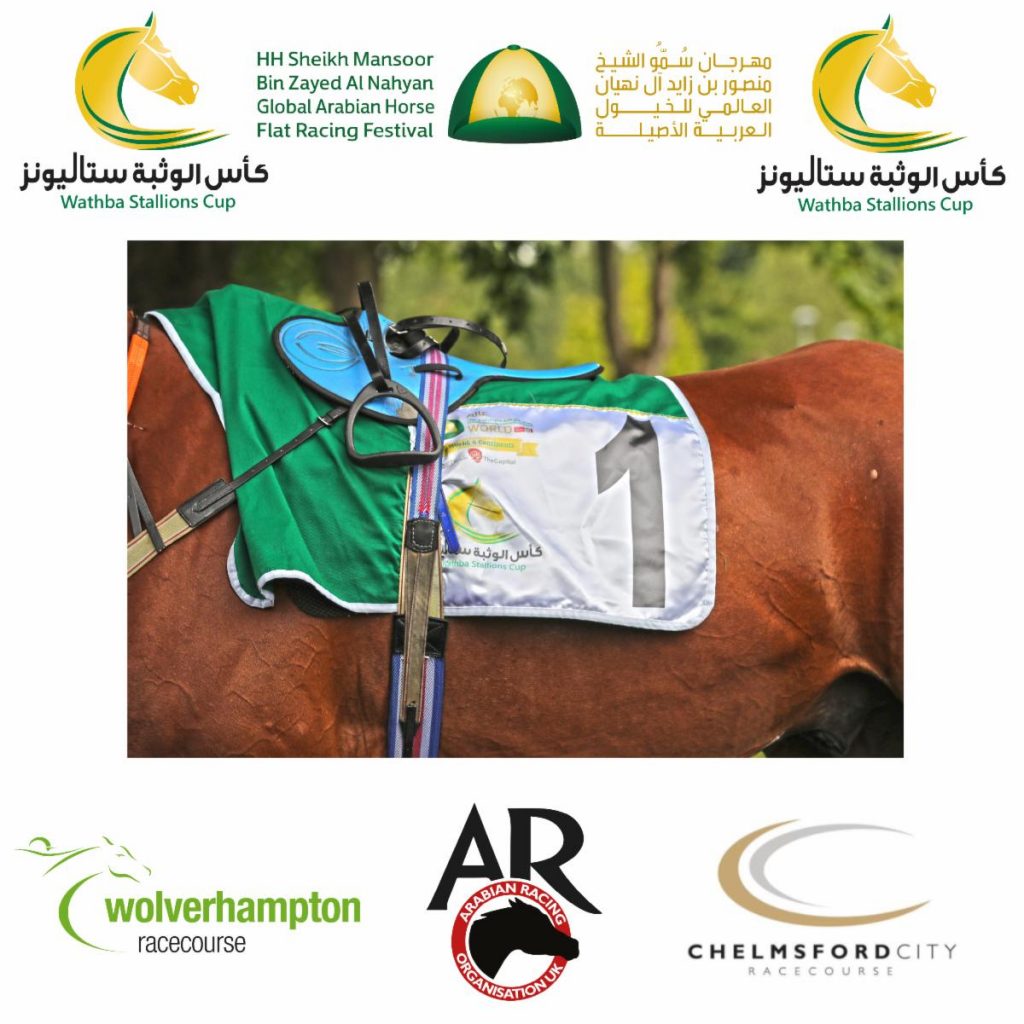 British based Zayin Arabians and Evermore Racing send two lightly raced homebreds in Zayin Zyperion and Kaymeleon. Both ran last season, but are likely to need a bit more experience. New to UK Arabian racing is Qatari owner Mohammed Al-Attiyah and his trainer Jessica Quinlan. They send two unraced colts, Al Shaamikh and Toufan Du Croate from their base at racing’s headquarters in Newmarket.

As in previous seasons, the Wathba Stallions Cup series is an integral part of the UK Arabian racing calendar. The series supports grassroots Arabian racing as part of the HH Sheikh Mansoor Global Arabian Horse Flat Racing Festival and is a popular addition to the program worldwide. The five UK Wathba Stallions Cup races will be held from September through November at Wolverhampton and Chelmsford City racecourses.

Genny Haynes, ARO Commercial and Finance Director said: “ARO is extremely grateful for the continued support of the HH Sheikh Mansoor Global Arabian Horse Flat Racing Festival, who held their first Wathba-supported race with us in 2011.The return of the HH Sheikh Mansoor Festival to the UK has been warmly received by our participants who have been waiting patiently for the start of our 2020 season.

“We also thank the British Horseracing Authority, Chelmsford City and Wolverhampton racecourses for the support and assistance in enabling our racing to go ahead during these challenging times. ARO remains committed to keeping all of its’ registered participants informed of updates to UK Arabian racing as soon as they are available, and we look forward to racing on Saturday.”