18 October 2021, California, USA ~ With the 20-21 Arabian race season for California coming to an on 17 October, the Wathba Stallions Cup was a large draw at the popular Fresno race track. 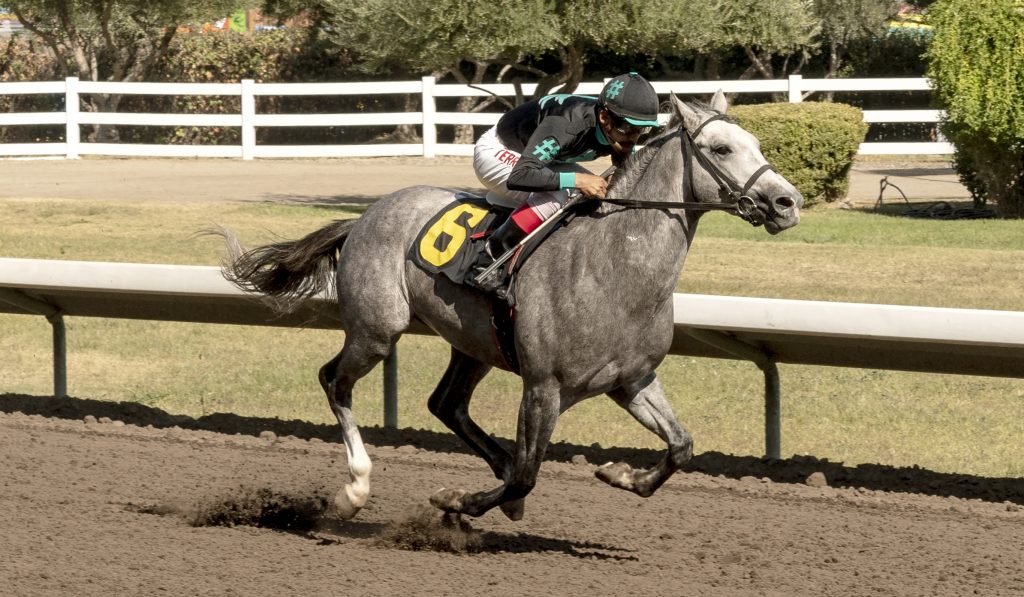 16 October – The third and final race of the three-race series was held in Fresno on 16 October and cementing a very good first season, the three-year-old colt, RB Hashtag (Nashwan Al Khalidiah x Hesster) ridden by Pedro Terrero took the winner’s pot of the $20,000 prize money. This was the colt’s second win from five starts in 2021 with trainer Terri Eaton and his first win at the Wathba Stallions Cup. RB Hashtag is owned by Michael Gomez.

RB Hashtag set the pace early on and had a clear lead through the stretch winning handily although the filly Dreamm kept up a good charge until just before the end. Naughty Greylinda came third. The winning time for the 5 ½ F was 1:12: 38. 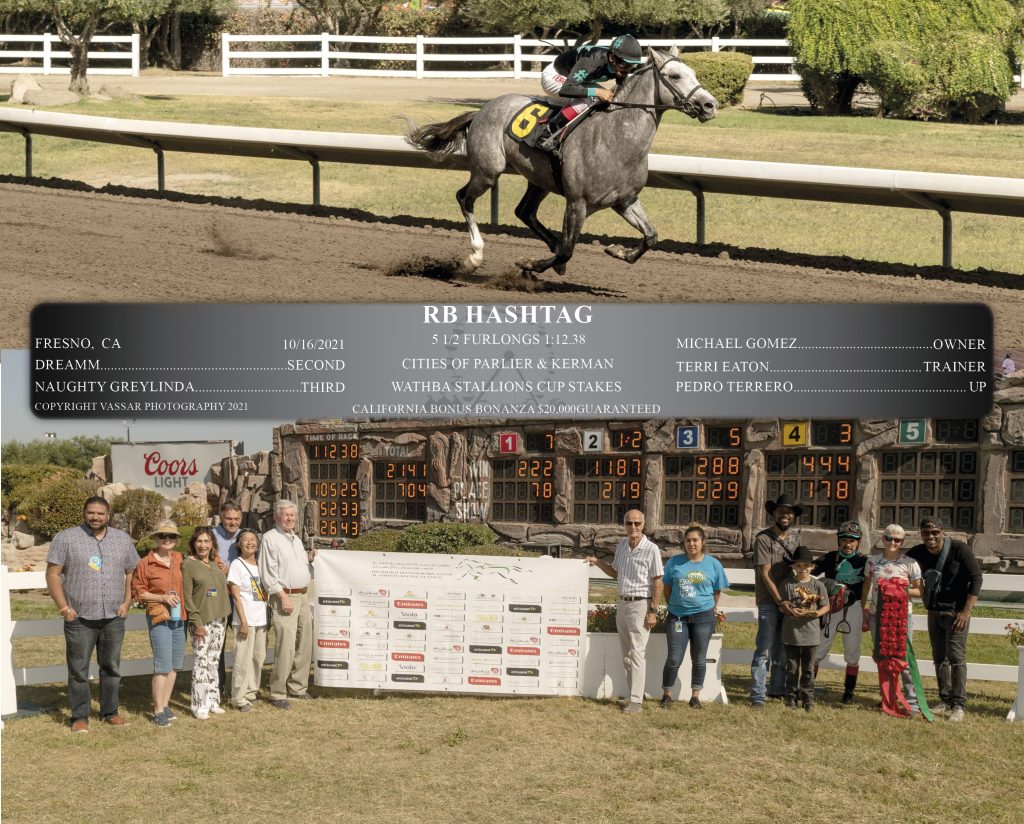 13 August – The second race of the series was run at the famous Golden Gate Field track, located along the shoreline of the San Francisco Bay, and was won by AA Rich Whiskey (TH Richie x Salsa Dancer CS) under Kevin Orozco for owner/trainer Howard Rubin. This  5 ½ Furlong race on Tapeta surface had prize money of $15,000. RB Hashtag sprang strongly from the gate and was only bested by the mare AA Rich Whiskey at the 1/8 pole, leaving the filly Dreamm with third. This was the second win in the Wathba Stallions Cup 2021 series for the five-year-old with a career record of 15 (2-2-3). Win Time:1:13:33. 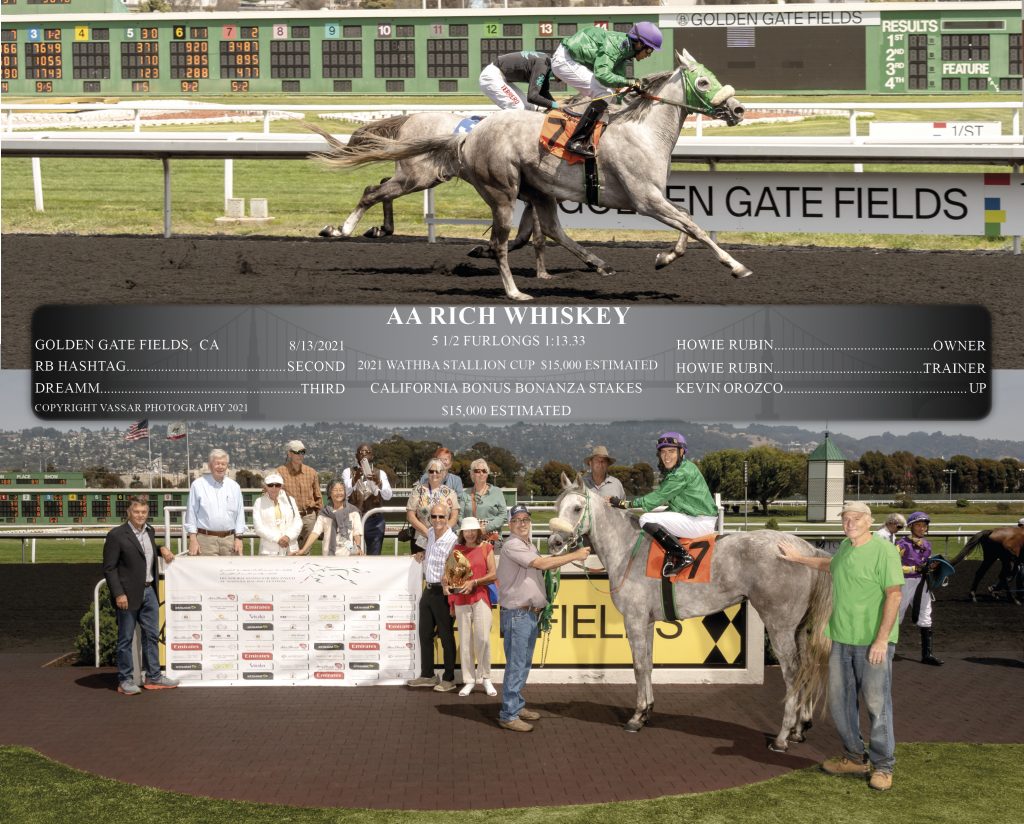 10 July – The first of the series races was run at the oldest horse racing track in America, dating back to 1858. On this day the track at Pleasanton saw six horses go to Post as favorite, Scorched, was a late scratch. 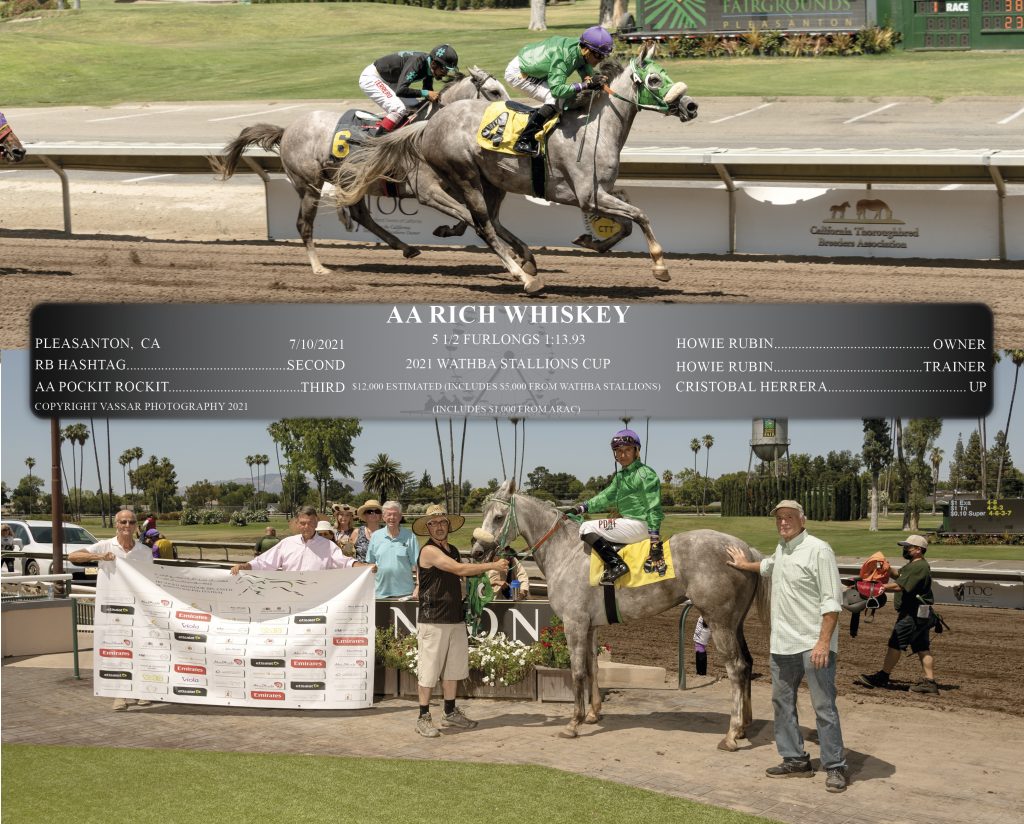 While the heat index in the area hovered at 107 F degrees, AA Rich Whiskey under Cristobal Herrera was all business.  The five-year-old mare stalked leader Pockit Rockit around the first turn until catching fire on the way home as RB Hashtag challenged the lead but did not have quite enough room at the end.  AA Rich Whiskey is by TH Richie x Salsa Dancer CS by Line Dancer and is owned and trained by Howard Rubin. RB Hashtag under Pedro Terrero came second running ahead of AA Pockit Rockit finishing third.The win time was 1:13:93 for the 5 1/2 Furlongs on the dirt.

Dr. Cory Soltau, ARAC President said, ” We want to thank the HH Sheikh Mansoor Festival for continuing with the Wathba Stallion Cup series that has helped support our California Arabian races for so many seasons.”

The Festival, begun in 2009, has been a steady sponsor of California Arabian racing since 2011.The California Wathba Stallions Cup races are run by nomination to entries that are maidens as of 1 May 2021.

The HH Sheikh Mansoor bin Zayed Al Nahyan’s Racing Festival continues the vision to further international recognition to the Arabian race horse, breeders, owners and professionals in the world through sponsorship of races on six different continents. The Wathba Stallions Cup supports our horses at the grass roots level as they advance in their racing careers.

All photos thank you Bill Vassar